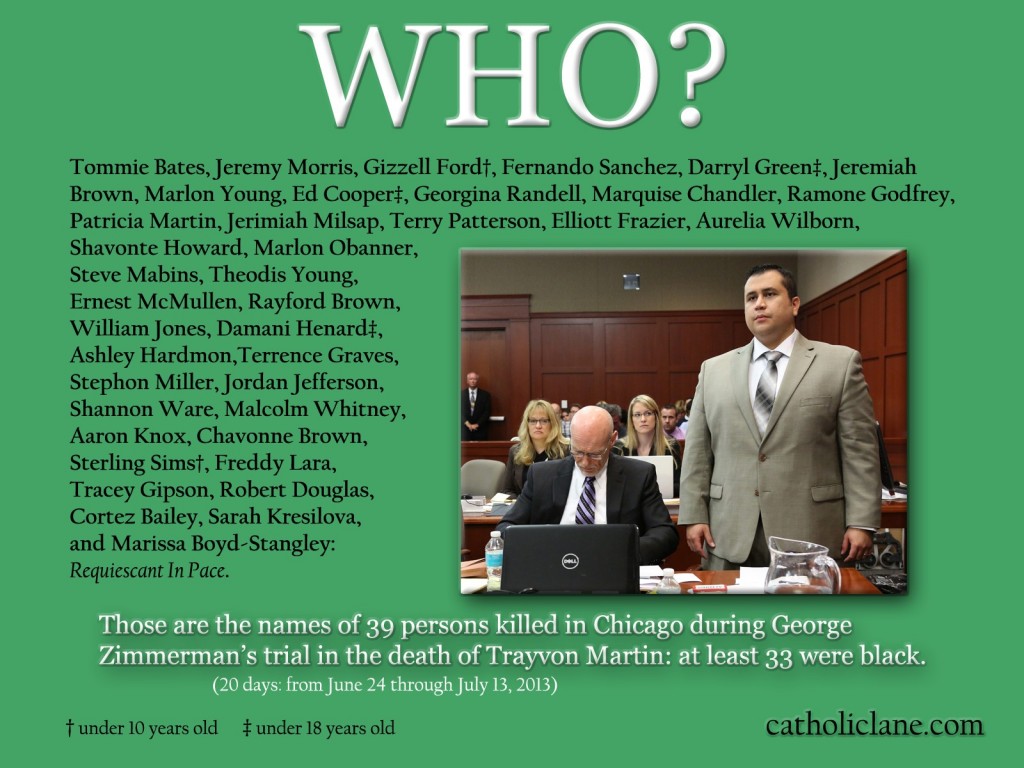 I wonder if Zimmerman went by Jorge instead of George — would we have ever heard of him or Trayvon Martin?

The juxtaposition of facts, figures, and imagery here is not meant to imply that the deaths in Chicago happened because of the trial — just that the nation was obsessed with a trial concerning one black’s death while people — mostly blacks — were being killed in Chicago during that same time at the average rate of two per calendar day.

Names and other facts are verifiable: spreadsheet via website.