Trending Now
You are at:Home»Featured»Why Boys in Girl’s Bathrooms?
By Joseph Backholm on June 14, 2014 Featured, Government & Politics, The Homosexual Agenda 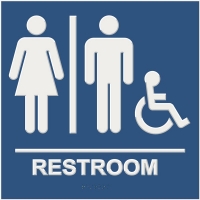 There’s a conflict between non-discrimination laws and religious freedom.

Where religious freedom exists to limit government’s intrusion into matters of conscience, non-discrimination laws invite government into private dealings and empower them to force people to do things they otherwise would be unwilling to do in the name of ending discrimination.

That is why florists, photographers, and bakeries are being forced by governments to do things that violate their beliefs despite the fact that this is an acknowledged and unambiguous assault on those individual’s rights of conscience.

But religious freedom isn’t the only thing being harmed by non-discrimination laws.

Good sense and public decency appears to be in the crosshairs as well.

In many jurisdictions, including Washington State, the definition of sexual orientation includes “gender identity”, “gender expression” or “transgender.”

This is where things just get silly.

Consider how this has been playing out all over the country:

These examples are just the start.

The way we feel does not change reality.