Trending Now
You are at:Home»Featured»Why Gun Control is Not the Answer
By Thomas Whittaker on January 7, 2013 Featured, Government & Politics, Law & Justice 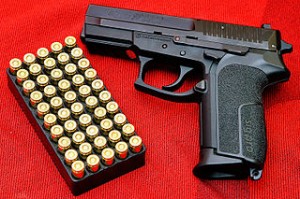 In 2012 America saw some of the worst mass shootings in the history of the country — the massacre at Oikos University in Oakland, California, the tragic shooting in an Aurora, Colorado theatre, the more recent heartbreaking incident in Newtown, Connecticut, and subsequent string of shootings which have erupted since. Understandably, people are asking questions about how to prevent these incidents in the future.

Some think they have found the answer. For decades there have existed political groups and individuals who hold the belief that guns are the real problem behind gun violence in the United States. Whether through increased gun control or the outright banning of personal possession of firearms, these people have decided that removing guns will end gun violence, and this view has now grown in popularity.

As popular celebrities passionately call for changes in our nation’s gun laws through viral videos and social media, impressionable young people are rallied to the cause in great numbers. Surely these people are acting upon true feelings of pity and humanity, but are they really working towards a goal which will solve the problem?

Secularist views hold that man is inherently good, but often faced with circumstances that render him incapable of doing any good. When being labeled a ‘victim of circumstance’ becomes common, it is not a difficult step to wrongly place the blame, in whole or in part, on the circumstance, in this case, the guns. Of course, strict gun control at first seems like a simple and logical solution — in order to prevent the ‘end’, remove the ‘means’ — and there are statistics both ways. Some show that tighter gun control reduces tragedies, others show that it does not. Some argue that the evidence is clear that tighter control reduces violence, others argue that it is not clear because there are other factors to consider or different windows of time to study.

It is also not solely the ‘victim’ mentality which has contributed to gun violence and general increase in crime over the past decades in this country. There has also been a steady disappearance of Christian morals. As America has let go of its Judeo-Christian traditions, Americans have lowered their moral standards in almost every aspect of personal and public life; the value of human life has been no exception.

For example, as our moral standards have been reduced, we are producing, purchasing, and pleading for violent television shows, horror movies, and dark video games, which, however subtly, are distorting this nation’s view on the value of human life. When we align violence in its various forms with modern entertainment and thrills, how can anyone be surprised when people act out this violence in real life?

Should we then seek to control or ban electronic media in order to stop violence? Where ought we ultimately land the blame? These technological tools are a means by which the sinfulness of our fallen human nature manifests itself.

If there is any attainable solution to the problem of rising violence in the United States, we cannot ignore that it centers on our fallen human nature. Through a return to even the most basic Christian morals, which had been a part of this American culture for centuries, perhaps we will see violence against human beings, in all its forms, significantly decrease. But such a return to these morals will not be easy. It will require political leadership which has the courage and wisdom to bring about changes in this country’s laws regarding the protection of human life, including in the womb. It will require changes in the public education system. Most of all, it will require a change of heart in Americans, something laws and controls cannot enforce.