Trending Now
You are at:Home»Columnists»Why Leakers Do It
By Russell Shaw on July 25, 2013 Columnists, Featured, Government & Politics 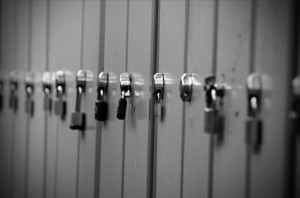 Why do leakers do it? Probably many Americans have asked that question lately, moved by the cases of Edward Snowden, the security contractor who spilled the beans about government surveillance of phone calls and electronic communication, and Bradley Manning, the army private who leaked documents allegedly showing American blundering in Iraq.

In passing, it’s easier to feel a bit of sympathy for Manning than Snowden.  After all, Manning’s leaking concerned an unnecessary war that left Iraq a shambles and helped destabilize the Middle East. Snowden, by contrast, leaked information about a program conducted under congressional and court oversight, with no demonstrated abuses of the system shown to have occurred.

But all that aside, what is it that motivates leakers? Without presuming to have the answer as it pertains to Snowden and Manning, I’d say–based on much exposure to leaking during 30 years’ experience in media relations–that three motives stand out in general. Often of course two or even three of them are operative in the same situation.

The first and by far the most attractive is altruistic–the desire to right a wrong or prevent a harm. But altruistic motives don’t mean the leaker is necessarily correct in his or her reading of the facts, only that he or she had good intentions. (Bear in mind, of course, what it is that paves, the proverbial road to hell.)

Next comes revenge, failing to get a promotion or losing out in an internal power struggle, the leaker turns to leaking to work off resentment. Needless to say, this exhibits one of the nastier aspects of human nature at work.

Third is the desire for self-aggrandizement. The leaker yearns to be a player in a high-stakes game, a media manipulator, a wheeler and dealer, a Deep Throat look-alike. Here is a quick and easy way for a little guy to be a big shot, albeit an anonymous one.

The practice of leaking is ubiquitous. Certainly it is present in the Church, as I was reminded time and again over the years. But even there it’s hardly new.  Thus systematic leaking was a notable feature at Vatican Council I (1869-70), practiced by both sides in the conciliar debates. It is very likely leaking would have started long before then if the necessary symbiotic relationship between leaking and the press had existed in earlier times.

On the whole, the national discussion stirred by Manning and Snowden–especially Snowden–is a useful one.

Even though the spying carried out by the National Security Agency involved no actual abuses, no violations of the law, a potential for serious abuse unavoidably does exist in a mammoth surveillance program conducted in secret by the use of state of the art technology. That underlines the need for continuing scrutiny by Congress, though not the posturing that some of our congresspersons are so quick to indulge in on occasions like this.

Two important values are in conflict here–privacy and security. But without dismissing the claims of privacy, security comes first when a choice between them has to be made.

Government security officials whose testimony I have no reason to doubt say that surveillance by NSA helped foil dozens of terrorist plots. Assuming continued, rigorous oversight of NSA, that’s good enough for me.

A more pressing question may be how callow young men like Edward Snowden and Bradley Manning came to have access to top-level national secrets in the first place. Is it the surveillance program or the vetting system that needs to be fixed?