Trending Now
You are at:Home»The Catholic Family»Marriage»Why Not Just Have an Affair?
By Steve Pokorny on January 20, 2011 Marriage

Take one quick look at the culture and it is easy to see that marriage is in big trouble.  There’s a very high divorce rate (somewhere near half of all marriages in America end in divorce), and that rate is improving only because many people are deciding to skip it altogether and simply cohabitate.  There aren’t any easy answers to this crisis and sadly, there are some who are interested in making a buck off of destroying marriages.

One threat to marriage comes from AshleyMadison.com.  Their mantra reads, “Life is Short. Have an Affair.”  In the past, it was a challenge to procure a relationship via illegitimate means, with society looking down upon such actions, but now it’s being radically pushed, with a digital pimp making the introductions.

Here in Texas, AshleyMadison.com is very popular, with 108,786 women and 247,991 men having accounts, with newlywed numbers increasing from last year to this.  According to the Star Telegram (June 12, 2010) in Dallas, Texas is only second to California in members, and San Antonio is only second to Houston in those looking to be unfaithful to their spouse. 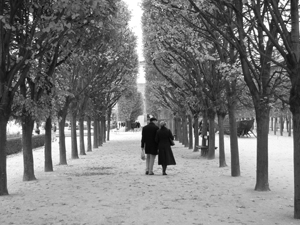 In one article I read about the site, people interviewed claimed to love their spouses and don’t plan to leave them.   In reality, they never knew what love was in the first place.

The men and women on this site have been caught in the world of fantasy that is pushed by the celebrity cult following.  From Tiger Woods to David Letterman to Jon & Kate, the public is being trained to think that marriage is supposed to make them happy, and if it doesn’t, then they should trade in their old model and seek happiness elsewhere.

The problem is not many people seem to know what will make them happy anymore.  Although people want fantasy, what they need is reality.  They need to discover the truth about life or they’ll never be fulfilled.  Just take a look at the celebs listed above and you’ll see that their extramarital activities have brought nothing but heartache to themselves and those that they “love.”

The truth about life is that we are called to love.  And love is not a cheap feeling that comes and goes but it is about making an irrevocable gift of ourselves.  One of the greatest examples of love is supposed to be reflected in the union between husband and wife.

At the altar on their wedding day, husband and wife promise to love one another freely, totally, faithfully, and fruitfully.  They promise, with their eternal salvation on the line, that they will strive to love with the same love that Jesus Christ has for His Bride, the Church.  On their wedding night, the couples speak these words with their bodies.

That’s right.  The language of sex has an intrinsic marital meaning, and although we’re free to choose whether or not to enter into the sexual act, we are not free to change the meaning of it.

Take the Mass for instance. The most common complaint heard from the pews is that the Mass is “Borrrring!” The reason for this is the failure to recognize what is truly occurring in the Mass, that God physically comes to be one with us.

Over the past century our society has tried to redefine the meaning of love, sex, and now marriage.  These three essentials of civilization have become meaningless, leading people to seek out more stimulating experiences or exciting relationships when the previous ones get stale.  Yet when we look at those who abandon their commitments and cheat on their spouses, we don’t see happier and more fulfilled people; instead we see shame and regret, not to mention the broken relationships and torn-apart families.

Marriage was never created to make us “happy,” at least, not primarily.  It was created, by God (not the state) to make us holy (literally “God-like”).  We were created to give ourselves irrevocably away to God, either directly (through the celibate life) or through the mediation of another human being (in marriage).  This path to holiness will inevitably lead to suffering because, as Blessed Mother Teresa said, “suffering is a byproduct of love.”  If we’re going to attain love that is real, then we are going to need to live life after the example of Christ.

Whereas AshleyMadison and the wider culture’s mantra are, “Love is cheap and meaningless.  Destroy whatever semblance of a relationship you have;” for us Catholics, our mantra is, “Love as Christ loves.  No matter the cost, no matter the sacrifice.”  Living a fulfilled marriage means committing yourself to your spouse no matter what, knowing that only in being committed to our promises will we find what we have always been seeking: true, real, and lasting love.