Not too long ago I came across a news piece on the mission of Barbara Harris, a woman who started a group called Project Prevention which offers $300 cash to drug addicts if they agree to get on “long term” birth control. According to their most recent statistics, they have paid 3,848 addicts, with tubal ligation as the number one birth control option chosen.

I commend Harris both for her role as a former foster parent and adoptive mother of four children born to a drug addicted woman and I certainly understand her frustration. A friend of mine who worked at a crisis pregnancy center in St. Louis once told me once that the one of the hardest parts of her job was seeing women, many of whom had a history of substance abuse, come in pregnant with their 2nd, 3rd, etc… child. These children often live in very unstable and abusive situations at home or they are taken away from their parents and put into foster care, sometimes even separated from their siblings. What’s worse, many of these women are having multiple abortions as well, or abusing alcohol and drugs while pregnant so their babies end up being born with Fetal Alcohol Syndrome or other drug-related conditions.

It’s maddening to say the least. Harris is right to be angry at the damage that these drugs do to children and she has loads of public support, but is paying addicts to get sterilized the answer?

I’d say it’s a bit misguided, at best. Chiefly because, as awful as their situations are, the children are not the problem. Substance abuse is the problem. Sexual immorality, and in many cases sexual abuse, is the problem. Eliminating the possibility of children being born is not an answer to either of these problems, nor is it a “positive step” for all addicts/alcoholics” as Project Prevention asserts on it’s website.

Project Prevention says that one of the benefits of sterilization for the addict is that it would prevent them from “the guilt and pain they feel each time they give birth only to have their child (sic) taken away.” But why is that a good thing? That only leaves them with less incentive to ever get clean. Certainly some addicts do choose drugs over their children, but for many others the feeling of responsibility for another person is powerful motivation to seek help for their addiction and the other problems in their lives. My friend saw this happen a number of times in her pregnancy resource center. That’s not to say that addicts should be encouraged to have children in the hopes that it’ll help turn their lives around. Nevertheless, new life is new hope, not a problem to be eliminated. 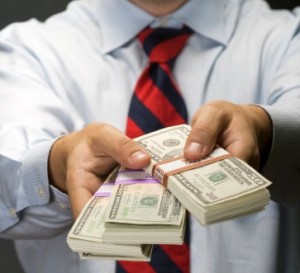 Not every addict is going to get pregnant or get someone else pregnant and just because someone is on drugs today, doesn’t mean he still will be tomorrow or several months or years down the road. Bribing them to undergo an unnecessary medical procedure to render themselves permanently sterile: a. sends the message that there is no hope for them to ever be rehabilitated and b. denies them the opportunity to start a legitimate family when and if they do finally get clean.

While I’m grateful that they’re not advocating forced sterilization this approach still has a eugenic feel to it and exploits vulnerable people, people who are at probably the lowest point in their lives and struggling financially. Drug addicts have been known to do anything for money, whether it’s to buy more drugs or to just pay their rent and buy some groceries. No doubt $300 in cash looks awfully good to someone broke or in debt from their addiction, even if it means they have to undergo unnecessary surgery to get it.

The welfare of children should be our highest priority, but using cash incentives to often poor and vulnerable men and women raises serious ethical questions.

Addiction is an epidemic in America and it is one disease we can not afford to underestimate. To their credit, Project Prevention does acknowledge that ideally every addict should have the opportunity to seek and find treatment. But such treatments, they point out, are not widely available and from my understanding the ones that do exist often come with a very hefty price tag that most insurance companies will not cover.

The bigger problem, I think, is that, because of the social stigma of drug abuse, support for drug addicts and their families is just lacking in society in general (a matter not helped by urging them to get sterilized). As one mother testifies, “When I had breast cancer I opened up the door and there were twenty women out there to help me. Everybody wanted to help me. But when my son was an addict I opened the door and there wasn’t anybody. So, you’re alone and you isolate yourself.” It seems to me there is less sympathy towards drug addicts because, unlike breast cancer and other similar illnesses, which the person does not ask for, substance abuse often begins as a personal choice. The problem is that eventually the disease of addiction takes over and the addict is no longer acting on his own free will.

By and large people with addiction don’t need “clinic” as much as they need “community” and, as it’s name suggests, that’s just what the Comunità Cenacolo is. It’s community. It’s family. It’s love. It’s hope. Not only are they dedicated to reaching out to drug addicts and their families, but their services are free and, through prayer, hard work and personal outreach, they provide for the underlying reasons many of these people turn to drugs in the first place — loneliness, low self-esteem and sense of self worth, selfishness and, of course, lack of faith. It is a “school of life”, providing for the complete person, not just helping them get “off drugs” but giving them the tools to deal with their defects when they re-enter the world and all its temptations. This is the kind of healing that needs to take place in order to truly build up a culture of life!