Trending Now
You are at:Home»Featured»Winning the Battle Against Al-Qaeda, Losing the War Against Jihad
By Raymond Ibrahim on September 14, 2011 Featured, Government & Politics 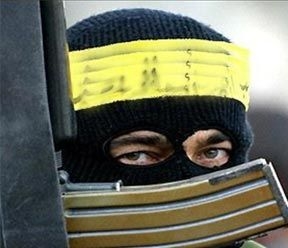 So long as the West focuses on names and faces in the so-called “war on terror”—as opposed to focusing on ideas and motivations — so long will it possibly win battles, even as it slowly loses the war.

[At] the ten-year anniversary of 9/11, we win another battle with the recent slaying of al-Qaeda’s number 2. According to the Associated Press, “U.S. and Pakistani officials said Saturday that al-Qaida’s second-in-command, Atiyah Abd al-Rahman, has been killed in Pakistan, delivering another big blow to a terrorist group that the U.S. believes to be on the verge of defeat.”

Splendid news. However, some context:

Before Osama bin Laden, the face of al-Qaeda, was killed, it made sense to announce, by way of prelude, the killing of various al-Qaeda members, such as Abu Omar al-Baghdadi, Abu Ayub al-Masri , Abu Laith al-Libi, the notorious Abu Musab al-Zarqawi, and any number of other “Abus” (and “Ibns”); it also made sense to exult, even if with hyperbolic headlines — “al-Qaeda receives devastating blow” — by way of saying the noose is tightening around bin Laden, who was next.

However, with the killing of bin Laden — the snake’s head, the face of terror, the heart of al-Qaeda—it is becoming a bit redundant for the administration to continue boasting over the killing of yet one more al-Qaeda member; just as it is redundant to continue asserting that al-Qaeda is on the “verge of defeat.”

After all, any number of analysts insisted that with the killing of bin Laden, al-Qaeda was as good as dead, thereby implying that whether this or that member gets killed is irrelevant. Peter Bergen, for example, declared that “Killing bin Laden is the end of the war on terror. We can just sort of announce that right now…. It’s time to move on.”

More to the point: the administration’s inordinate focus and optimism over the killing of the latest al-Qaeda member (one can place past and future names here ___) ultimately exposes its myopic approach — an approach that tries to localize the problem, to give it a face, to treat it as a temporal and tangible entity that can be defeated through arms.

The unfortunate fact is that, even if al-Qaeda were totally eradicated tomorrow, the terror threat to the West would hardly recede, since al-Qaeda has never been the source of the threat, but simply one of its manifestations. The AP report obliquely reflects this: “Senior al-Qaida figures have been killed before, only to be replaced,” even as the Obama administration is optimistic that “victory” is at hand.

To get a better perspective on the overall significance of the latest killing of an al-Qaeda member, consider how at the turn of the 20th century, the Islamic world was rushing to emulate the victorious and confident West — best exemplified by the Ottoman empire itself, the preserver and enforcer of Islam, rejecting its Muslim past and embracing secularism under Ataturk. Today, 100 years later, the Muslim world has largely rejected secularism and is reclaiming its Islamic — including jihadist — heritage, lashing out in a manifold of ways.

Consider how many Islamist leaders, organizations, and terrorists have come and gone in the 20th century alone — many killed like bin Laden — only for the conflict between Islam and the West to continue growing by the day.

It’s in this context that the Obama administration audaciously evokes the word “victory,” simply because yet another jihadist has been killed.

This, of course, is to be expected, considering the administration, which has a tendency to censor words — and thus knowledge — concerning the nature of the threat, just released a much vaunted policy paper on countering terrorism that never once uses the word “Islam(ism)” or “radical Islam,” while myopically fixating on al-Qaeda, one of countless jihadist organizations that seek to subjugate the West.

Despite its narrow approach, the administration itself has inadvertently conceded to the existential nature of the threat, as it has begun to acknowledge that lone wolf terrorists — jihadists who have no connection to al-Qaeda other than that they share the same worldview — are a greater threat.

As Attorney General Eric Holder put it, “the threat has changed … to worrying about people in the United States, American citizens — raised here, born here, and who for whatever reason, have decided that they are going to become radicalized and take up arms against the nation in which they were born.”

Note how Holder ignores the most important factor to understanding and ultimately defeating jihadists — their motivation — by dismissing it as “whatever reason.” Even so, the administration’s acknowledgement of the lone wolf jihad proves one thing: it is doctrinal ideologies floating among Muslims around the world — not just the caves of al-Qaeda — that create terror threats.

So when Counterterrorism chief John Brennan says that “Taking him out of commission is huge. There’s not another bin Laden out there. I don’t know if there’s another Atiyah Abd al-Rahman out there”—he can rest assured that while those two are gone, countless are the no-names out to emulate them, in a myriad of ways.

To conclude, by all means, target and kill terrorists, singly and collectively, and rejoice over it; but keep in mind that even if al-Qaeda were expunged from existence, while that would be a battle well won, it would not be the end of the war, which has been prosecuted in various forms and frequencies for fourteen centuries, and will not end with the elimination of this or that individual or organization.