Trending Now
You are at:Home»Learn & Live the Faith»Evangelization»Woman, Know Your Power
By Barb Lishko on August 1, 2015 Evangelization, Featured, The Feminine Genius, Women 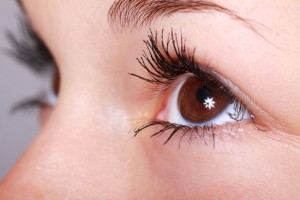 “Here we go again,” you might speculate, “another feminist tirade on ‘I am woman hear me roar.’” I’ll be roaring alright, but you might be surprised to find yourself questioning long-held, culturally-infused deceptions.

Ladies, it’s time to take a long look at where your life is, and where you once dreamed it might be.

One could say this rant has been a long time coming. It is often stifled, or dismissed as old-fashioned, or backward. The thing is, I can’t ignore the causalities anymore, especially after wiping a lot of tears and hearing personal stories from the wounded. While distinct, each contain a similar poisonous thread. The most insidious agent who peddles the propaganda is mainstream media. Passing the lies off as fruit which is “pleasing to the eye” but leaves one feeling used and betrayed. Sound like another familiar story? The fallout is a very confused, broken, lonely, miserable, female person. Sadly, they aren’t the only casualties.

Why do women tolerate being used instead of loved?

Why do they settle for usury sex and transitory companionship, instead of insisting on being treated as the astonishing, marvelous, mind-blowing pinnacle of creation worth slaying any dragon for?

Why do women remain roommates instead of wives?

Why does the lure of career leave one materially rich and maternally poor? Successful, yet devoid of genuine intimacy? Deprived, perhaps isolated? Unable to find a mate that truly holds her heart in complete tenderness and trust?

I’m just curious because the number of wounded escalates, and the madness continues with nary a consideration as to cause or solution. What simple modification might turn the tide? Am I being overly dramatic? Think again, look around, and pay attention.

What power am I referring to? The power women already have to direct their present and their future. Life is not a crap shoot. Guys will not just be guys. Unless we allow it.

Allow it? That’s right, we get what we permit. Aptly stated best by Crystalina Evert, “A guy will be as much of a gentleman as you require.” Ladies, do you require a gentleman or settle for a cad? Are your sights so low that any man will do? Any so-called “relationship” is better than being alone? You don’t believe in yourself, your value, or your priceless worth, do you? If you did, you wouldn’t be settling for so little.

One just needs to pay attention to how women present themselves to discover a clue to the value they place on themselves. If you tend to wear clothes that leave nothing to the imagination, reveal every dimple, curve, or bulge, you might just be sending the message that your body is the sum total of you. Are you not more than a hunk of flesh to be seduced, devoured, and discarded? Look at our sisters in Hollywood and the example they set in perpetuating this falsehood. Case in point: the 2015 Billboard Music Awards, the MTV Awards or the Met Gala (to name a few) where the norm is scantily clad females contrasted by well-dressed men.

The truth is these women are so incredibly talented, but it is far too easy to be distracted by their outlandish display of outdoing each other in exposing flesh. They have, in the world’s standards, “arrived.” Yet, instead of celebrating their achievements, they diminish their worth and reduce themselves to simply flesh to be ogled. Designer Herrera said this about the “naked dresses” of late: “They’re trying to get people to pay attention to them. In life, there should be a little mystery.”

You mean these women are not satisfied with the millions of fans, dollars, and notoriety? They do this for more attention? What kind of attention? How they devalue the integrity of womanhood!

Things will change when women decide enough is enough. Women can’t complain about not being respected when all they show the workplace and the world is that they are nothing more than a body. Are we a gift to be unwrapped and discovered over a lifetime, or easily purchased for a drink and dinner? Men will step up if given something to shoot for. As long as they can have all their carnal needs met without having to be courageous, self-disciplined, or a gentlemen, there is no reason to become anything more.

I believe there is a man, in every man, who desires a woman worth dying for: someone singular, self-possessed, mysterious, and worth spending a lifetime getting to know.

Will you be that woman?