Trending Now
You are at:Home»Learn & Live the Faith»Catechesis»‘You are Gods’
By Rev. Tucker Cordani on April 1, 2012 Catechesis, Columnists, Featured, MyChurchParish.com 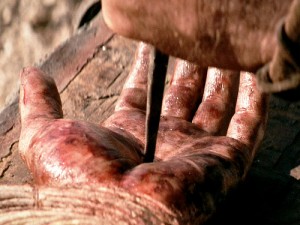 It has been said that the worst human sinfulness happened that day on Calvary when the creatures attempted to kill the Creator.  The very people that God came to save rejected him and nailed him to the cross but in doing so they did not realize that they were rejecting themselves and the own love of God in their hearts and that also they were having themselves nailed to the cross but their own crucifixion apart from him obtained no salvation because they are not the eternal God.

Would that he could kill himself — he could not because he is the Life and the Resurrection, so he delivers himself into our haughty hands for the death blows. Still we are saved.

And in being saved we also have to be crucified with Christ. As St. Paul says “It is true that he was crucified out of weakness” (ours) but he lives by the power of God” — the God Who is the Way and the Truth and the Life.

The Father promised to give us his Son, Jesus Christ. It is a gift accepted in the awful knowledge that I did not deserve it and could not earn it for myself because I  — I — hold the hammer in one hand and the nails in the other.   The creature that is crucifying the Creator is unable to pay for the sins that only the Crucified can afford.  If the law of the Lord says ‘you are gods’ then in trying to kill God we are killing ourselves, yet… we can’t do this because God is in us and you can’t kill God.

God has laid a trap for us, that our death-dealing sins deal to God the death that expiates them.  This is compassion beyond comprehension.

As we enter Holy Week we pray: Lord Jesus, I am grateful to carry my cross side by side with you.  May I truly accept the cross, the glorious cross of Christ.