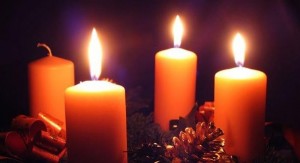 Have you ever had one of those days when you just wish God would show up, snap his figures and work miracles? The people of Israel had about 500 years’ worth of days like that, groaning under the oppression of one tyrant after another. The book of Isaiah gives voice to these sentiments: “O that you would rip open the heavens and come down, with the mountains quaking before you!” (Is 63:19).

The problem is that he answered their prayer. He showed up, in person, working miracles beyond anyone’s wildest expectations. But they failed to recognize him. In fact, they crucified him.

How could this have happened? The analysis of Jesus is that they were asleep on the job (Mark 13:33-37). Sure, they busied themselves with a variety of activities, including pious practices. But constant movement can lull you to sleep, like a baby on a long car ride. Asleep means unconscious. Unaware. Lethargic. “There is none who calls upon your name, who rouses himself to cling to you” (Is. 64:50). Lip service is not enough. Making God a manageable part of one’s life is not enough. He demands to be worshiped, which is to say that He must take center stage, be at the top of the priority list. We are not just to believe He exists, but to avidly pursue Him.

He promises to come again. But this time it won’t be in a hidden way. He won’t be wearing swaddling clothes, but judge’s robes. Advent first and foremost is a time to remember that he’s coming back and that we must be better prepared for his second coming than the Israelites were for his first.

So what has our society done with Advent? It has turned it into the shopping days before Christmas. As if we weren’t already distracted enough from the things of God, now it’s time to totally drown out the still, small, voice with the “fa-la-la-la-la” of Christmas carols. Between the frenzy at the mall and the party at the office, it is easy to get anesthetized, numbed to the true reason for the season.

Have you heard the joke about the young priest who rushes into the pastor’s office and says “The Lord has been spotted walking up the aisle of the church. What do we do?” The pastor looks up with alarm and says: “For God sake, Father, look busy! Look busy!”

Jesus in Mark’s gospel makes it clear that it won’t be a pretty sight if he shows up only to find us spiritually snoozing. It’s not a question, though, of just being busy, but being busy with the right things, busy pursuing God and doing his will.

The Puritans recognized the ways that holiday merriment distracted people from the true meaning of Christ’s birth. Their solution was to completely ban the holiday and its associated festivities. The Catholic approach is not to ban it but to use it. In the preoccupation with buying Christmas gifts for all of our loved ones, do we remember that he has bestowed upon us a vast array of spiritual gifts (1 Cor. 1: 3-9) designed to ready us for his coming? There are the gifts of the sacraments, the treasury of Catholic prayer and spirituality, the rich heritage of heroes and saints, the charisms and gifts of the Holy Spirit. Wouldn’t it be great if this year’s Christmas list was filled with gifts that would help people unpack God’s spiritual gifts? . . . presents that would actually have something to do with Jesus, whose birth we celebrate? And how about if we disciplined ourselves to precede every visit to the shopping mall with a visit to the Blessed Sacrament? And maybe as we deck the halls, we should devote at least equal attention to clothing ourselves with the virtues that will please Him even more than the holly and the ivy.