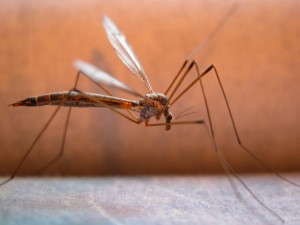 The headlines and lead stories on the latest Zika virus outbreak are concerning, especially to those who are pregnant or have young children. One report tells readers: “The World Health Organization has just declared the Zika virus to be a public health emergency. There’s good reason to believe that Zika causes a severe birth defect called microcephaly, which is associated with abnormally small heads, underdeveloped brains, and reduced life expectancy. As rates of Zika infections have skyrocketed in Latin American countries, so have reports of these birth defects.”

Within the context of this single paragraph, we hear the fire alarm for abortion proponents. Dragging out the big guns and the most chilling of adjectives, these folks are adept at picking up on the words “severe birth defect” and embracing the idea that now is the time to rush ahead, expand abortion rights, and “protect” women.

The country confronting the largest threat right now from this cruel mosquito and its sting is Brazil. There, “President Dilma Rousseff called for eliminating the Aedes aegypti mosquito that carries the virus.” But Tewodros Melesse, director general of the International Planned Parenthood Federation, said the response to Zika should include “strengthening family planning programs and access to safe abortion services.” Two very different responses indeed.

In Brazil the laws on abortion are extremely rigid, yet the current hysteria surrounding the virus has created a firestorm in the media. But Brazil’s health minister, Marcelo Castro, said it would be up to Congress to loosen abortion laws: “The government, he said, is sticking with the current law that makes abortion in the world’s largest Roman Catholic country illegal except in cases of rape and risk to the mother’s life.”

Meanwhile, Population Research Institute reports that many pro-abortion organizations are joining together to petition Brazil’s highest court to allow abortion for those women exposed to the Zika virus. And “the radical pro-abortion group Women on Waves has also advertised that it is currently offering abortion inducing drugs free of charge to women in countries affected by the Zika outbreak.”

Bradley Mattes, president of Life Issues Institute, writes, “No one doubts that the situation is frightening. And poor women are by far the most affected. But instead of pressuring governments to control the mosquito population in poor areas—a key factor in defeating yellow fever in the late 1800s—pro-abortion activists want to control the baby population.”

Such devout dedication to child killing as a treatment for a serious epidemic appears to have no limits when the act of abortion is more sacred to such people than eradicating the threatening mosquito.

There is no question that the Zika virus is a tragic problem and that finding a proper antidote must be a top priority for the World Health Organization and others fighting to control the spread of this dangerous viral infection. But rather than feeding the pro-abort hysteria, we should be taking our cue from the United States’ Centers for Disease Control, an organization that has made it clear that there is insufficient evidence to argue that the Zika virus alone is causing serious birth defects. According to the CDC, “Studies are under way to investigate the association of Zika virus infection and microcephaly, including the role of other contributory factors (e.g., prior or concurrent infection with other organisms, nutrition, and environment). The full spectrum of outcomes that might be associated with Zika virus infections during pregnancy is unknown and requires further investigation.”

As we strive to support those seeking ethical responses to the dreaded virus, we are ever mindful of the fact that the end game is not ending the pregnancies of women possibly exposed to the virus, but ending the mosquito at the heart of the epidemic.

That is how genuine Zika virus opportunists should be focused.