Trending Now
You are at:Home»Columnists»99¢ Can Buy You a Practical Answer to Our Nation’s Woes
By Jann FritzHuspen on March 28, 2012 Columnists, Featured, History, Live in Christ, On Books, The Social Order 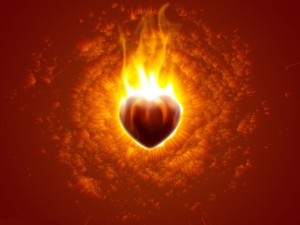 Archbishop Charles Chaput has written one of the most insightful pieces of our time on modern journalism and the role, or should I say, “non-role” of religion in today’s public square. His searing piece, A Heart on Fire: Catholic Witness and the Next America, is a must read for all those who seek to live an authentic Christian life in these perilous days of global religious persecution and the disenfranchisement of religion right here in the United Sates. And you can download it for just 99¢ to your computer or your reading device here.

Chaput begins his clarion call by revisiting prophetic words from more than sixty years ago. George Orwell, Chaput points out, saw an erosion of free thought and expression “unique to democratic societies” in the journalism of his day. Remember, Orwell wrote his novel Nineteen Eighty-Four in 1949, a time that most of us of think of the United States as being solidly Judeo-Christian in thought and culture.

At any given moment, there is an orthodoxy, a body of ideas, which it is assumed that all right-thinking people will accept without question. It is not exactly forbidden to say this, that, or the other, but it is “not done” to say it… [And] anyone who challenges the prevailing orthodoxy finds himself silenced with surprising effectiveness. A genuinely unfashionable opinion is almost never given a fair hearing, whether in the popular press or in the highbrow periodicals.

Isn’t this our experience as Christians, today? Isn’t this exactly what we as Catholics now encounter in the media in our current culture? I was one of the 2,200 who protested the Obama administration’s HHS ruling last Friday at the Federal Building in St. Paul, MN. More than 54,000 people protested in more than 140 U.S. cities around the country last Friday, March  23, but where was the news coverage? Did you read or hear about this in any one of your regional news sources?

This bizarre phenomenon of “non-reporting” is but one of the important concepts that Chaput discusses in his essay. He goes on to say:

[A] new body of ideas seems to shape the limits of acceptable thought in American public life…[It] influences the selection of news and how it gets presented. It informs which opinions are appropriate and which won’t be heard. And it is rigorously intolerant. At its core, it involves a set of assumptions about the purpose of government, and the meaning of marriage, family and sexuality, that differs sharply from past American habits of thought [emphasis added].

…[T]oday’s news coverage of religion is often marked by poor reporting skills, ignorance of subject matter, and an undercurrent of distaste for religious believers and their convictions.

…When these flaws go unacknowledged and uncorrected—as they often do, especially in coverage of religion’s influence on culture and politics—they undermine our public life because they cripple the honest presentation of facts.

We are in an election year, and the left-leaning media is more powerful in its sway on our nation’s unwitting masses than any multimillion dollar Super PAC. A true democracy depends on informed, intelligent citizens, but we can no longer count on the media for accurate information or objective reporting any more than we can count on the current president to keep his word on protecting the rights of conscience.

Our national leadership in 2012 seems deaf to matters of religious freedom abroad and unreceptive—or frankly hostile—to religious engagement in public affairs here at home… This marks a break with most of American history.

…We face a global crisis in religious liberty…But Christians are not the only victims. Nearly 70 percent of the world’s people now live in nations where religious freedom is gravely restricted.

Remember those principles that we, as Americans, find “self-evident”? Life, liberty, the

pursuit of happiness? The dignity of the human person, the sanctity of conscience, the idea of a civil society preexisting and distinct from the state, among others? These principles are not widely shared elsewhere, and they are being quickly and very deliberately undermined here in the U.S.

[W]e cannot understand the framework of American institutions—or the values that these institutions are meant to promote and defend—if we do not acknowledge that they grow out of a predominantly religious worldview.

…[R]eligious freedom is humanity’s first and most important freedom…[and the]American experience of personal freedom and civil peace is inconceivable without a religious grounding and a predominantly Christian inspiration.

Chaput also reminds us of Father John Courtney Murray’s prophetic words in his 1940s work, The Construction of a Christian Culture. Murray’s words give us a bitingly accurate picture of our nation today:

American culture, as it exists, is actually the quintessence of all that is decadent in the culture of the Western Christian world…It has given citizens everything to live for and nothing to die for. And its achievement may be summed up thus: it has gained a continent and lost its own soul.

If Murray wrote this seven decades ago, what would he observe and write today? This is where Chaput’s words should strike each of us to the core, as the Truth is meant to do, with its two-edged sword. If it cuts us deeply to the heart, if it cuts us to the marrow, it is meant to do just that:

[W]e Christians—including we Catholics—helped shape [our culture]with our eagerness to fit in, our distractions and overconfidence, and our own lukewarm faith.

…Too many people who claim to be Christian simply don’t know Jesus Christ. They don’t really believe in the Gospel. They feel embarrassed by their religion and vaguely out of step with the times…[Their] religion…doesn’t reshape their lives because it isn’t real…and has no transforming effect on their personal behavior, no social force, and few public consequences.”

But Archbishop Chaput, because he is a wonderful shepherd, does not leave us in pain with only a clear diagnosis of our disease and no means for a cure. He gives us our hard to swallow prescription. He tells us boldly that, “We make the future.”

Of course, he is right. We can and do make the future.

We start a revolution, a witness that “sets fire to the human heart… a revolution of love.” He tells us, his flock:

A genuinely Catholic life should feed the soul as well as the mind; should offer a vision of men and women made whole by the love of God, the knowledge of creation and the reality of things unseen; should enable us to see the beauty of the world in the light of eternity; and should help us recapture the nobility of the human story and the dignity of the human person.

Jesus said, I came to cast a fire upon the earth, and would that it were already kindled.”

So what are we waiting for? Grab your torch and start a fire! Start a fire in your own heart, in your own family and church, and in your sphere of influence. Then, as Archbishop Chaput admonishes,“…[S]tart that blaze and then help it grow!”