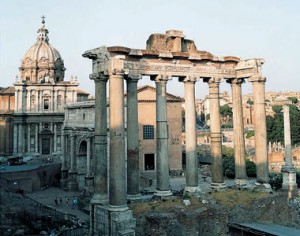 Claude Guéant, the French interior minister, sparked a firestorm last month when he praised Western values as “superior” to the oppressive ones found elsewhere, namely the Islamic world. Yet the controversy did more to spotlight an area in which the West clearly trails its rivals: self-confidence. If a government official cannot extol the unique virtues of freedom and equality that define Western life without being cast as a bigot by the politically correct, how can they be safeguarded against the highly motivated forces of Islamism, which doubt neither the superiority of their own principles nor the righteousness of imposing them on others?

“Contrary to what the left’s relativist ideology says, for us, all civilizations are not of equal value,” Guéant, a member of President Nicolas Sarkozy’s Union for a Popular Movement, told a conference on February 4. “Those which defend humanity seem to us to be more advanced than those that do not,” he averred. “Those which defend liberty, equality, and fraternity seem to us superior to those which accept tyranny, the subservience of women, social and ethnic hatred” — a truth that would be hammered home a month and a half later by a jihadist murdering Jewish children in Toulouse. Thus, Guéant underscored the need to “protect our civilization.”

The response from the aforementioned relativists was swift and hostile, led by the Socialist Party of François Hollande, the apparent frontrunner in this spring’s presidential race. Pierre Moscovici, Hollande’s campaign chief, called Guéant’s observations “a premeditated, willful, conscious gesture” to secure rightist votes for Sarkozy. He is “targeting Muslims,” Moscovici added. Prominent Socialist Harlem Désir condemned Guéant’s words as a “pitiful provocation” reflecting his party’s supposed “moral decline.” Hollande spokesman Bernard Cazeneuve accused Guéant of attempting to “hierarchize humanity,” while the Young Socialist Movement decried his speech as “xenophobic and racist.” Serge Letchimy, representing Martinique in the National Assembly of France, went farthest of all when he addressed Guéant in parliament, saying, “You bring us back day after day to those European ideologies which gave birth to the concentration camps.”

To their credit, Guéant stood by his remarks and Sarkozy supported him. “Obvious words to note that not all civilizations have the same worth regarding the humanist values that are ours,” Guéant later explained to Le Figaro. “Who can contest that there is a difference in values between a civilization that favors democracy, protects individual liberties … promotes the rights of women, and a civilization that accepts tyranny, accords no importance to liberties, and does not respect equal rights between men and women?” Many people, it seems.

Guéant is hardly the first politician to be raked over the coals for touting the exemplary characteristics of the West and shining a negative light, directly or indirectly, on Islam. Indeed, the row recalls one that erupted days after 9/11 when Silvio Berlusconi, Italy’s prime minister at the time, maintained: “We must be aware of the superiority of our civilization, a system that has guaranteed well-being, respect for human rights, and — in contrast with Islamic countries — respect for religious and political rights.” The reaction was fierce. Belgium’s prime minister cautioned that such “dangerous” language “could feed a feeling of humiliation” among Muslims, an Italian opposition leader chided Berlusconi for “using terms that no statesman worthy of the name has used,” and another likened him to Osama bin Laden. Berlusconi quickly backtracked, with his office citing his “deep respect for Islam, a great religion … which preaches tolerance” and “respect of human rights.”

Of course, the political figure best known for bluntly comparing the Western and Islamic worlds while suffering the establishment’s wrath is Dutch parliamentarian Geert Wilders. “We will have to end cultural relativism,” he stressed in Rome last year. “To the multiculturalists, we must proudly proclaim: Our Western culture is far superior to the Islamic culture. Only when we are convinced of that, we will be willing to fight for our own identity.”

The ancient military thinker Sun Tzu taught that victory in any conflict is achieved by understanding not merely one’s adversary, but also oneself. Applied to the struggle against Islamism, this starts with Westerners grasping that which they are charged with preserving: a unique cultural patrimony — born in Athens, Rome, and Jerusalem and nurtured during the Renaissance, Enlightenment, and American Revolution — that sustains the freest and most prosperous civilization in the historical record.

Yet as the response to Guéant demonstrates, appreciation of this Western “self” has grown thin in many circles. Due to “post-modernism, moral relativism, and multiculturalism, the West has lost all self-confidence in its own values, and seems incapable and unwilling to defend those values,” argues Ibn Warraq, author of Why the West Is Best. “By contrast, resurgent Islam, in all its forms, is supremely confident, and is able to exploit the West’s moral weakness and cultural confusion to demand ever more concessions from her.”

Warraq declares that if their system is to endure, Westerners must acknowledge that “the great ideas of the West — rationalism, self-criticism, the disinterested search for truth, the separation of church and state, the rule of law and equality under the law, freedom of thought and expression, human rights, and liberal democracy — are superior to any others devised by humankind.” Likewise, it is critical to compare Western ideals to those of the Islamists, which are antithetical to liberty and increasingly threaten it. A glance at how women and minorities are treated by strict Islamic law is sufficient to expose multiculturalism’s “lie that all cultures are worthy of equal respect and equally embracing of individual freedom and democracy,” to quote reformist Muslim Salim Mansur.

The advance of Islamism can be checked only if the West unabashedly reasserts its core values. As feminist icon Phyllis Chesler warns in her review of Warraq’s book, liberalization of the Islamic world “will never happen unless Westerners engage in the most spirited defense of Western freedoms,” because “this is the best way we can strengthen our like-minded allies who are trapped in theologically fundamentalist Muslim countries.” The same vigor is required at home to reverse deleterious multicultural policies that have fostered extremism, not integration. David Cameron, the British prime minister, has contended that the remedy involves “less of the passive tolerance of recent years and a much more active, muscular liberalism” that “believes in certain values and actively promotes them. … It says to its citizens, this is what defines us as a society: to belong here is to believe in these things.”

At the very least, governments need to draw a clear line between Western principles that will not be surrendered and Islamist ones that will not be tolerated. Hints of the requisite approach are seen in Canada’s citizenship guide, which states that the country’s “openness and generosity do not extend to barbaric cultural practices” such as honor violence and female genital mutilation, and the German interior minister’s recent comments that “those who reject freedom and democracy have no future here.”

Jihadists’ ultimate success or failure at “eliminating and destroying the Western civilization from within” and institutionalizing Islam in its place, a goal enunciated by the Muslim Brotherhood, depends more on the West than the Islamists. It will never come to pass unless it is facilitated by a slow-motion cultural suicide at the hands of leftist elites who insist that no society is better than any other, downgrade their own civilization’s accomplishments, do nothing to protect the West, and smear anybody who contradicts them.

Will the decades ahead be shaped by unapologetic pride in the West’s objectively superior system, as voiced by Claude Guéant? Or will the mindset of his critics prevail, thus sapping morale, projecting weakness, emboldening Islamists, and accelerating the decay? If the former, the West will survive — because it will have chosen survival. If the latter, the new barbarians will not have to climb over the gates as in days of yore; they will simply stroll through the ones opened for them by Western apathy.