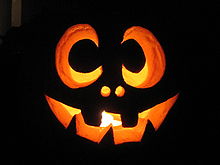 Not until it got dark!

That was the trick-or-treating rule my mother set down every year. She didn’t want me to embarrass her by interrupting families still having dinner.

I hated the rule. Tommy Gillen and I had big plans to hit as many houses as possible before we had to come home.

It was the 1970s, after all. Schools weren’t yet banning Halloween treats and activities. There was no kid obesity epidemic. There weren’t many modern sensitivities at all.

I dressed as a hobo, a Depression-era fellow, with dirt on my face, carrying a bundle tied to a stick over my shoulder. That would surely be considered insensitive today.

We didn’t care about our costumes much anyhow. All we cared about was the candy, regular kids’ gold –– especially because candy and junk food were hardly ever permitted in our homes the rest of the year.

Thus, our Halloween mission was to pack as much of it into a pillowcase as we could.

Despite urban legends about candy laced with poison or needles, parents allowed their 10-year-old kids to roam the streets unmonitored, banging on front doors miles from home.

Tommy and I refined our plan every year.

We’d start with the bigger houses on the other side of the tunnel, where the “rich” people handed out a panoply of full-size treats: Hershey’s, Nestle Crunch, Milk Duds, Good & Plenty, Almond Joy, $100,000 Bar, Twizzlers, Snickers, Milky Way, Kit Kat, M&Ms and Peanut M&Ms, Reese’s Peanut Butter Cups and the granddaddy of them all, Mallow Cup.

We knew which houses to hit and which to avoid. There was always some lady who handed out popcorn balls or Rice Krispies marshmallow bars.

Hey, lady, we’d think, our mothers can make those at home! Get us some real candy next year!

After miles of walking, we’d hit the small ranch houses in the adjoining borough. The people there were nice but, boy, did they grate on a kid’s nerves.

Many handed out nickel candy –– one-fifth the size of a regular bar. We had to hit five houses to equal one lousy bar.

Or, worse, they handed out crunchy peanut-butter Clark Bars, which were made locally and were, therefore, cheap. The only thing I hated more than a Clark Bar was a Zagnut, which was, I’m pretty sure, a Clark Bar coated in toenail clippings.

Tommy and I kept knocking on doors well beyond our 8:30 p.m. deadline. We never arrived home until after 10 p.m., our feet raw.

Our mothers would lecture us for embarrassing her by knocking on people’s doors so late, while our dads would “check” for wrappers that appeared to be tampered with to “make sure there were no needles in there.”

We all know how that turned out.

Then we locked ourselves in our bedrooms to take inventory. What a thrill to dump a full pillowcase of candy onto the carpet, organize it category and bask in our newfound wealth.

Of course, I’d soon be overcome by the fear that my sisters would get their hands on my stash. So I spit on it!

Alas, that’s how Halloween was for kids in the ’70s.

What it was really about was allowing kids to collaborate, plan and execute without adult interference.

It took cunning, self-reliance and risk for a kid to make it home with a pillowcase full of Halloween treats.

I don’t eat candy often these days, but when I do Peanut M&Ms are one of my favorites. Every time I tear open a bag, the scent of peanut and chocolate instantly transports me back to Halloween as a kid more than 40 years ago.

(An excerpt from Tom Purcell’s new book, “An Apple Core, a Toilet: Misadventures of a 1970s Childhood.)