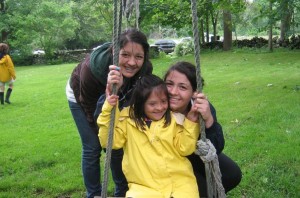 The Holy Father’s universal prayer intention for September was, “That the mentally disabled may receive the love and help they need for a dignified life.” This is such a timely prayer. In recent weeks there has been a steady drumbeat to dehumanize and marginalize those with mental challenges, especially those with Down syndrome.

For example, in early August of this year an Australian couple, Wendy and David Farnell, made news when they seemingly abandoned one of their children in Thailand because he had Down syndrome. They conceived twins by IVF and paid a surrogate in Thailand to gestate them. After the children were born they returned to Australia with their healthy daughter but left their son with Down syndrome in Thailand with the surrogate. There are unanswered questions as to the exact circumstances surrounding their actions but the couple is clear that they did not want a child with Down syndrome.

David Farnell explicitly states that he was angry that the surrogacy agency had not made the diagnosis of Down syndrome early enough to abort his son. When the Farnells went to Thailand to gain custody of their daughter they fully expected the agency to give them a refund because one child was disabled. Mr. Farnell insists, “I don’t think any parent wants a son with a disability. Parents want their children to be healthy and happy.”[i]

The Farnells speak of their children as if they are commercial goods to be bought and sold. It seems perfectly logical to them that they be able to return the “damaged product” and receive their money back.

This incident was soon followed by Richard Dawkins, evolutionary biologist and militant atheist, declaring that it is immoral to knowingly bring a child with Down syndrome into the world. He was involved in an exchange on Twitter and advised a woman to abort her unborn child with Down syndrome and “try again.” His remarks drew a frenzy of criticism but he responded to his critics with the declaration that intentionally giving birth to a child with Down syndrome would increase the level of suffering in the world and would therefore be immoral. He even suggests that for the sake of the child, it is better that the child never be born than to suffer the mental and physical challenges of such a genetic disability.[ii]

Most recently, a mother in South Africa filed a “wrongful life” lawsuit on behalf of her son with Down syndrome. She claims that her son suffers from the disabilities of Down syndrome precisely because the Foetal Assessment Center in Cape Town failed to inform her of the possibility of Down syndrome. Had she known of this potential outcome she would have aborted her son. Like Richard Dawkins, this woman contends that prenatal death is preferable to life with disabilities.

Such arguments are not new. Currently it is estimated that over 90% of the children prenatally diagnosed with Down syndrome are aborted.[iii] In 2007 the American College of Obstetrics and Gynecology (ACOG) changed its prenatal screening recommendations from screening for Down syndrome in pregnant women over the age of 35 to screening all pregnant women. They were concerned that too many prenatal diagnoses were being missed and too many children with Down syndrome were still being born. In 2011 Denmark went so far as to declare the country would be Down syndrome free by 2030 through a program of aggressive prenatal testing and abortion.[iv]

Perhaps what is new is the openness with which people express their disdain for those with an extra chromosome. It is no longer seen as extreme or distasteful to openly declare that you would rather your child be dead than alive with Down syndrome.

Rayna Rapp, a former abortion clinic worker, surveyed parents who were undergoing prenatal testing with the intention of having an abortion if their unborn child was diagnosed with Down syndrome. The responses are chilling. Consider the following:

“To want to do, the things you want to share with a child—that to me is the essence of being a father.”

“I have an image of how I want to interact with my child, and that’s not the kind of interaction I want, not the kind I could maintain.”

“What about me? Maybe it’s selfish, I don’t know. But I just didn’t want all those problems in my life.”

“It’s devastating, it’s a waste, all the love that goes into kids like that.”[v]

The common thread in these responses is that each of the justifications sees parenthood as the acquisition of a child for the benefit and pleasure of the parent. There is no conceptualization of parenthood as a generous gift of self to a child received as a gift from God. It is not surprising, therefore, that when a child fails to meet expectations such a narcissistic view of parenthood deems the child to be disposable.

Such an attitude demeans and dehumanizes all children. What is needed is a revitalization of the understanding of parenthood as a vocation. Becoming a parent is a calling to accept the gift of life in whatever manner God chooses to bestow it. Every child is made in the image of God and should be welcomed accordingly.

Therefore, let us continue Pope Francis’ prayer that not only will we be capable of offering all those with mental disabilities love, care, and respect, but that we build a culture that is willing to see the beauty and intrinsic dignity of all of God’s children.