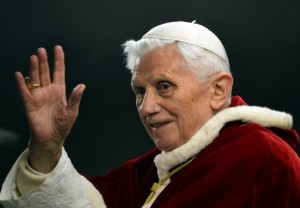 I have hesitated to write a commentary on the resignation of Pope Benedict XVI because I believed that the words he used when he made the announcement were sufficient. He did not suggest a secret illness or a conspiracy afoot or anything of the kind. He said quite plainly and most sincerely, “After having repeatedly examined my conscience before God, I have come to the certainty that my strengths, due to advanced age, are no longer suited to an adequate exercise of the Petrine ministry.”

It had been my privilege over the past 16 years—since the time Pope John Paul II appointed me to the Pontifical Academy for Life—to have learned a great deal about that Holy Father’s closest ally, Cardinal Joseph Ratzinger. Ratzinger’s writings were extensive and, after the conclave that elevated him to Pope Benedict XVI, his encyclicals, books, and public addresses have continued to teach, inspire, and spiritually support anyone who wishes to live and act consistently with Catholic doctrine. For that I am eternally grateful to this holy man.

When American Life League launched its campaign seeking the obedience of bishops in enforcing Church law regarding the denial of Holy Communion to those public figures who claimed to be Catholic, yet who also gave their support to abortion, it was the Ratzinger memo entitled “Worthiness to Receive Holy Communion” that became our guiding light.

The Holy Father never abandoned truth. One of his strongest American supporters, Phil Lawler, said of the Holy Father’s resignation,

So why has he chosen to resign, if he can still perform his duties so well? The answer, I suspect, is that he cannot perform those duties often enough to satisfy his own standards. He can analyze and preach and teach, but only with sufficient rest. As the rest periods grow longer, and sessions of work shorter, he cannot do all that he sees must be done.

Lawler also pointed out, as have others, that during the Holy Father’s pontificate, many of his top senior staff have not acted in accord with his statements, but have attempted to blunt or even misinterpret what he said. The example of his teaching on the use of condoms as a “treatment” for AIDS comes to mind as but one glaring example of this sort of contradiction. And there are many more!

We should remember these words from his first Mass as pope:

“Pray for me, that I may not flee for fear of the wolves.”

Is he fleeing from the wolves, especially those within the Church, who he knew would inevitably, incessantly attack him during his pontificate? Very doubtful. They have been even more ferocious than he anticipated in response to his determined rolling back of some of the chaos that followed Vatican II and his strong rebukes to all the elements of the culture of death. Benedict’s resignation should instead, in my opinion, be seen as a deeply humbling self-sacrifice to pave the way for an urgently needed stronger pope and stronger Church.

To that I would add that, by his very example, the Holy Father has illuminated with clear and convincing courage what is expected of a pope during such challenging times. Shortly after his announcement, during his February 13 general audience, he said:

It is not easy to be faithful to Christian marriage, practice mercy in everyday life, leave space for prayer and inner silence, it is not easy to publicly oppose choices that many take for granted, such as abortion in the event of an unwanted pregnancy, euthanasia in case of serious illness, or the selection of embryos to prevent hereditary disease. . . .

What is at the core of the three temptations that Jesus suffered?  . . . It is the proposal to manipulate God, to use him for your own interests, for your own glory and success.

Everyone should then ask: What is the role [of]God in my life? And is He the Lord or am I?

What a fitting challenge for the Holy Father to each of us in view of the fact that he has clearly listened to God and has made the decision he has discerned is the Lord’s will for him at this crucial time in the life of the Church. His very action teaches us what it means to be humble before the Lord.

As we thank God for Pope Benedict XVI’s holy example, let us pray that the Lord will be with the cardinals during their time of decision.