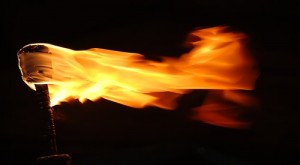 A review of the Popes in the twentieth century find them fighting a fierce battle against the forces of secularism, atheism, and malevolance that have consumed Western Civilization. Collectively these forces, referred to as “Modernity,” are merely contemporary expressions of the evils that have collapsed empires and civilizations for thousands of years. The election of our new Holy Father, Francis, must be evaluated in light of the twentieth century popes, beginning with Pius XI.

Just a few months after the Lambeth Conference of 1930, where the Anglicans opened the door to contraception, Pope Pius XI issued Casti Connubii, the great defense of marriage that resonates especially today in the United States:

How great is the dignity of chaste wedlock, Venerable Brethren, may be judged best from this that Christ Our Lord, Son of the Eternal Father, having assumed the nature of fallen man, not only, with His loving desire of compassing the redemption of our race, ordained it in an especial manner as the principle and foundation of domestic society and therefore of all human intercourse, but also raised it to the rank of a truly and great sacrament of the New Law, restored it to the original purity of its divine institution, and accordingly entrusted all its discipline and care to His spouse the Church.

5. And to begin with that same Encyclical, which is wholly concerned in vindicating the divine institution of matrimony, its sacramental dignity, and its perpetual stability, let it be repeated as an immutable and inviolable fundamental doctrine that matrimony was not instituted or restored by man but by God; not by man were the laws made to strengthen and confirm and elevate it but by God, the Author of nature, and by Christ Our Lord by Whom nature was redeemed, and hence these laws cannot be subject to any human decrees or to any contrary pact even of the spouses themselves. This is the doctrine of Holy Scripture;[2] this is the constant tradition of the Universal Church; this the solemn definition of the sacred Council of Trent, which declares and establishes from the words of Holy Writ itself that God is the Author of the perpetual stability of the marriage bond, its unity and its firmness.[3]

Pius XI’s successor, Pius XII would famously condemn Nazism and help orchestrate the rescue of Jews, going on to win the universal praise of Europe’s Jews both during and immediately after World War II. The greatness of the man and his actions would only be rivaled by the magnitude of the calumny against him a generation later by a socialist playwright.

Pius XII responded more in action than by Encyclical, and 80% of the priests and religious of eastern Europe paid with their lives for the response of the Church through the sheltering of Jews.

Pope John XXIII set the Church on the course toward engaging the world in a new and fresh manner by calling for the Second Vatican Council. Himself a veteran of the First World War, as stretcher bearer and chaplain, John served Pius XII as Cardinal during the Second World War, orchestrating the rescue of Jews. During his papacy, as reported by Wiki:

In 1965, the Catholic Herald quoted Pope John as saying:

We are conscious today that many, many centuries of blindness have cloaked our eyes so that we can no longer see the beauty of Thy chosen people nor recognise in their faces the features of our privileged brethren. We realize that the mark of Cain stands upon our foreheads. Across the centuries our brother Abel has lain in blood which we drew, or shed tears we caused by forgetting Thy love. Forgive us for the curse we falsely attached to their name as Jews. Forgive us for crucifying Thee a second time in their flesh. For we know what we did.”[6]

In the time between the Lambeth Conference of 1930, and 1968, the year it seemed the world was teetering on the brink of anarchy, the world had seen WWII, the Holocaust, Cold War, Korean War, Vietnam War, Wars to end colonialism around the world, a rash of assasinations, the advent of the sexual revolution, Margaret Sanger’s Negro Project, the eugenic sterilizations of scores of thousands of humans, the development of the birth control pill, and the complete abandonment of the unified condemnation of contraception by all of Christendom except for the Catholic Church.

In that year of 1968, Pope Paul VI issued Humanae Vitae, which reaffirmed 2,000 years of Catholic Christian teaching on the right use of sex in marriage, and which underscored Casti Connubii. Five years later the United States would adopt legalized abortion, going on to slaughter 56 million babies, adding to the 1.8 Billion abortions worldwide since 1960.

In that time, a little-known bishop from behind the Iron Curtain would write an even less well-known book, Love and Responsibility. He would follow Paul VI as John Paul II, who would take on radical feminism, communism, capitalism, and the sexual revolution in the most intellectually and theologically proliferative pontificates of all time.

Along the way, the formality of the Papacy began to change. John XXIII dropped the regal “we” when visting youth in institutions, using the more personal, “I”. The Second Vatican Council changed a great deal, and Paul VI ended the practice of papal coronations. John Paul II eschewed a great deal of formality and reveled in the presence of youth.

Pope Benedict XVI eliminated the papal tiarra from the papal coat of arms, a practice maintained by Pope Francis, who has also eschewed the use of the papal apartment, wearing of the Apostolic Stole during his first appearance, and has adopted a host of other less formal and common touches.

While the papacy has undergone something of an informal transformation in recent decades, the responses of the popes have only grown firmer and more frequent in the face of Europe’s and America’s civilizational collapse. Benedict made an outreach to Europe the thrust of his papacy, an attempt to convert the cradle of Christianity from the embrace of ‘modernity’ and return her to her former dignity and glory.

He was roundly rebuffed, and so the torch has been passed to the brown peoples of the Southern Hemisphere where the Church is alive and growing, where nations battle against United States and European demands for legalization of abortion, gay marriage and contraception as prerequisites for financial aid.

From this hemisphere comes a pope who rode the bus to work, eschewed a palace in favor of a small apartment, and who cooked his own meals. He was the bishop of an impoverished people and sees the world somewhat differently than those of us in the Northern Hemisphere. He will not bend to us, but bend us to his vision of the world as seen through the eyes of a shepherd whose people’s plight has been largely unseen by America and Europe.

Pope Francis has dealt with the evil of poverty and the evil of a United States and Europe who have tried to leverage his people’s poverty by coupling the abandonment of the faith as a prerequisite for foreign aid. There will be many who find his approach difficult to bear. Wounded pride will be the leaven of that difficulty.

Those in the media and on the left who are praising his simplicity will be disappointed, bitterly so, when that does not translate into an embrace of a “liberal” agenda. This Pope, like his predecessors, begins from where his predecessors have left off. It is too early to say where he will place his emphasis, but I suspect that the artificial dichotomy between the life issues championed by the orthodox wing of the Church, and the social justice issues championed by the anarchist wing, may well be reunited by a Pope uniquely positioned to do so.

We in the north have largely abandoned the faith. It will be interesting to see how the south leads now that the light of faith and universal leadership has been handed to them.