Trending Now
You are at:Home»Featured»How One Life Can Change Everything
By Leticia Velasquez on April 2, 2013 Featured, On Books, Parenting 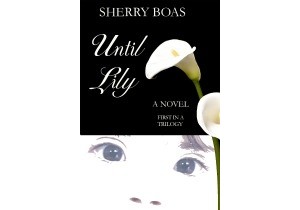 In every person’s life, there should be a person who, as C.S. Lewis says, “hears the song in your heart and can sing it back to you.” Through this devoted love, one overcomes fears, hurts and selfishness, and the soul expands.

For the Lovely family in Sherry Boas’ fictional Lily series, this person is the one they all thought would be a burden because she has Down syndrome. After all, as a child, Lily was stubborn to a fault, slow to speak and prone to overeating. She required extra supervision, lest she wander into traffic or lose her hamster in the hole in the wall. Whatever she ate, she wore all over her body.

Caring for Lily and her two siblings was a responsibility Auntie Bev hadn’t asked for; she and her husband, Jack, were childless, happily absorbed in their separate activities in a quiet, orderly home. The last thing they needed was three suddenly motherless children left behind by Bev’s single sister Jen, whose life was cut short by cancer. Bev did her best to cope with the sudden responsibility, yet she allowed bitterness to take root, alienating her husband, who left her alone with the children. When the older two married and moved away, there was no one left but Lily, the one Bev had resented the most.

Fast-forward a few decades: Parkinson’s disease has robbed Bev of her independence, leaving her helpless in a nursing home, and Bev has realized that Lily is a blessing she didn’t deserve. Yet Lily never kept score; Bev could no longer walk by herself, so Lily took her trembling hands in her soft ones, carefully walking backwards, as if she had all the time in the world, down the hallway from the dining hall to the bedroom. Lily introduced Bev to the gentle Father Fitz, who helped Lily bloom spiritually like a tropical plant, lending fragrance and warmth to a dying woman’s final days. It was Lily who accompanied Bev as she drew her last breath and then found herself looking for another family member to bless.

The story of Lily’s life is told in a series of novels: Until Lily, Wherever Lily Goes, Life Entwined With Lily’s, and The Things Lily Knew. It’s a story of a life fully lived, how an innocent person who gives unbounded love sheds Christ’s light on a darkened world.

Author Sherry Boas is a seasoned journalist and loving mother of a daughter with Down syndrome. From her own experience, she is able to draw a realistic picture of the joys of raising a child with an extra dose of stubbornness. Her characters are intricately drawn — full of faults, strengths and idiosyncrasies. Lily, though innocent and loving, is not a one-dimensional angel. She is a living, breathing person, who, despite a tendency to eat candy bars which aren’t hers, will win your heart. She will cause you to reflect on whether you have a Lily in your own life: a person who draws out the best in you and loves you wholeheartedly, yet whom you don’t recognize as God’s gift to you.

The Lily series goes on to tell of Lily’s impact on her siblings and nieces, how even Beth, the deeply disturbed teenager who shut out her family, wasn’t immune to the loving influence of Aunt Lily. Few can resist the tenacious love of Lily, least of all her long-absent father, Pedro, whom she draws into her family circle from his home hundreds of miles away. Father and daughter develop a spiritual bond which absorbs the rest of the family as much as it leaves them spellbound in its spiritual intensity.

Cleverly woven into these novels are aspects of Catholic moral and social teaching, from welcoming the stranger to the beauty of the vocations of marriage and the priesthood to the sanctity of human life from conception to natural death. But Boas is never preachy. She allows her engaging characters’ powerful stories of sin and redemption to demonstrate the truths of the faith, leaving readers pondering how to be a Lily in their own families.

This article originally appeared in The National Catholic Register and is used with permission.
Share. Twitter Facebook Google+ Pinterest LinkedIn Tumblr Email
Previous ArticleA New Pope and A New World: Passing the Torch Below the Equator
Next Article Reaping the Whirlwind