Trending Now
You are at:Home»Featured»A Problem Larger than Anthony Weiner
By Christina King on June 16, 2011 Featured, On Media 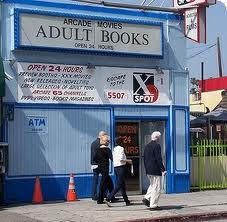 Congressman Anthony Weiner, who last week apologized for his reprehensible behavior, has now resigned from the House of Representatives.

I have only a few things to say about this whole fiasco. First and foremost as a society we have lost our understanding of how wonderful shame can be. What? Shame is a good thing? Yes, it can be. Before twitter and picture mail, a person would have to take a picture of themselves and take it to be developed then put it in an envelope and mail it.

The person’s conscience had a lot of time to discern and contemplate the actions. A person would have to consider that others would see the picture when developing it and he or she would have to go pick up the pictures once developed. This allowed for shame to enter into the picture and perhaps deter a person from these kinds of bad choices. Now we are a society of shamelessness and of convenience.

In a blink of an eye, a person can make a bad choice or choices and the internet makes the possibilities endless. There has been a re-occurring theme lately of men sending half-naked pictures of themselves to women other than their wives. For that matter, there are a number of women doing this as well. In fact, this is an epidemic in high schools.

With modern technology, pornography is at a person’s fingertips. Gone are the days when a person would have to go into an “adult store” and worry about someone seeing them or having to overcome the shame of being seen as they enter. In the privacy of our own homes, cars, or anywhere for that matter, we can access pornography.

The fact that Congressmen Weiner apologized for his actions and called them “inappropriate” rather than “wrong” is just another example of how many people have lost the sense of shame. Wearing jeans and a t-shirt to a fancy restaurant is inappropriate; chewing gum loudly during a wedding ceremony is inappropriate. Why? Because there are occasions where chewing gum and wearing jeans and a t-shirt are appropriate.  It is not intrinsically wrong or sinful to do either of these things. What Congressmen Weiner did, was intrinsically wrong and not just “inappropriate.” When Tiger Woods came forward and apologized he too watered down his apology. Both of these men barely accepted responsibility much less acknowledged the inherent shamefulness in it.

Congressmen Wiener, Tiger Woods, President Clinton, are just some of the many men who have famously succumbed to sexual temptation, but what is less obvious is that they have lost their awareness of the profound dignity of the human person. This is a failure to know what love is and how to live it out. All of these men are calling out to the world “See Me!” Congressmen Wiener’s pictures of his flexed abs reveal a huge wound of doubt: “Am I adequate?” Most men want to feel as if they have what it takes and that they are attractive.

Many who are infected might not even realize it, since it is spiritual and therefore not visible upon first glance. Even those whose disease has permeated deeply into their souls do not realize it as they too have lost their sense of dignity and so can not see the evidence of disease in anyone else. Therefore, the disease has progressed in such a way as to “numb” them to fact that they are in a process of decay and that their spiritual lives are in mortal peril.

With the fast-paced internet and technological advancements, this problem is going to get worse, not better. In a world where 11 is typical the typical age for a boy to first see pornography (online doing homework according to most studies), this transgression of Weiner’s is a drop in the bucket and merely a tiny miniscule speck of a thing compared to the elephant in the room.

The attention he is seeking through sending explicit photos to women is a form of self-masturbation. It excites; it tantalizes; it feels good; it is like stuffing one’s self with sweets. Oftentimes people do this when there is an ache deep inside that they are trying to numb or a void they are trying to fill. But they are getting empty calories that do not nourish. For a moment, they may experience the pleasure and even the temporary feeling of being able to numb the pain or fill the void. But then, just as a starving man eating food devoid of nutrition, they will grow hungrier and eventually starve to death. The soul starves when it uses things (or people) to fill the void God created within us so that we search Him out.

When we use sex in this way, we create a deeper void then what existed before. Just as nature abhors a vacuum, the soul too will cry out to be filled. Perhaps that is why some continue to seek person after person in a line of indiscretions wondering all the while, “What is wrong with me? Am I a sex addict?” The real question should be, “What am I really hungry for?”

Once a person realizes “what” he or she is hungry for, then the next step is to realize that how we feed that hunger is not open for just any interpretation. Just like a food pyramid outlines intrinsic truths that define what our bodies need to be nourished, God has defined the truths that must be present inside any sexual union. Those truths, or ingredients, are Free, Total, Faithful and Fruitful.

One of the ladies on “The View” posed the question “Well, what if a husband wants to have sex 10 times a day but he is after his wife, does that make him a sex addict?” I thought of a tape lecture by Dr. Janet Smith I had listened to early on in my conversion. She asked the question “How can a man ever say no to sex outside of marriage if he never learns to tell himself no inside of his marriage?” I would venture to say that anyone seeking sex 10 times a day is not really seeking sex and this is the real question we need to start addressing.

The fact that someone would be seeking “quantity,” points to the truth that they are using sex. If anyone “uses” sex, he or she is using the person who is the sexual partner. That person is no longer a true partner, but becomes an object. Once we make it okay for us to objectify someone, then it no longer matters with whom or even what we are having sex with.

What “sex addiction” really would be then, if there is such a thing, is a failure to recognize the human person and instead, objectifying others for selfish purposes. The desire for union is not flawed but the means for filling this desire is. For any “rehab” to be credible, the program would need to teach people to recognize not only the “person” in themselves and others, but it would have to explain the holiness of sex.

Oh, wait! There is a rehab clinic that does all that! It’s called the Catholic Church! Some beautiful teachings on this very subject can be found in Pope John Paul the Great’s writings entitled “Theology of The Body”. This series of talks delivered in his Wednesday addresses over a period of years is now presented as a whole. His whole book can be read or you can pick up any number of books, DVD’s, CD’s, or more by Catholic educators dedicating their lives to helping us understand what is truly a revolutionary look at the purpose of life, love, man and God’s design for it all.

I would also suggest Congressmen Weiner check out The Theology of The Body Healing Center with Dr. Bob Schuchts. My article entitled “Healing the Whole Person” reveals how many of our wounds can be healed when we are willing to ask the right questions.

What are you hungry for?