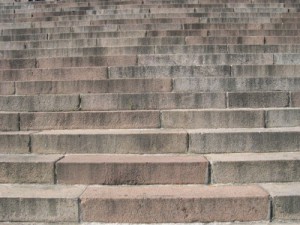 “No exceptions. No compromise.”

That is the goal of every true pro-life citizen when it comes to abortion legislation. Rape, incest, and the life/health of the mother have been wedge issues that have been used to establish the principle for acceptable/legal abortion that have led to the more liberalized laws accounting for 55+ Million abortions over the past 40 years.

While “No exceptions. No compromise,” are the goal, the question arises as to an appropriate response to legislative proposals that have the standard exceptions language written into them. Can Christians in general, and Catholics in particular support legislation that seeks to limit the extent of this grave moral evil, without abolishing it altogether? Can it ever be acceptable to use the same language of rape, incest, and life of the mother to severely and immediately restrict abortion, just as they were once used to establish abortion?

To hear some in the pro-life movement, the answer is an emphatic, “NO!”

The powerful witness by many who were conceived in rape is a vital ministry and has won many hearts and minds by giving a face, identity, and human story to those who are singled out for destruction because of the circumstances surrounding their conception. But some use an emotional arm-twisting tactic, wherein they say that support of exceptions clauses means that the supporter would have had themaborted.

It’s flawed logic, and counter-productive. It’s meant to shut down opposition, but in reality it frequently shuts down productive and vital dialogue.

Nobody would support the rape that led to the activists’ conceptions, but that doesn’t mean that such a moral position means we are implicitly wishing they had never been conceived. In the same way, if it can be shown that it is morally acceptable to embrace pragmatic, incremental legislation as the best available means of limiting abortion en route to abolishing it altogether, it does NOT suggest an implicit endorsement of the abortions allowed in the exceptions clauses.

A particular problem of conscience can arise in cases where a legislative vote would be decisive for the passage of a more restrictive law, aimed at limiting the number of authorized abortions, in place of a more permissive law already passed or ready to be voted on. Such cases are not infrequent. It is a fact that while in some parts of the world there continue to be campaigns to introduce laws favouring abortion, often supported by powerful international organizations, in other nations-particularly those which have already experienced the bitter fruits of such permissive legislation-there are growing signs of a rethinking in this matter. In a case like the one just mentioned, when it is not possible to overturn or completely abrogate a pro-abortion law, an elected official, whose absolute personal opposition to procured abortion was well known, could licitly support proposals aimed at limiting the harm done by such a law and at lessening its negative consequences at the level of general opinion and public morality. This does not in fact represent an illicit cooperation with an unjust law, but rather a legitimate and proper attempt to limit its evil aspects.

Thus, in the ordinary teaching of the Catholic Church, it is permissible to limit the grave evil of abortion if incremental legislation is the only currently available option.

For those who say, “It’s not up to me to say who lives and who dies,” my own opinion is that the polar opposite is true. What we must first realize is that the current liberal application of abortion is the default condition.

What we are offered, frequently, is a compromise law that would restrict, but not eliminate abortion. In other words, we are being offered the lives of the babies not conceived through rape and incest (which are the vast majority of abortions). For many who can’t see this reality, they turn down the opportunity to save tens of millions until the day comes when they can save the remaining thousands. In the interim, the millions who could have been saved perish with the thousands who could not.

This because some pro-lifers wanted an all-or-none reality. Such an approach would be intolerable in a police hostage negotiator, but in certain pro-life quarters it is the epitome of virtue.

Pope John Paul II helped us see that the moral Magisterium of the Catholic Church sees it differently.

A derivative benefit of incremental legislation is the conditioning, or forming, of the public conscience about the sanctity of pre-born human life. Outlawing the majority of abortions becomes a societal statement that elevates the public conscience. It is precisely through that elevated conscience that society will come to an appreciation for the humanity of those conceived in rape or incest.

If, unlike Superman who is able to leap tall buildings in a single bound, we cannot achieve our aim in a single stroke, it remains for us to take the stairs.

Thank you, Pope John Paul II, for your enduring witness to the moral Magisterium of the Church.