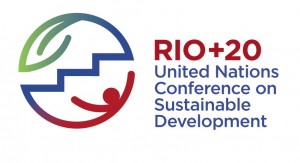 In an astounding show of solidarity, a diverse group of countries rallied together with the Holy See to successfully remove any mention of reproductive rights or population control from the final outcome document produced during the last round of UN negotiations at the Rio +20 conference this week.

For the past six months, the UN Population Fund (UNFPA) along with Norway and Iceland, and Catholics for Choice and the International Planned Parenthood Federation, have worked feverishly to take advantage of the Rio +20 conference on sustainable development in order to promote both an international right to abortion and population control.

Catholics for Choice distributed a number of publications and statements with the obvious goal of undermining the Vatican’s unique influence within the United Nations as a Permanent Observer. In a recent briefing paper, they claim that the Holy See’s “tendency to insist on outlier positions that situate it far from those of the prevailing consensus” undermines “international consensus on human rights and roll back the clock on norms and principles that are equally valued by United Nations members.”

However, the negotiations in Rio this week show that the Holy See, far from being an “outlier” among nations, is a leader of consensus.  Along with the Holy See, Nicaragua, Chile, Russia, Honduras, Syria, the Dominican Republic, Costa Rica and Egypt all rejected the introduction of “reproductive rights” into the Rio +20 outcome document.

Nicaragua, which is led by a left-wing government, was perhaps the most vocal, and insisted that delegations cease to “shadow box around the term reproductive rights” which “every country knows is a code at the UN for abortion.” The Nicaraguan delegation pointed out that it was Norway and Iceland, not the delegation of the Holy See, that were undermining consensus by imposing “red line items” that would force countries to agree to a document that was “in direct conflict with their national laws and legislation.”

The delegation of Chile made a similar statement, declaring that the “right to life” is  “incompatible with the term reproductive rights” and further questioning its inclusion in a document that was meant to address sustainable development.

Earlier last week, the controversial link between reproductive rights and sustainable development was made clear when New Zealand along with the Norway, Iceland, the United States, Canada, Switzerland, the EU and Australia all called for the inclusion of the UNFPA’s term “population dynamics” in the same paragraph as sexual and reproductive health.

Russia and the Holy See, along with the G77 countries wasted no time in pointing out that the term, particularly when placed in the same paragraph as family planning, was an attempt to “promote population control” as a means of achieving sustainable development. This phrase was also stricken from the document.

During the conference both the EU and the African delegations remained largely silent on the term reproductive rights and population control, but for different reasons. The African delegations for one, are afraid that if they speak up that the funding they desperately depend on from organizations like the UNFPA will be cut. The EU, on the other hand, did not speak up in order not to break consensus within its own group, given that three countries, not including Ireland, remain staunchly pro-life.

Pro-abortion feminists are already complaining about their loss in Rio. Vicky Markham of the Center for Environment and Population took to the pages of RH Reality Check to raise the alarm about their impending defeat. “Negotiations on the Rio+20 draft language that includes ‘women’ and ‘reproductive rights’ has taken a major turn for the worse…and things look very bad according to onsite reports….” She said NGOs were organizing a major march on the conference center yesterday afternoon to protest their loss. It appears to have been too little and too late.