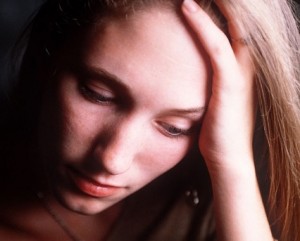 When it comes to the hot-button issue of abortion, there are some questions that make even the staunchest pro-lifer uncomfortable:  What do you say to the woman who finds herself pregnant due to rape?  What do you do with the adolescent girl who is impregnated by her father, brother, or uncle?  What if it was your wife, or your daughter that was the victim?  Would you expect her to bear a child conceived in violence and fear?

Presidential candidate Rick Santorum recently made waves when he stated that his respect for the sanctity of human life precludes an exception for instances of rape or incest on the question of abortion.  Given the highly traumatic nature of these crimes, it is hardly surprising that many Americans, pro-lifers included, disagree with Mr. Santorum, viewing such an exception as a necessary and compassionate concession in the abortion debate.  It is easy to understand why the victims of such horrible crimes would want to eliminate any vestige of the offense, after all.  Why punish them further by forcing them to embrace a lifelong reminder of the ordeal they experienced?  For those of us that believe in the humanity of the unborn, however, the fundamental question remains:  Does an act of rape, perpetrated against one person, warrant the taking of another person’s innocent life?

There can be no question that rape is a heinous, abhorrent, despicable act.  Short of murder, it is likely the most offensive and demeaning act that can be perpetrated against a woman, and is a crime that used to be punishable by death in the United States.  Nevertheless, in 2008 the U.S. Supreme Court ruled in Kennedy v. Louisiana that the imposition of the death penalty for the rape of a child violates the Eighth Amendment’s prohibition against cruel and unusual punishment.  According to the majority opinion, although Patrick Kennedy’s rape of his eight-year-old stepdaughter was so brutal that she required emergency surgery, the concept of proportionality and “evolving standards of decency” rendered the death penalty unwarranted.

Abortion clearly involves the taking of a human life.  There can be no getting around this fact.  The baby is alive and it is human.  Following the court’s logic, if it is cruel and unusual punishment to visit the death penalty on the perpetrator of a child rape, how much more so is it it cruel and unusual punishment to visit that penalty on an innocent child who is the unwitting product of that act?  The child is guilty of nothing except that it exists, and it is manifestly unjust to punish an innocent child for the crimes of his or her father.  The Jewish and Christian religious traditions reject the notion that children are culpable for the sins of their parents or vice versa (Deut. 24:16; 1 Kings 14:6).  So does Article Five of the U.S. Constitution, which eliminated the taint “corruption of blood” to future generations whose forebears may have been guilty of treason.  Punishing the innocent victim compounds the violence of the original act and magnifies its impact, extending it beyond the mother to the innocent child, who suffers not only physical damage, but total destruction.

Pro-lifers must keep this in mind when considering the circumstances under which abortion may be deemed permissible.  In circumstances where a woman’s life is jeopardized by her pregnancy, the decision to abort involves consideration of moral equivalents: life for life.  However, even under these circumstances the goal is not to end the life of the child, but to save the life of the mother.

In this life, we cannot always undo the effects of sin and violence.  We can only seek to mitigate the adverse consequences of such acts.  Killing an unborn baby does not erase the pain and trauma imposed by rape.  It is rather a form of misdirected retribution, revenge meted out against an innocent child because of the act of his or her parent.  In the case of rape, the mother deserves our love and help and support.  The perpetrator deserves punishment.  But the child, once conceived, deserves to live.