Trending Now
You are at:Home»Featured»Afghanization
By Dr. Earl Tilford on May 5, 2012 Featured, International Issues 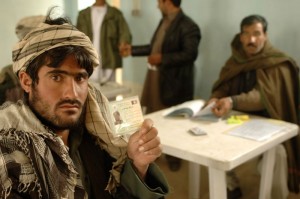 President Barack Obama’s five-point plan for turning the war back to the Afghans is designed to cover the withdrawal of U.S. and NATO forces
and “forge a just and lasting peace.”

What does the plan involve, and can it work?

Here are the five points:

1.   Making Afghans responsible for their own security within two years.

3.   An enduring partnership with the United States providing training and counter-insurgency guidance

4.   Pursuing a negotiated peace with the Taliban

5.   Building a global consensus for peace

Afghanization—the practical consequence of the withdrawal of American forces—requires the strengthening of the Afghan military to withstand the Taliban. Elements fundamental to its success involve improving and modernizing the Afghan military, pacifying rural areas, strengthening the national political apparatus, delivering essential services while building a viable economy and, most importantly, ensuring security for the people.

Subsidiary tasks include expanding and improving the police, establishing democratic institutions down to the village level, restructuring the agricultural economy away from opium production, and rooting out the Taliban infrastructure. Given the non-specific nature of goals four and five in the president’s plan, the three essentials of Afghanization are: self-defense, self-government, and self-development.

Neutralizing the Taliban infrastructure is critical to extricating the U.S./NATO forces fighting in Afghanistan for the past decade. In part, this overly long commitment resulted from misjudging the nature of the war from the start, thinking it would be relatively easy to destroy al Qaeda and replace the Taliban government that nurtured and protected the terrorists. What are the obstacles successful Afghanization?

On the plus side, the Afghans are tough, resilient fighters who defeated Alexander the Great, thwarted British imperialism, humiliated the Soviets, and frustrated the U.S./NATO coalition. Molding the Afghans into a Western military image will be difficult. Unlike the Iraqis and Pakistanis, Afghans lack the British military tradition. That 86 percent of Afghan recruits are illiterate makes building a modern U.S.-style military a challenge. Leadership tends to be tribal and reflects the corruption rife in Afghan politics. Warriors abound but many of them are Taliban. Modern armies, however, require trained soldiers and effective leaders. Additionally, the security of advisers and trainers is integral to building a viable Afghan fighting force. So far, 20 percent of U.S. casualties have come at the hands of Afghan military personnel. This does not bode well for the advisory phase.

Item four in the Obama plan specifies a negotiated peace. Leverage is key to successful negotiations. President Obama declared, “A path to peace is now set before them (the Taliban). Those who refuse to walk it will face strong Afghan Security Forces, backed by the United States and our allies.” Is the president’s threat credible?

The Taliban knows that U.S. forces are leaving and 1,834 combat deaths (as of May 3, 2012,) have depleted American will. Given that Washington’s objective seems to be the extrication of U.S. combat forces by 2014, with an advisory contingent remaining, the enemy senses the “new day on the horizon” belongs to them. The Taliban responded to President Obama’s pre-dawn declaration with a daybreak attack within earshot of the U.S. embassy coupled to a strategic proclamation targeting U.S. military forces as well as Afghan security personnel and political leaders. Expect the Taliban to keep the pressure on during withdrawal.

The challenges of Afghanization mirror those of Vietnamization, which succeeded only in providing a patina for extracting U.S. forces from South Vietnam. The precursor to U.S. military involvement in Vietnam was the advisory and training phase that began in November 1961 but so failed to overcome cultural and military impediments that it required a massive U.S. military commitment starting in 1965 to forestall defeat. In 1969, when Vietnamization started in earnest, the original cultural and political challenges remained. Attempts to replicate the U.S. military structure focused on meeting the managerial imperatives of logistics rather than building armed forces able to withstand a North Vietnamese attack.

In the end, Vietnamization fulfilled President Richard Nixon’s vow to bring the troops home by the end of his first term. The president’s promise to South Vietnam’s President Nguyen Van Thieu to enforce the Paris Agreements of January 23, 1973 proved irrelevant following Nixon’s resignation in August 1974. Barely two years after the last U.S. troops departed South Vietnam, Saigon’s army disintegrated in the face of a concerted North Vietnamese attack. The South Vietnamese lacked military acumen and leadership and, most importantly, the will to fight … and so did the United States, whose Congress drastically cut appropriations needed to sustain the Industrial Age force Vietnamization rendered.

Afghanization succeeds only if it proceeds with a bodyguard of political and economic reforms compelling the Afghan people to fight for themselves. Otherwise, Afghanization only needs to endure until early November and the re-election of President Obama.