Trending Now
You are at:Home»Learn & Live the Faith»Catechesis»Anointing in The Pastoral Letter of James of Jerusalem
By Rev. Tucker Cordani on October 14, 2011 Catechesis, Featured, MyChurchParish.com 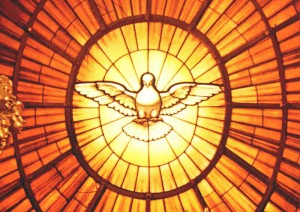 As a priest I am called upon to administer the sacraments of healing: anointing and confession.  Often these sacraments are dispensed together, when I visit people in their homes, at the hospital, or at nursing homes.  Most people are familiar with confession but frequently I am met with a look of bewilderment from the patients when I offer to anoint.  Anointing, aka extreme unction, is not so well known, squelched by the idea that it is only trotted out as “last rites” when the priest appears with the holy oil and the stole.

The seminary I attended taught little about anointing.  A small portion of the curriculum was devoted to the subject but the semester ended before any meaningful discussion happened.  Most of what I have learned about anointing has come through personal study combined with the practical experience of anointing parishioners at home or in the hospital.  I administer the sacrament to baptized Catholics believed to be in danger of death from illness or old age.  The effects of anointing, if one is amenable, are healing and comfort with the grace that comes directly from the Physician of Souls — medicine Jesus gave to those who suffer from the pain of being human on the brink between this world and the next. [1]

For study and spiritual preparation to celebrate the mystery of Christ’s healing power I turn to the Epistle of Saint James.

In James, the author examines the sacrament and exhorts presbyters in the administration of anointing and confession.  To James, these spiritual remedies led to conversion, reconciliation with the Church, and existed to prepare the soul for the Great Reality as they pass through death into life.  This is helpful the minister too.  “If anyone among you should stray from the truth and someone bring him back, he should know that whoever brings back a sinner from the effort of his way will save his soul from death and will cover a multitude of sins” (5:19-20).  When a Christian is helpful in the conversion of another Christian, the result is forgiveness of sins and a reinstatement to a life of grace.  Both the penitent and the administrator of the sacraments are renewed.

Jesus instituted anointing when he commissioned the apostles, sending them to preach and to teach and to heal in his name.  Apart from a brief passage in Mark’s gospel, the letter of James is the only New Testament work that mentions anointing.  Mark writes, “So they went off and preached repentance.  They drove out many devils, and they anointed with oil many who were sick and cured them” (6:13).   A common medicinal remedy, anointing with oil, is now seen as a medium of divine healing — a sacrament .  The Church expressly teaches that the anointing stands for the grace of the Holy Spirit.  This truth was affirmed in modernity at the Council of Trent [2] and again at the Second Vatican Council.  The Church also has defined that this sacrament is instituted by Christ: “By the sacred anointing of the sick and the prayer of the priests the whole Church commends those who are ill to the suffering and glorified Lord that he may raise them up and save them.” [3]

James, the twentieth book of the New Testament, is rooted in the language of the First Covenant but also bears resemblance to Proverbs, Wisdom Literature, and the Sermon on Mount.  Either James heard the preaching of the Lord directly, or he grew familiar with the traditions of Jesus’s sermons as the Church developed throughout Palestine after the resurrection.  Much of the tone of the letter mirrors the Lord’s bedrock teaching.

The author identifies himself as “James, a servant of God and of the Lord Jesus Christ.”  Several New Testament characters are named James; the most logical candidate for the author is “James the brother of the Lord,” identified by Paul in Galatians 1:19, the leader of the Jerusalem Church (Acts 15:13; 21:18).  He combines the function of a preacher and prophet with remarkable forcefulness.  His message is highly practical and positive, delivered with a wealth of authority.  The writing is terse yet unadorned, hallmarked by “a distinctive theological perspective, and an impassioned practical concern.” [4]

James had much to say on the faith and he said it with energy.  Assigning himself the title “servant of God” numbers him among leaders like Moses, Abraham, Jacob, and the prophets.  He is portrayed as wavering in his belief in Jesus before the crucifixion (John 7:5) but renewed his resolve and it earned him a post-resurrection revelation (1 Cor 15:7).  Jesus paid James a special visit after the resurrection, and commissioned him to lead the Church for thirty years until he was martyred AD 62.

James has been called “Christian wisdom literature”; he is quick to condemn unbridled language: the tongue, through a small organ of the body is capable of great destruction.  “The tongue is a small member and yet has made great pretensions.  Consider how a small fire can set a huge forest ablaze.  The tongue is also a fire, a world of malice, defiling the entire body and setting the course f our lives on fire” (3:5).  No human being can tame the tongue; it is a restless evil, full of deadly poison.  “The tongue of the wise pours out knowledge, but the mouth of the fool spurts forth folly.  A soothing tongue is a tree of life, but a perverse one crushes the spirit” (Prov 15:2, 4).

When a person is anointed, it is Jesus himself who heals.  The form of this sacrament are the words that the sick and suffering need to hear, the oil applied to the forehead and the hands by the priest a transmission of eternal life and vigor of the spirit.  The sick are united to the passion of Christ, for the personal healing of the recipient and for the entire Church. The strength that healing brings about helps us to endure as Christians the suffering wrought by the passage of time.   If somebody is unable to make a sacramental confession because of extreme condition, anointing exists also for the remission of sins.  It can restore bodily health and allow safe passage over to eternal life. [5]

The sacrament of Anointing of the Sick is given to those who are seriously ill by anointing them on the forehead and hands with duly blessed oil — pressed from olives or from other plants — saying, only once: “Through this holy anointing may the Lord in his love and mercy help you with the grace of the holy spirit.  May the Lord who frees you from sin save you and raise you up.” [6]

It is always my hope that, when I administer a sacrament, those who receive will recognize the presence of Christ and that they may be drawn closer to the Church.  In anointing, Christians are touched by the great healer and physician of souls, who came that we might believe in his healing power and saving presence.  With any Christ encounter comes the responsibility — which should be accompanied by sheer joy — of telling another.

[4] Illustrated Dictionary and Concordance of the Bible.