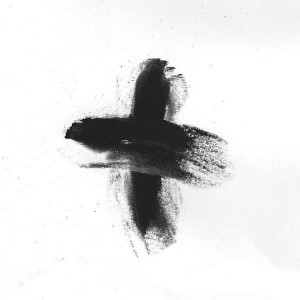 On February 25, 2004, I was teaching English at the University of Central Florida in the Diocese of Disney, lecturing on “Ash Wednesday,” T.S. Eliot’s famous poem. There before me in the lecture hall sat several students with ashes smudged across their foreheads in the shape of a cross.

T.S. Eliot wrote “Ash Wednesday” after his 1927 conversion. Published in 1930, the work addresses the struggle that ensues when one who has lacked faith in the past strives to move closer to God. To a degree that sums up the meaning of Lent.

So it was with me. That night after my class ended I entered a Catholic church for the first time in twenty years. Thus began my spiritual journey through the desert of sin to the mountain of grace that is the miracle of the Resurrection. And it led to, in my case, ordination to the priesthood seven years later.

Buy the ticket. Take the ride.

The origins of Lent — forty days and forty nights — are so mysterious that the Church doesn’t even really known when it was established. The word “Lent” itself is an Anglo-Saxon word — the same ancient language from we derive the word “gospel — that means “spring.” Spring brings renewal. The outgrowth can be beautiful.

In the Bible good things happen in threes. The Father, the Son, and the Holy Spirit. Jesus, Mary, and Joseph. Faith, hope, and love. In the season of Lent it’s almsgiving, fasting, and prayer.

The prophet Joel admonishes all: “Rend your heart, not your garments.” Again, the Trinitarian solution to a fruitful and spiritual season of Lent: fasting, weeping, and mourning. “Why should nonbelievers jeer and say, ‘Where is your God?’ ”

Ashes are a clear sign of our faith, and show nonbelievers that we are Christians. They certainly worked for me. I knew what they were and what they meant and I wanted Christianity again, wanted the ride to take me as far as I could go.

‘Tis the season to stay hungry for God. Prayer, scripture, and sacraments ensure our spiritual needs are met even as we mortify the flesh through fasting, almsgiving, and a whole lotta penitential prayer. A time-honored tradition, Lent can be a spiritual training camp; how devoutly we participate in Lent, the stations of the Cross, the sacrifices, we make, the fish fries, can determine how spiritually we live throughout the entire Catholic calendar.

The interior penance of the Christian can be expressed in ways various and sundry but the Church and her saints insist on fasting, prayer, and almsgiving.

Peter Chrysologus was a fifth-century preacher who was known as “Golden-Worded,” which is what Chrysologus means in Ancient Greek. “Prayer knocks; fasting obtains; mercy receives. Let no one try to separate them; they cannot be separated.”

Still another poet, Robert Herrick, a 17th-cetury cleric and priest, wrote of Lent quite concretely. “Is it to quit the dish of flesh yet pile high the platter of fish? Lent is a fast from strife, debate, and above all, hate. To pray from a heart rent with sorrow, to starve away the sin: that’s how we keep the faith in Lent.”

Prayer, fasting, and almsgiving, these three, let them be undertaken in the view of our Heavenly Father who sees and repays in secret but also the world will know that we are Christians.

Buy the ticket. Take the ride.
Our Lenten journey has begun.