Trending Now
You are at:Home»Featured»Attacks Continue in India
By ACN-USA News on August 29, 2011 Featured, Those in Need 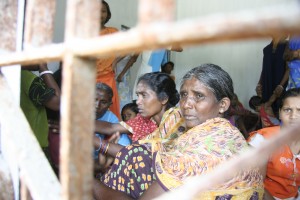 Christians in Orissa, who suffered the worst persecution in India in modern times, have continued to be targeted and harassed in 2011, according to a new report.

Three years after the series of attacks on Christians beginning in August 2008 – which saw 18,000 injured, 50,000 displaced and perhaps up to 500 killed after 4,104 homes were burned down – the charity Aid to the Church in Need (ACN) received a report detailing ongoing discrimination and attacks against Christians in Orissa State.

In a report sent to the charity, Christian lawyer K. J. Markose described the murder of Christian ministers and obstructions to work rebuilding homes destroyed during the violence.

He said Baptist Pastor Minoketan (known as Michael) Nayak of Midiakia-Kutipada village in Baliguda, south-west Orissa, was killed on the evening of July 26th, 2011.

The pastor never returned home after leaving Midiakia-Kutipada on his motorbike at about 8.30 pm.

The next morning at about 9 am Pramod Mallik, the sarpanch (elected village leader) of Rebingia Panchayat village, informed Pastor Nayak’s brothers that the minister had met with an accident.

Surendra Nayak, the pastor’s eldest brother, said, “[His] dead body was lying in a pit, there was a hole-like wound below his ear – blood had oozed out through that wound. The body had no other bruises or cuts.”

“Certainly it is not a case of accident, it is murder.”

But, according to Mr. Markose, police in Kandhamal treated the murder as an accidental death and refused to investigate further.

He noted that in January 2011 another pastor, Saula Pradhan left his home with two tribal Hindu friends and was found dead the following day. According to police, he died through exposure to the cold after becoming drunk.

Mr. Markose added: “The police is siding with the conspiracy of the RSS [Rashtriya Swayamsevak Sangh, a Hindutva political party] to eliminate the Christian leaders of Kandhamal.”

He further stated that Manoj Pradhan, a state politician now convicted of two counts of murder during the 2008 attacks on Christians, had encouraged people to kill Christian leaders during the time he was released on bail.

The lawyer also described how in Sundargarh district, northwestern Orissa, obstructions had prevented the repair and rebuilding of Christians’ houses which were badly damaged or destroyed.

During 2009, two attempts to deliver materials to repair the damaged houses in Bondamunda, Rourkela City, were blocked by Hindutva fanatics who ordered the sand be taken to the local Hindu temple.

The tractor delivering the material was impounded and its owners forced to pay a fine before the vehicle was released.

On the 14th of March this year, the community made a renewed attempt to repair the houses and two loads of sand were transported with no difficulty.

However, the following day, tractor driver Ishak Digal was stopped at the outskirts of the village by a 12-strong mob about 2.30 pm after delivering two further loads.

Their leader, Birendra Pradhan, accused the driver of breaking a ban on bringing building materials for Christians, stating that they would only release his tractor upon payment of a fine of 2,500 rupees. A report about the incident has been submitted to police.

ACN’s Persecuted and Forgotten? report described several incidents of oppression of Christians in Orissa state in 2010, including an attack on Christians in villages near Malkangiri by 250 Hindutva extremists last November.