Trending Now
You are at:Home»Featured»Beware the Myth of Inevitability
By Ken Connor on January 10, 2012 Featured, Government & Politics 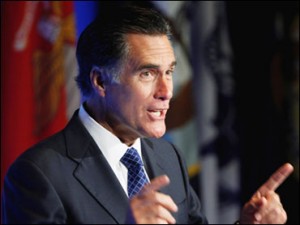 In politics, as with many competitive enterprises, frontrunners love to promote the myth of inevitability.  Having squeaked out the narrowest of wins in Iowa and now polling favorably in New Hampshire, Mitt Romney is attempting to capitalize on the notion that his nomination is inevitable.  If Republicans want to defeat President Obama come November, primary voters are told, they’d better put their support behind the right man, and that man is clearly Mitt Romney.

Basically Romney’s argument goes like this:  I am ahead, I have the money, and I have the support of the establishment so let’s not kid ourselves.  Uniting behind me now will save time and money by allowing the GOP to devote its resources towards making Barack Obama a one-term president.

The trouble is, the myth of inevitability is just that – a myth!  If the Iowa caucuses demonstrated anything, it is just how tenuous that myth is.  In the months leading up to January 3rd – depending on the week of course – victory appeared secure for Michelle Bachmann, then Herman Cain, then Newt Gingrich, then Ron Paul.  Victory finally did go to Romney, but only by a whisker.  In a nail biter that doubtless put some gray in Romney’s impeccably dyed coif, 11th-hour surprise Rick Santorum (an ex-Senator with little organization and less money) almost pulled out the upset of the decade.  What Santorum lacked in resources, however, he more than made up for with his message, sweat, and shoe leather.

Given another month and a bit of funding and it’s likely that the outcome in Iowa would have looked very different.  Goodness only knows what Santorum could have accomplished with just a little bit of money and recognition.  Comfortably flush with both, the Romney machine is going to do whatever it takes to overcome the lukewarm enthusiasm that has plagued his candidacy since day one.  This is why the inevitability narrative is critical.

But surely Republican primary voters are smarter than that.  Surely they realize that the outcome of the nomination lies in their hands, not the candidates’ or the pundits’ or the media’s.  Can Santorum be the nominee?  Of course.  So can Ron Paul or Newt Gingrich or any other candidate that the voters decide best represent them.  In short, voters should vote their consciences.  They should work for and give to the candidate who best represents their values and ideas instead of letting the talking heads and the money dictate who their standard bearer should be.  They should not fall for the myth of inevitability, but instead create their own reality.

As for the candidates, they should take heed of the lessons of Iowa and take heart.  This competition is far from over.  May the best man win.