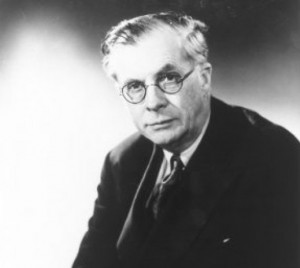 I talk about transhumanism a lot because I believe it is the greatest threat to humanity that no one knows about.  Transhumansim is a philosophy that wants to use technology to surpass treating or preventing disease and use it to enhance otherwise healthy humans beyond natural capabilities.  They envision a world where you can leave your pathetic, ignorant, weak existence behind and enhance your way to being super-smart, super-strong, super-happy, basically super-human. Transhumanists want to take man’s evolution into their own hands creating a race of “post-humans.”

There are many flaws in transhumanist utopian ideas, most notably their refusal to acknowledge that transhumanism will result in a world where the enhanced super-humans will naturally rule over the stupid, weak and miserable unenhanced.  Those that can afford or have access to enhancements will be the elite and those who do not or cannot be enhanced will be second class citizens.

In studying the roots of transhumanism I found that the term and the beginnings of the movement are attributed to one Julian Huxley. Huxley wrote the following in his 1957 piece, “Transhumanism:”

We are already justified in the con­viction that human life as we know it in history is a wretched makeshift, rooted in ignorance; and that it could be transcended by a state of existence based on the illumination of knowledge and comprehension, just as our modern control of physical nature based on science transcends the tentative fumblings of our ancestors, that were rooted in superstition and professional secrecy.

The human species can, if it wishes, transcend itself —not just sporadically, an individual here in one way, an individual there in another way, but in its entirety, as humanity. We need a name for this new belief. Perhaps transhumanism will serve: man remaining man, but trans­cending himself, by realizing new possibilities of and for his human nature.

“I believe in transhumanism”: once there are enough people who can truly say that, the human species will be on the threshold of a new kind of existence, as different from ours as ours is from that of Pekin man. It will at last be consciously fulfilling its real destiny.

So who was Julian Huxley?  Besides being the brother of the famous novelist Aldous Huxley who wrote Brave New World, he was an evolutionary biologist and also a famous eugenicist.  Eugenics was a movement of the early 20th century that tried to create a better human race by preventing the birth of those deemed “unfit.”  Eugenics literally means “good birth” and it seeks to “improve” the human gene pool.  Eugenicists like Huxley assumed that the individual is nothing more than what is encoded in their genes.  Huxley wrote the following about his fellow man:

“No-one doubts the wisdom of managing the germ-plasm of agricultural stocks, so why not apply the same concept to human stocks?”

“The lowest strata are reproducing too fast. Therefore… they must not have too easy access to relief or hospital treatment lest the removal of the last check on natural selection should make it too easy for children to be produced or to survive; long unemployment should be a ground for sterilisation.”

“…unless [civilised societies]invent and enforce adequate measures for regulating human reproduction, for controlling the quantity of population, and at least preventing the deterioration of quality of racial stock, they are doomed to decay…”

The American Eugenics movement resulted in the forced sterilization of over 60,000 Americans in 33 states.  And eugenics did not stop there.  Adolf Hitler was a huge fan of eugenics and brought it to its natural conclusion: the Holocaust of World War II where millions of the “genetically unfit” were exterminated  in an effort to create a master race.  Those considered unfit were not just Jews, but the also the criminal, weak, feeble-minded, insane, and disabled.

I don’t believe modern transhumanists have any idea where their ideology originated, but it is still instructive toward what will lie ahead if they get their way.  We have tried transhumanism already, only it was called eugenics then.  Eugenics, in its attempt to control the direction of human evolution, did in fact create a world where the lesser humans were second-class citizens whose rights and lives were forfeit to the “greater good” determined by the elite.

I will quote my favorite modern fiction writer, Dean Koontz, who truly understands transhumanism and its ramifications:

“We live in hubristic age, when politicians imagine themselves to be messiahs and when many in the sciences frankly discuss their dreams of creating a “post-human” civilization of genetically engineered supermen, ignorant of the fact that like minds have often come before them and have left no legacy but death, destruction, and despair.”