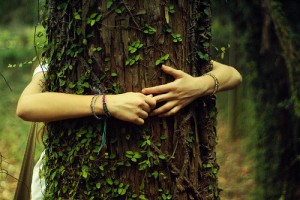 In Eco-Tyranny, author Brian Sussman sounds a timely and important warning: The radical “greens” are not in retreat. With the defeat of cap-and-trade legislation in 2010 and the increasingly discredited alarmist theory of anthropogenic global warming, the greens may have lowered their public profile; however, with the full cooperation of the Obama administration, they are forging ahead with their illiberal agenda of gaining ever more control over the American economy and people.

Sussman, a trained meteorologist and veteran San Francisco talk-show host, has followed up his 2010 demolition of the global warming quackery, Climategate with a book that takes a big-picture view of the history, ideology, and goals of the anti-capitalist, anti-people green movement.

The event that drove Sussman to write Eco-Tyranny was a federal document to which a Department of Interior employee had alerted him. On October 5, 2009, President Obama signed an executive order titled, “Federal Leadership in Environmental, Energy, and Economic Performance.” Although that title hints at the immense scope of the order, it understates the frightening extent to which it expands the power of the federal government and constricts the rights and liberty of private citizens. According to Sussman’s Interior Department insider, the long-term goal of President Obama’s “green team” is to “divide the country into sectors where all humans would be herded into urban hubs” while most of the land would be “returned to a natural state upon which humans would only be allowed to tread lightly.” (The full text of the 14-page executive order is reproduced in the appendix of “Eco-Tyranny.”)

Far too few Americans are aware that environmentalism is one of the most virulent illiberal ideologies in the world. Sussman traces the history of illiberal environmentalism from the 1800s up to the present, and he includes a helpful summary of key dates in the appendix.

Remarkably, Sussman shows readers that such destructive figures as Marx, Lenin, and Hitler were intellectual and political forerunners of the modern illiberal green movement. Readers will be interested to learn of the four left-wingers who influenced and shaped the thinking of Rachel Carson, whose 1962 book, “Silent Spring,” marked the birth of the modern environmentalist movement.

Eco-Tyrannyshows how closely the American left has worked to fulfill the United Nations’ explicit plans to hamstring American prosperity, using hundreds of billions of our own tax dollars against us.

Yes, we the American taxpayer have financed the green elite’s war against efficient energy sources. Sussman includes chapters devoted to the green attacks against nuclear energy and fossil fuels, with another chapter devoted to the wasteful, uneconomical boondoggles of wind and solar energy. It is with no little irony that Sussman retells the story of President Obama denouncing oil as an undesirable source of energy from the headquarters of the now-bankrupt solar energy firm, Solyndra.

After his “greens against cheap energy” chapters comes an excellent chapter tracing the greens’ multi-decade campaign to limit Americans’ access to water. What becomes clear from Sussman’s “big-picture” view of the green movement is how monstrously misanthropic it is. The radical greens are committed to reforming life in America to make it less free and less prosperous.

The quibbles that I have with Eco-Tyranny are minor. There are silly errors of detail—the kind of mistakes that slip into books that are rushed into print (e.g., erroneously stating that the late Indian Prime Minister, Indira Gandhi, had been married to “the Gandhi,” meaning the mahatma; writing that a man who was born in 1901 died at age 39 in 1939; calling ANWR the “Alaskan” rather than “Arctic National Wildlife Refuge”). My other gripe is the gratuitous use of derogatory or ideological adjectives—denigrating former President Carter as a “peanut farmer” and a tendency to label everyone who cares about environmental quality as “liberal” or “radical,” when, in truth, many Americans who have been seduced by the green movement are not leftists, but simply decent people who value a clean environment.

The book’s afterword contains a 12-point agenda for rolling back the greens’ well-advanced, oppressive agenda. It includes abolishing the Environmental Protection Agency, Department of Energy and the Endangered Species Act; turning ownership of federal parks to the states; divesting federal lands to the private sector; reducing the multiple legislative and administrative barriers to the development of our nation’s abundant fossil fuel resources and much more.

To say that such an agenda is dauntingly ambitious is an understatement. But the very fact that that the list covers so much ground indicates how far advanced the green agenda is. Indeed, the greens have spent decades putting into place their oppressive infrastructure of bureaucracies and regulations. When one looks at their own stated plans for the future, then one realizes that although undoing the mischief of decades will be a prodigious task, Sussman’s pro-liberty, pro-prosperity, pro-human and, yes, pro-environment, agenda is imperative.