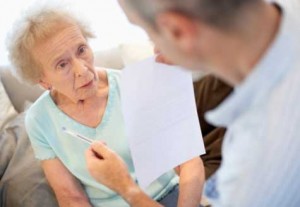 In his 2007 book Boomsday, Christopher Buckley writes of a fictional future where an overwhelming number of elderly baby boomers are given tax incentives to end their lives early.  With recent developments out of Switzerland, Buckley’s tongue-in-cheek novel may prove all-too-prescient.

The Swiss canton of Vaud just passed a law mandating that doctors in hospitals and nursing homes provide assistance to anyone who wants to commit suicide, as long as they are of sound mind.  This is hardly a new step for the Swiss, who’ve been undermining human dignity for years, but it’s a short step from legalizing this “easy out” to encouraging it, particularly in this economy.  And don’t think it can’t happen here – just remember that assisted suicide has been legal in Oregon, Washington, and Montana for years.

Think about it:  Here in the USA, we are experiencing the “graying of America.”  The huge cohort of baby boomers is retiring, and the smaller X and Y generations will be forced to shoulder the burden of their end of life costs – the costs of an over-65 population group thatis projected to double in size by 2040, while the over-85 age group nearly triples!  The attitude of many boomers is summed up by the bumper sticker that proudly proclaims, “I’m spending my children’s inheritance.”  Seventy per cent of this burgeoning senior generation will require institutional care, and you can bet they’ll be looking to their promised entitlements, and not their savings, to care for them.

Except, the entitlements aren’t long for this world.  Medicare, Medicaid, and Social Security are on the brink of bankruptcy.  Our politicians have underfunded these obligations for years in order to give us the artificially-large subsidies we demand.  Aging boomers will need to tax the younger generations ever more heavily to subsidize their final years.  But how long will the young tolerate such a burden?  How long will they be able to withstand the strain?  In 1950 we had 16 workers for every retiree; now we have 3.3.  Over the next 40 years, that number will dwindle to 2!

Unfortunately for the Boomers, American culture has shifted from sanctity of life to a quality of life ethic.  And, longevity comes with a price.  Old folks with dementia and disabilities cost more to maintain than they produce.  Consequently, Grandma is now free (and encouraged) to evaluate whether she has a life “worth living.”  Once dementia or disability hit, the encouraged answer will be “no.”  A bad economy coupled with this new quality of life ethos makes the answer obvious.  Soon, over-taxed young people will be asking, “Grandma, are you really sure you’re happy?”

The young will be all the more happy to unload Grandma, because she’s likely to be living with them.  By 2030, more than 3 million peoplewill be trying to get into nursing homes (twice the number in 1995).  We currently have only 1.9 million beds and 87% of these are already full.

Once the problem gets bad enough, it will be easy for our politicians to find other ways to encourage elderly resource hogs to “off” themselves.  Maybe the pols will offer Boomsday-style estate tax breaks intended to encourage an early exit before incurring high end-of-life medical costs.

Of course, it will be all framed in the name of autonomy and choice, self-sacrifice and love.  But mark it down:  the right to die will become the duty to die.  After all, you’ve lived a long life — why be a burden to your children?  Give them the financial opportunity to live a full and happy life.  Your early exit can be your final gift to them—your final sacrifice for them!

This is not some far-off fantastical future.  The next few years will see massive dislocations in our social services network.  Our bad economy and the ever-growing expenses of an aging population will make assisted suicide an attractive option.  If we do not once again come to value human life, we’ll take the final step to embrace a culture of death.

It’s not all that far-fetched.