Trending Now
You are at:Home»Columnists»Christmas Time Out of Time
By Jake Frost on December 20, 2015 Columnists, Featured, Parenting 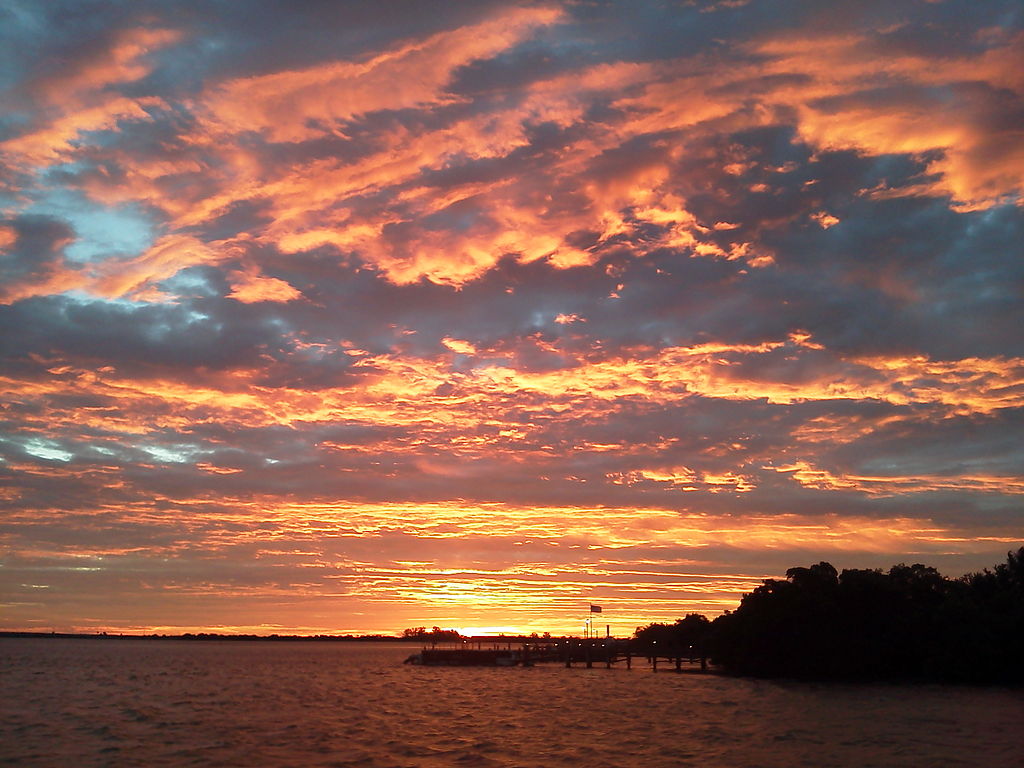 My five year old daughter and I were playing a guitar duet together. On just one guitar: I fingered the chords, she strummed the strings. While she strummed, she made-up her own lyrics. This is a regular activity for us, and even without guitar accompaniment she loves to “write her own songs.”

On the day in question, the lyrics went something like this: “The tree is mine” (referring to the tree in our front yard, which we had just been discussing) “growing through the world, into the sky – i-i-i-i, just roll, just pick it, then you’ll see, how much I am, you’ll know of me” and so on, continuing for quite a while in a similar vein, slipping in and out of lucidity along the way.

It’s actually interesting to hear in her song lyrics just how much kids absorb from the ambient culture; frequently recurring motifs in her songs are “love,” “be myself,” “be nice to each other,” “girls rock,” and similar pop themes.

She also has a religious strain to her compositions, which I presume she’s picked up mostly at home, as I don’t think messages like “God made the world and everything in it” and “God’s in charge of the world, yeah, yeah, yeah,” resonate so consonantly with the natural frequencies of our currently prevailing zeitgeist.

So we played our guitar duet and my daughter sang. When she was done, she said: “I can be a famous song writer. At least at home. We can be anything we want at home. Isn’t it fun?”

It is fun, and it made me happy to hear her say it.

That kind of comfort and freedom to be yourself and try new things was always one of my favorite features of Christmas, when we were all at home with nowhere we had to go and nothing we had to do. For two weeks every year, in the heart of the bleak midwinter, we were just home, with no schedules, no plans, no rushing. We would pull up the drawbridge and enjoy a season of . . . whatever our hearts might prompt.

It was a time of dreaming and scheming and being free to follow where wonder might lead. When we were younger that meant a lot of snow forts and sledding outdoors, while inside we created our own worlds with blocks and crafts and blanket forts.

As we got a little older, reading came to the fore, along with ice skating, a lot of playing music on our guitars and drums and keyboards, and there was still lots of crafting, which by then had advanced from construction paper and stick glue to knitting, sewing, drawing and painting. For a few years we were really into chess, and one night I stayed up all night playing chess with my brother—mostly because he kept beating me and I couldn’t let it go (it was those knights! They struck from nowhere like lightning, shattering my most deeply laid plans!).

And as we got still older we spent many a merry winter evening playing Trivial Pursuit and Scrabble (where my sister Ruth and my Dad were the powerhouses). We ate, we talked, and did odd projects that happened to strike our fancy.

Like the year my brother made a wood xylophone. Why? No reason, really. Just because. Back in the day, it was my brother and I who were the budding songwriters, just like my daughter is now. And we had an old four-track recorder to hack around with (a real four-track tape recorder; they don’t even make them anymore, which is too bad because they are fun!).

One day, while we were composing our latest opus track-by-track, he decided to build a wood xylophone to add to the texture of our polyphony. I think he’d seen one on TV or in a book or magazine somewhere (this was the days before the internet), and he thought it looked neat, and we had the time, and wood was in the garage, so he built one. It actually sounded pretty good!

That was the sort of thing you could do over Christmas break: it was a time out of time, when we were free to explore and experiment, to wander and follow-up on inspirations. It was a brief period in the year when we stepped out of the ever flowing stream of pressing engagements, of the never ending demands and plans, and paused in a still place while the universe spun on in its ever whirling way, only now without us for at least a little while.

Those Christmas breaks of time out of time were a treasure, and as I’ve grown older I’ve come to believe they were more valuable than I ever knew.

Years after the wood xylophone, I went to the Grand Canyon with that same brother. As we approached the rim, he was awestruck. He stood silent, eyes wide, mouth open, soaking in the majesty of it all. It was incredible—a sight to fill a person with wonder if ever there was one.

But some other people came up next to us. One was smacking gum. She cast a bored gaze over the Grand Canyon, shrugged her shoulders and said, “Eh” with a dismissive tone, blew a bubble, popped it, and turned around and walked away. The slouch, the bored shuffle, the flip of her head as she turned her back on the Grand Canyon and moved on with nary a backward glance, all seemed to say: Seen it, done it. Next.

I remember that experience whenever I hear the old song I Hope You Dance, by Lee Ann Womack. It’s a song that tells of a mother’s hopes for her child’s life, including the line: “I hope you still feel small when you stand beside the ocean.”

Now that I’m a parent myself, I think Womack’s song is just about right. One of the things we want for our kids—and for ourselves—is to protect and preserve, and develop and grow, our sense of wonder, our capacity for joy, our imagination, our appreciation for the little things in life—like sunsets and spring breezes and the flash of red from a cardinal’s wings on a snowy day.

I’m actually not so sure that those are “the little things.” With the passing years, it seems more that life, and making a good life, and finding joy in life, is more about appreciating those things—and a hundred other gifts from God everyday—than I ever realized as a young man (or as I prefer to think of it—a “younger” man). Being able to still feel small when standing beside the ocean speaks to that ability to separate out what things are of real value, what really matters, from all the sparkly trash.

It would be a poorer life if we looked upon the Grand Canyon blazing red in the last light of the setting sun and could see only a hole. Or if we stood shivering in the dark before dawn on a sandy shore just at the moment the sun first breaks over the rim of the world, to shine golden over a restless ocean, and were unable to move beyond ourselves to enter into the majesty revealed before us.

To be able to do that is not a given. A saying goes: “No talent can survive the blight of neglect.” That applies also to our capacity for joy and wonder and imagination and entering into the transcendent. Our powers of the soul can be built, or wither, just like a bicep: either we use them, and they grow stronger, or we neglect them and they atrophy.

Those long-ago Christmases of wonder-living that my parents gave to us kids were a gift of time and opportunity for that sort of soul-building. I don’t know exactly how it works. I don’t think it’s something we can do for our kids. It’s one of those things they have to do for themselves. But we can at least help create the conditions that make it easier and more likely for them to do that. Among those conditions (though I’m sure this isn’t an exhaustive list), are time, opportunity, and encouragement (including by example).

Christmas is a particularly good time for it just for the practical reason that families will usually be able to enjoy some time off from school and work. The hard part is to then defend that time from all the distractions that will rush to fill it.

But there is even some help for that at Christmas, as it’s one of the few times left in the year when the broader society is more amenable to the idea of slowing-down and shutting-down and pulling up the drawbridge to spend time with family, and just to be.

Christmas is also a fitting time for it because of Christmas itself, which Hans Urs Von Balthasar said “is not an event within history but is rather the invasion of time by eternity.” Christmas by its very nature is a time out of time. And it is a wonder like no other: the incarnation of God, God made man and come into our world to dwell among us, the birth of Jesus Christ.

As great as we can ever expand our souls and grow our capacity for wonder and joy, the full measure of the Christmas miracle will always remain beyond us. It’s like taking a drink from the Mississippi River. No matter how much you drink, there will always be a whole lot more than you can ever take in. Which is a good thing, because it means you need never go thirsty.

Christmas will never grow old. As much of its joy and wonder as we are ever able to let into our hearts, more will always await us. For it is Christ himself who awaits us at Christmas, ever eager to give us an even greater share in the gifts of Bethlehem.