Trending Now
You are at:Home»Featured»Cinema’s Role in The Great Conversation: An Interview with Henry Russell, Ph.D.
By Stanley D. Williams, Ph.D on December 19, 2011 Featured, On TV and Movies 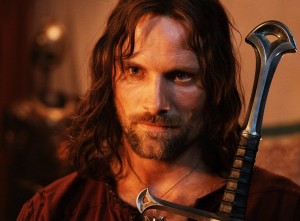 Henry Russell, Ph.D. is a classics educator, headmaster of St. Augustine’s Homeschool Enrichment Program (founded with his wife Crystal), and president of the SS Peter and Paul Educational Foundation. He is known particularly for The Catholic Shakespeare Audio Series. His writings have been published in various journals.

Stan Williams: What do you make of this idea that narrative cinema can participate in The Great Conversation.

Henry Russell: Well, film is primarily a visual and auditory medium. It can’t easily handle the complexity of philosophical ideas that words allow. So, film demands that the director and producers spend enough time with the ideas to understand them, and then pick which ideas to make the movie around. Filmmakers have to know which 10% of a book to make into a movie. The selection process probably needs to be more collaborative. Because what will happen is that one person, who knows the ideas really well, selects the book’s topic, and the director in exasperation says, “Good, God! How am I going to visualize that?” Consequently, directors default to the ideas that are easiest to visualize. And, as a result society experiences this discontinuity between a good book and an important film.

Stan Williams: Is there an example in modern cinema?

Henry Russell: Sure. Peter Jackson in THE LORD OF THE RINGS (TLOTR) had generally no idea what major ideas Tolkien was getting at, such as the patient certainty of Aragorn and his complete confidence in his destiny. The film’s portrayal of Aragorn is one of a man with an identity crisis. Another thing Jackson misses is the power of words. When said relatively slowly and cumulatively, words can change the human heart, and define eventually what is true.  Literature, unlike philosophy and theology, functions by the accumulation of words. Like chipping away at a stone, a little bit at a time. But a film functions by large scale visual declarations. In the TLOTR books the telling of tales to each other is a big deal. But that doesn’t communicate easily to film. When characters talk all the time you lose the line of action that drives the film.

Henry Russell: Yes, but it’s the telling that is how people function. One of the most important functions of being human is sitting and telling, slowly, through the accumulation of words.

Stan Williams: When we listen to a story someone tells us, it’s our imagination that creates the visuals. That’s how we participate in the gestalt event.

Henry Russell: Yes, and film both short circuits that function or makes it grand and beautiful. It’s a double edge sword.

There needs to be a more patient collaboration between people who (a) understand the words and (b) those that know what film has to do. Patience is key. If you can’t find people that really understand the texts well, it won’t be easy to find the right imagery, and horrible mistakes will be made.

Stan Williams: So, what needs to be done?

Henry Russell: There needs to be a step before the screenwriting, which is understanding  the text better. It’s either a step or a person. I’m reminded of John Huston’s MOBY DICK (1956) starring Gregory Peck as Capt. Ahab, and how poor the film is in terms of the author’s themes.

Moby Dick may be the greatest American Novel ever written. It’s all about the desire of modern man to kill God. The story illustrates the degree to which democratic man is completely unprepared spiritually to fight the demonic leader, like Ahab. And that theme segues into Hitler and Stalin.

Moby Dick is also about how difficult it is to cut your way through the million messages of the world. And, yet, how there is an interior certainty that helps us do just that. The body of the former cannibal, heavily tattooed, and now chief harpooner, Queequeg, is a howling wilderness (like the sea), which Ismael has no understanding of. But there is an understanding of the soul that both men are good and need to be friends. There are a million hints that what Ahab is doing will fail; he ignores them, and then is surprised at what happens. Melville doesn’t want his readers to be surprised.

Moby Dick is also about how much God seems to interfere and create providential warning and opportunity. There are 5,000 times where you can go wrong. Yet, in the midst of it — for the reader as well as for the men in the ship — it is clear where they are going wrong; but they don’t have the spiritual certainty of the mad Ahab. Modern man also knows what is right but he doesn’t have the courage to believe it enough to make a change.

But you don’t get that when you watch the movie with Gregory Peck, as cool as watching Gregory Peck can be.

So, the question is whether film can find the resource, now that it has technical capacity, to enter the Great Conversation more deeply, and explore ideas better?

Stan Williams: Is there anyone that’s doing that today?

Henry Russell: That’s a good question. (long pause). The guy who probably tries hardest, and I don’t watch as many films as I should, is Roland Joffé (THE KILLING FIELDS, THE MISSION) http://www.imdb.com/name/nm0423646/ . And sometimes he succeeds and sometimes he doesn’t.  THE MISSION has some cartoonish characters in it that are just stupid, but THE KILLING FIELDS is just brilliant, although it’s largely a lie, but… it’s hugely well-realized film.

Who do you think of?

Stan Williams: I tend to see a great deal of meaning in so many popular films because they connect to audiences in the underlying moral context. But the weakness I see in film is its inability to deal with complex subjects, as you brought up earlier. I think you were being generous when you said a film can capture 10% of the book. Although of a novel, a film can make good use of 30-40% of the plot line. But in terms of what I am often discussing with writers and authors, we narrow it down to a couple of naturally opposing core values.

For instance, this morning I spent 2 ½ hours on the phone with a novelist from Texas working through the beats to her next novel, and we’re lucky to identify the core moral conflict that each of the characters will struggle with and arc upon. In her novel it was arrogance vs. humility which can be represented  in a multitude of ways in the various goals and aspiration and motivations of the characters. So you symbolically represent those values in the conflict between the various characters and the physical consequences they bring upon themselves. But it’s not articulated in terms of doctrine, dogma, rules, or laws. It’s a sense. And the audience walks out of the theater with a sense of how to live life better, but they can’t articulate it.

Stan Williams: I suppose why movies are so popular today is that we tend to not live by word but by sense and action. When we look at a tree, we don’t need to see a Bible passage carved into the bark to understand that something divine created the tree and all nature. On the other hand, relying just on “words” as some “Christian films” do, doesn’t solve the problem because the ideas being dealt with in such films are so shallow and formulistic.

Henry Russell: Yes, if you’re doing that you don’t get or allow the full exploration of ideas. You know one of the great films of all times, as far as teaching morals, is Frank Capra’s IT’S A WONDERFUL LIFE (IAWL) (1946). http://www.imdb.com/title/tt0038650/  There are very few films that get so much in, yet in a fully delightful way. Here you have something about the importance of the individual, and the economy of Providence, which is a huge theme. And the fact that what is perceived as the defeat of self, is actually the purification and the giving of self. I’m amazed at the film, even though it seems at times very trivial and childish.

Stan Williams: Well, it is hugely still popular, gaining strong ratings every Christmas it airs. And one of the reasons it still connects with audiences is because, at its heart, it is so true. Now, after watching IAWL, people don’t go away talking about “defeat of self” or the “giving of self,” but they have a sense of that in their mind, and they learn from the movie and give of themselves.

Henry Russell: The funny thing is, that this implies that the real effect of film is cumulative. You need a lot of good films rather than a few great ones.

Stan Williams: It’s almost like the reverse of the adage “A picture is worth a thousand words.” Perhaps you need a thousand pictures to have the same effect of a book?

Henry Russell: Now, let’s go back to the fact that people are becoming less adept with words. Their language is becoming stripped down – and repetitive – and largely ugly – often used either for an effect of power, or worse, merely to obscure what they really mean.

Stan Williams: Or to fill up space, e.g. FACEBOOK and TWITTER posts about meaningless activities and thoughts.

Henry Russell: And that is something that, if it continues, I doubt that the good effect of anything else in culture will save us from. Because I do think there is something fundamentally necessary in storytelling and in talking. Now, a lot of talking is boring and repetitious because it is a kind of antiphonal affirmation of what we already know. But if we don’t do it, we don’t begin to develop ideas as well as feelings. And feelings that are incoherent, which don’t work themselves out into ideas, or at least proverbial expressions, are not going to do us much good. Books that talk are crucial, and I don’t know if you can make a movie that talks.

Stan Williams: That reminds me of Richard Linklater who said, “My plan B has always been to make a film about people who talk a lot.” and he did in WAKING LIFE (2001) http://www.imdb.com/title/tt0243017/ and BEFORE SUNRISE (1995) http://www.imdb.com/title/tt0112471/ and its sequel BEFORE SUNSET (2004). They are talking heads, either animated, or walking around Europe. Absent of plot, and nearly pure philosophizing.

Henry Russell: I would suggest that if there were at first a kind of judicious mixture – but now so many films have no words and they’re all action. The words are designed to simply stitch together cinematic action. That is a kind of perversity. I also think it creates an addictive taste in the human body which the human body isn’t designed to sustain.  And I suspect that that taste isn’t well tolerated by people as they grow older. When I go into a movie, my body is generally shaking when I leave. Because the theater experience is precisely designed to do that, as Aristotle said. And I’m not going to put myself through that often. So, I think you could develop a case for talking again, and in that way cinema can be a more significant participant in The Great Conversation.