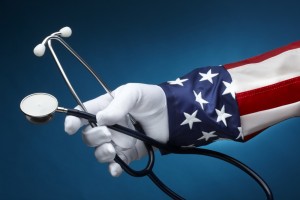 The Holy Hours and prayers have all been said, the letters written to legislators, the blogs have been written, the teach-ins have played themselves out, and the church bells have all been rung.

Where do we go from here, and will our bishops continue to lead us along the way? These are the questions on many lips today, and in light of the Supreme Court’s ruling last week, the space between now and election day is potentially some of the deadliest political battle-ground ever in American history. Hanging in the balance is nothing less than how this nation will be constituted moving forward.

These are consequential times and the laity of the Catholic and other faithful Christian churches have to contemplate what government control of healthcare will mean for biomedical ethics and the very character of our healthcare system if Obamacare is not consigned to oblivion in November. We need to consider exactly what is at stake.

The healthcare system as we know it, the process of scientific and therapeutic discovery, the development of new pharmaceutical agents will all slow tremendously as the government takes control. That’s because the government will suck the profit incentive out of the system in an effort to control costs. That’s what socialist systems do.

Profit is not a bad thing, not a bad thing at all. “Big Pharma” has been villified to the point of absurdity by people who don’t understand the workings of discovery, or pension plans. One of the most profitable sectors in the economy has been the biotech industry, and anyone with a private or government pension plan has seen it grow in no small measure because of the pension plan’s investments in these corporations.

On average, companies have less than ten years from the time a drug comes to market to recoup the research and development costs over the first ten years of the patent, before the patent expires and the drug goes into generics. By way of example, for new antibiotics the cost of R&D approaches $1 billion from the time the compound is discovered in the lab until the drug clears all three levels of FDA clinical trials. Investors (anyone with a pension plan) want their money back ASAP, not twenty years from now. And people who have spent four years in college, ten years in a Ph.D. program, at least three years in post-doctoral training rightly demand six-figure salaries as compensation for almost twenty years of their adult lives spent in training.

It takes a small army of such highly skilled researchers to advance the discoveries. Their just compensation is also an issue of social justice. Their discoveries and resultant profits do not feed the insatiable maws of a handful of fat cat executives in silk top hats, as is often caricaturized. Those discoveries ultimately extend and improve all of our lives (either when the drug is new and expensive, or in a few short years when it goes into generic production), and the profits sustain our retirees in their old age.

Europe had a thriving pharmaceutical industry before they adopted socialized medicine. Once the government became the single-largest purchaser of pharmaceutics they set the prices they were willing to pay so absurdly low that they collapsed the industry in Europe.

Hillary Clinton did the same thing to the vaccine wing of our pharmaceutical industry when Bill Clinton was president. The only portion of her nationalized healthcare that became policy was the children’s vaccine initiative. It was a noble attempt to vaccinate every child in America.

At the outset there were over thirty manufacturers of vaccines in the U.S. After the government became the single-largest purchaser of vaccines, they set the price and collapsed the industry. By the time of the anthrax scares post-9/11, there were less than seven manufacturers left, and the U.S. is now forced to purchase most of our vaccines abroad.

Then comes news last week that the Supreme Court struck down the provision in Obamacare that would have widened the medicaid involvement—–which was the precise population used to justify this entire mess in the first place. Now we are left with the worst of two worlds, the uninsured still being uninsured, and the government co-opting and destroying the very system they claimed they wanted for the uninsured.

It only goes to substantiate for Americans the experiences of other nations under socialized medicine. To be sure there are the apologists in Europe and Canada who will tout the superiority of their systems. What they do not tout is the radical eugenics and euthanasia that have seized these nations and which have become a permanent part of the landscape. It’s easy to boast of the superiority of one’s system when the very sickest among us don’t factor into the equation at all.

This is our choice come November. To my fellow Catholics at the conclusion of this fortnight, we have our work cut out for us. Either we rise up as the muscular Church we once were, or we consign ourselves to the status of paper tiger for at least a generation to come.

We stake all on the November elections.