Trending Now
You are at:Home»Featured»Consumerism in the Womb
By Judie Brown on August 19, 2011 Featured, Reproductive Technology 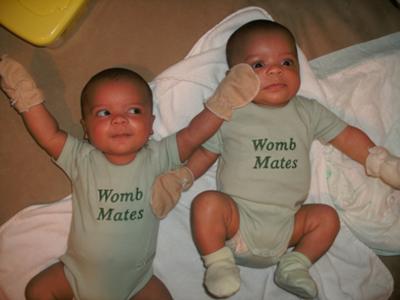 It was with a heavy heart that I read a recent article in the New York Times about an expectant mother’s decision to have one of her twins killed in utero. The sadness that this entire episode evokes is compounded by the reality of how America came to a place where such a story could be told.

While the mother in question claims that things might have been different if she had been younger and had not already had children, she tells us how her decision came about:

If I had conceived these twins naturally, I wouldn’t have reduced this pregnancy, because you feel like if there’s a natural order, then you don’t want to disturb it. But we created this child in such an artificial manner—in a test tube, choosing an egg donor, having the embryo placed in me—and somehow, making a decision about how many to carry seemed to be just another choice. The pregnancy was all so consumerish to begin with, and this became yet another thing we could control.

Indeed, the crux of the problem is the ongoing ethical tug of war between what man can do and what he should do. And all too often, as we know, the result of such a conflict is death—be it that of a preborn baby, an elderly person, or someone who is severely disabled.

In the case of reproductive technology, the evolving scenario is that preborn children are dehumanized in a particularly despicable way. These children are perceived as comparable to the melons that get squeezed in the grocery store as the consumer goes about selecting the “best” one. The IVF embryo, though certainly a human person like any other, is increasingly relegated to the category of one item in a series of assembly-line-produced things.

In the case discussed by the Times, the practice of selecting a preborn child for death is known as fetal reduction. As one ethicist puts it, “Choosing some humans to die so others might live is putting at human hands a decision that shouldn’t be made. It means you’re playing God, but unfortunately, we don’t play God as God plays God.”

To further complicate the madness, reporters like Ruth Padawer of the Times tells the reader that “terminating half a twin pregnancy” is different than abortion. She says the practice “involves selecting one fetus over another, when either one is equally wanted.”

This statement exposes the heart of the matter. Words like “abortion,” “fetal reduction” and “wanted” v. “unwanted” are all designed to legitimize the notion that indeed man not only can but is chomping at the bit to play God. That’s really what reproductive technology is all about in the first place.

From the first test-tube baby to today’s quest to clone a human being, scientists and the general public have grown increasingly comfortable with choosing who may live and who won’t be permitted to do so. As a matter of fact, if it weren’t for the experimentation that resulted in the first test-tube baby more than 30 years ago, we would not find so many in the media, the general public, and the scientific community, not to mention politics, agreeing with such things as human embryonic stem cell research and selective reduction—both of which result in dead human individuals.

Near the end of Padawer’s article she tells the reader that “society judges reproductive choices based on the motives behind them.” Indeed we might say that society—for the most part—agrees with the idea that there are no longer any moral or ethical standards that rise above personal opinion and guide the course of civilization. The natural law is rejected in spite of the fact that the founding fathers built the structure of this nation based on that very set of laws.

Today it’s all a matter of personal choice, autonomy, and the freedom to play God—no matter who becomes expendable in the process.