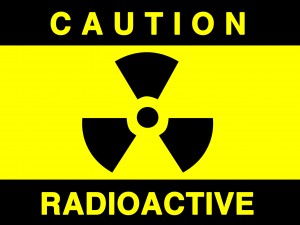 The Church is a sign of contradiction. On the issue of contraception, in which the Catholic Church is seen as the most inveterate of socially conservative reactionaries, the Church loses not only libertine opponents, but also many conservative friends. In the present debate about the government’s attempt to compel religious institutions to fund the use of contraception by employees, even many of those who join in vigorously defending the Church’s right to not be compelled by the government frankly admit that they do not agree with the Church’s teaching.

The Church’s effort to protect her conscience rights is, at a minimum, the attempt to carve out an enclave for Catholic life in the face of an uncomprehending modern world. Yet there is more to the picture of the Church’s role in society. The fight for an idiosyncratic religious exemption, however strategically necessary it may be in the short-run, is a potentially dangerous position if it is all we settle for. We might think it odd, for instance, for Catholics to merely argue that, whatever others may do, we at least will keep radiation out of our homes. Yet if the Church is right about the social and spiritual effects of contraception, then its use is no less toxic to the family and to society than it would be for every home to have a hunk of refined uranium on the coffee table.

The world does always recognize poison for what it is. In the early days of its discovery, radiation was thought to be potentially beneficial. Soft drinks made with radioactive water were sold as healthful, and pills of radium were offered as cure-alls. Today contraception takes on a role similar to the naïve imaginary benefits of radiation. It promises sexual bliss and the power to “responsibly regulate” family life. Under the promises of such high-sounding slogans, the promiscuity and unnaturalness of contraception poisons the soul – and in many cases the body – from within. With the widespread adoption of such damaging behaviors, everyone suffers. The general breakdown of the family and society by every measurable statistical standard – divorce, illegitimacy, abuse, drugs, crime, etc. – has increased dramatically in the decades since the widespread social acceptance of contraception. Pope Paul VI’s warnings in Humanae Vitae about the consequences of the sexual revolution — manifested, among other things, by the widespread acceptance of contraception — have turned out not to be alarmist but uncannily prescient.

Yet my point here is not to condemn contraception. My point is to remind Catholics that, if we only expect to achieve a pleasant accommodation on this issue, we are bound to be disappointed. When the Church warns that something is harmful which the rest of society sees as salvific, conflict is the inevitable result. American Catholics have long wrestled with the nature of living out our solid and exclusive claims to truth in the midst of an ostensibly benevolently pluralistic society. Catholic political thinkers more perceptive than I have argued back and forth about the nature and role of the Church in the unique state of modern democracy. Yet, in the end, the beloved land of our sojourn is ephemeral, modern culture is a fad, and our conflict is not with princes but with principalities and powers. The Church proposes a life of virtue and holiness, which sets in stark contrast the well-meaning confusion at best, and libertine indulgence at worst, of much of the modern culture. Something seen as indispensable by wider society is seen as fatal in the Catholic view. Our way of life requires what seems to the world a wholly unacceptable sacrifice, and yet we go on to encourage others to live the same strange way. We warn that society will be devastated if it doesn’t change its customs. Like John the Baptist speaking to King Herod, we call to repentance; like Herod enthralled to Herodias, the only “compromise” the world will finally entertain is our silence. When its mood of tolerance runs out, the world will not accept being judged, and it will seek to shut out the voice of conscience and moral persuasion.

As Catholics we must continue to protect our own rights, we must continue the call for wider repentance, and we must remain aware that our call will be a continued source of anger to those whom we invite. In our struggle to live a Christian life and to propose to the world the joy of life in Christ, we will continue to encounter opposition, even in those cases when we might secure a grudging toleration. We will still face the befuddlement and even resistance of many allies in the culture as we encourage them to find a deeper understanding of the Christian vision. Still, in the midst of such trials, we have a promise and a final source of hope: “In the world you have tribulation; but be of good cheer, I have overcome the world.”