Trending Now
You are at:Home»Featured»The Catholic Church is No Enemy of Science or the Infertile
By Chelsea Zimmerman on March 5, 2012 Featured, Reproductive Technology 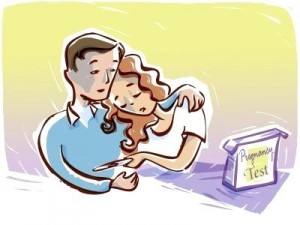 Because of her opposition to third party reproduction, the Catholic Church is often accused of being anti-science and insensitive to those who suffer the pain of infertility.

Last year’s CNN Belief Blog op-ed from  Sean Savage calling on the Catholic Church to reverse her opposition to IVF is a good example of the anger that is generally directed towards the Church on this issue.  Sean and his wife Carolyn, who consider themselves to be faithful Catholics, made headlines when the fertility clinic they were working with accidentally implanted her with another couple’s embryo. Sean wrote:

“Instead of support, the church branded us in a very public way with the apparently shameful letters IVF. Why couldn’t the church recognize our journey for what it was – an affirmation of the sanctity of life?
…
Carolyn and I would have been happy to save thousands of dollars and a decade of emotional ups and downs by conceiving the “old-fashioned way,” but that wasn’t possible. We turn to medicine for a litany of medical maladies and impairments, but infertile Catholics are supposed to avoid treating a medical condition which prevents them from building or expanding their family?”

In his article he pulled several passages form Domun Vitae, the 1987 document by the Congregation for the Doctrine of the Faith on Respect for Human Life in Its Origin and on the Dignity of Procreation, including this one, which he called “ironic”:

“Scientists are to be encouraged to continue their research with the aim of preventing causes of sterility and of being able to remedy them so that sterile couples will be able to procreate in full respect for their own personal dignity and that of the child to be born.”

What he and much of the rest of the world do not understand is that the Church’s rejection of IVF is not a rejection of the use of science to treat infertility.  In fact, because she so desperately wants to support those who suffer from infertility, the Catholic Church has helped develop very effective reproductive medicine that also respects the rights of every human being.

Prompted by the challenges in Pope Paul VI’s 1968 letter Humanae Vitae, Dr. Thomas Hilgers, a devout Catholic, began scientific research in the applications of natural fertility regulation and opened the Pope Paul VI Institute for the Study of Human Reproduction in 1985 to answer the call for reproductive health care that fully respects life.

The Institute has since networked a natural system of fertility regulation—the Creighton Model FertilityCare System (CrMS) — with a women’s health science –NaProTechnology — that can and has helped women successfully achieve and maintain pregnancy without having to resort to manufacturing their children in petri dishes or inject themselves with a stranger’s sperm.

Using this technology, couples respect and cooperate with His divine plan for the creation of human life rather than taking the matters of life in their own hands and forcing God to cooperate with them. Unlike third party reproduction, this approach actually identifies and treats the underlying causes of (both male and female) infertility as well as the problem of recurrent miscarriage.

On Saturday, February 25, Pope Benedict addressed members of the Pontifical Academy for Life who were meeting in Rome to discuss the diagnosis, treatment and impact of infertility.  There, the Pope reaffirmed the Churches commitment to caring for couples facing the pain of infertility and encouraged even more research into the causes of infertility and how best to treat them.

“The Church pays great attention to the suffering of couples with infertility, she cares for them and, precisely because of this, encourages medical research,” he said. “The human and Christian dignity of procreation, consists not in a “product”, but in its connection with the conjugal act, an expression of love of the spouses, their union which is not only biological but also spiritual”.

Searching for a diagnosis and therapy is “scientifically the correct approach to the issue of infertility,” he said, but added, “the union of man and woman in that community of love and life that is marriage, is the only “place” worthy for the call into existence of a new human being, which is always a gift”.  He specifically warned against the “lure of artificial insemination” where “scientism and the logic of profit seem to dominate the field of infertility and human procreation, to the point of limiting many other areas of research”.

Dr. Hilgers was also at the infertility meeting in Rome and gave a half hour presentation outlining the success of NaProTechnology. Success that he, too, says is largely eclipsed by the IVF industry, especially in the United States. Were it not for the race to create children artificially, said Hilgers, “we probably would have had a cure for infertility by now.” Such a shame.

To those who struggle with infertility, the Catholic Church is not your enemy. She wants what is best for both you and the children you so desire.

The truth about IVF is that, besides immorally separating procreation from the marital act, it is a serious health risk to both the woman and her future child — if she is lucky enough to give birth, that is. Most women will go through multiple IVF cycles before an embryo will even attach itself in the womb, let alone survive until birth – and those suckers aren’t cheap. Not only do they cost each couple tens, if not hundreds of thousands of dollars, but they come at the expense multiple human lives.

When it comes to IVF, the number of lives lost, destroyed or ‘frozen in time’ significantly outweighs the number of human beings actually living outside the womb as a result of this technology. According to recent numbers more than thirty embryos are created for every successful birth by IVF. And even if you intend, as the Savages did, to give every embryo you create a chance at life, you don’t exactly have control over that, as a reader at the Practicing Catholic painfully reminded us recently.

Instead of manufacturing your children in petri-dishes, I encourage you to consider looking into NaProTechnology. Not only is it an ethical alternative that respects the dignity of your future child and your marriage, but it doesn’t come with the health risks or the burden on your bank account. It also, as I said, actually attempts to diagnose  and treat the underlying causes for your infertility.

If you’re skeptical of this kind of women’s health science, peer-reviewed and academic literature that supports NaProTECHNOLOGY and the scientific foundations of the CrMS System are available as well as read the personal testimonies of “Women Healed“.

Finally, never forget that no prayers go unanswered and all suffering, given over to the Lord bears fruit in some form.  I know that you are hurting, but, I pray the following words of your Holy Father last Saturday can give you at least some small comfort in your pain:

“So I would like to remind the couples who are experiencing the condition of infertility, that their vocation to marriage is no less because of this. Spouses, for their own baptismal and marriage vocation, are called to cooperate with God in the creation of a new humanity. The vocation to love, in fact, is a vocation to the gift of self and this is a possibility that no organic condition can prevent. There, where science has not yet found an answer, the answer that gives light comes from Christ”.

Whether you seek to welcome a new member to your family through (ethical) fertility treatment or even the always loving option of adoption,  remember that children are a gift, not a right. Keep the focus of your marriage on you and your spouse giving and receiving the total gift self while loving God and trusting Him for the timing of children – if they should ever come.