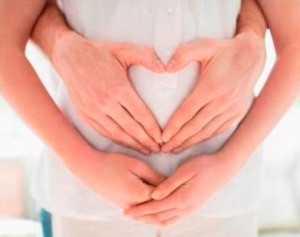 There’s an article out in the Washington Post this week that’s been getting a lot of buzz, titled Young Catholic women try to modernize the message on birth control. In it, Post writer Michelle Boorstein explores the issue of how modern Catholic women perceive Natural Family Planning, and highlights some voices that say that NFP could use some “rebranding,” so to speak.

As it turns out, I am one of those voices! I was reading the article, and came across this paragraph:

The new movement’s goal is to make over the image of natural family planning, now used by a small minority of Catholic women. But natural family planning, which requires women to track their fertile periods through such natural signs such as temperature and cervical mucus, is seen by many fertility experts as unreliable and is viewed by most Catholics as out of step with contemporary women.

I thought, Hmm. I disagree with that. I certainly don’t see NFP as being out of step with contemporary women! Then I read this quote from some Catholic woman, who obviously didn’t know what she was talking about:

“[NFP] ends up being this lofty, ‘Isn’t every baby a precious blessing?’…Meanwhile, you have one kid with colic [and]some 2-year-old pulling on your pants. It just doesn’t resonate. There needs to be a modernizing.”

Aaaaaaand then I re-read the quote, and realized it was from me.

As the old adage says, “Reporters don’t have the space to fully quote the ten-thousand word, hour-long conversation you had on the phone in which you detailed all your nuanced opinions, so you’d better make your points clearly and concisely or else you might be very surprised by the words that are attributed to you in print.” Well, maybe that’s not an old adage, but it should be. Someone cross-stitch that on a pillow for me, because it’s a guiding principle I need to remember.

I didn’t mean to sound dismissive of the concept that every child is a blessing, and when I referred to NFP messages not resonating, I was thinking only of certain materials I’ve seen that take a very idealistic approach and don’t spend any time addressing the real struggles that can come with parenthood and discernment about child spacing.

The more I think about it, though, the more I think that to some extent this kind of miscommunication is inevitable, because the way secular society understands human sexuality and the way the Catholic Church understands it are so vastly different.

When I re-read the Post article and some of the resulting commentary, I noticed undercurrents of the idea that NFP is the Catholic version of contraception. Most of the posts and comments I read took for granted the following ideas:

Thus, even when people are sincerely seeking to understand the Catholic understanding of NFP, the questions sound something like:

…And we end up completely missing each other.

I’ve used the analogy before that the contraceptive worldview is like saying that loaded guns can be used as toys as long as you put blanks in the chamber; in contrast, the Catholic view says that guns are not toys, and should always be handled with grave respect. Now, to continue with that analogy, in these latest chats about Catholicism and NFP, folks are seeking to understand the Catholic viewpoint by asking which kind of blanks the Church recommends using when playing around with guns. These kinds of questions questions are bound to lead to misunderstanding, because they are borne from an entirely different understanding of what a gun is in the first place.

The Catholic understanding of human sexuality (which, it’s worth noting, was shared among all Christian denominations up until the 1930s) is that the sexual act must never be severed from its life-giving potential, neither physically nor mentally. The Church teaches that we must never, ever forget that it is through this activity that we co-create human souls with God; to act as if we have the right to enjoy the pleasurable aspects of sex without being open to any new life it might create not only disrespects this most sacred of acts, but it sets us and our future children up for tragedy. This does not mean that people must actively try to have a child with every sexual act; it does mean, however, that if they really, really, really, really cannot have a baby, they should not engage in the act that creates babies.

Thus, the Church’s “rules” about the boundaries of sexual activity are not arbitrary restrictions concocted by the guys in the Vatican; rather, they are an owner’s manual for the human body, handed down from God himself, based on an accurate understanding of what human sexuality and the creation of new life is really all about.

Back to the Post article, I love it that Michelle Boorstein brought up this topic — almost seven hundred comments later, it certainly seems to be something people are ready to discuss. I wish I had been able to articulate my views more clearly, but I think that, at this point, miscommunications are going to be inevitable. For over thirty years, the culture has been drifting further and further away from the ancient understanding of human sexuality, to the point that the contraceptive worldview had become something that the average person would never even think to question. But things are changing now, and the tide is beginning to turn. Folks are seeing that contraception has not solved the problems we were told it would solve, and has in fact introduced a whole host of new problems. For the first time in decades, there is serious discussion in the public square about the fact that contraception just might not be the cure-all solution it was supposed to be. We have a long way to go in the process of unraveling this issue, and, in the meantime, I’d imagine that there will be plenty more misunderstandings. But I am thrilled that the discussion has begun.

This article originally appeared at Conversion Diary and is reprinted with permission.