Trending Now
You are at:Home»Featured»Touched By Touch
By Bill Donaghy on April 18, 2012 Featured, On Media 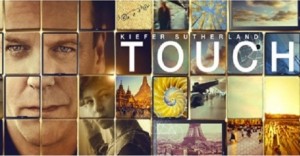 My argument against God was that the universe seemed so cruel and unjust. But how had I got this idea of just and unjust? A man does not call a line crooked unless he has some idea of a straight line. What was I comparing this universe with when I called it unjust? If the whole show was bad and senseless from A to Z, so to speak, why did I, who was supposed to be part of the show, find myself in such violent reaction against it? ?
– C.S. Lewis

How many times in your life have you heard people say “Everything happens for a reason”? Countless times, I’m sure. People say it when something goes wrong, like the untimely death of a child or in the case of a person diagnosed with cancer. “Everything happens for a reason.” But many struggle with this cold assessment of events that cut us to the core. “God’s will” they’ll say. But what a seemingly cruel force to be at work in the universe flicking switches in people’s lives that say “off” and “on.” Good luck, bad luck. Blessed, cursed.

I don’t suppose there is a reader right now looking at these words who has not felt that knot in the center of their chest at some point in this life. Is there anyone who has not experienced first hand that suffocating “cloud of unknowing” the mystics speak of in their writings? I know we have, in the brief and incredibly heart-breaking experience of the life and death of our daughter Grace. She lived for just 10 hours, cradled in our arms and kissed by our family members over and over again until her tiny heart stopped beating. “Everything happens for a reason” they said, and “God has a plan.” A priest visiting the hospital, well meaning I suppose (but clueless nonetheless) coldly said to us “You’re young. You’ll have others.” We were stunned.

This question of a deeper meaning and plan in life remains at the heart of our post 9/11 world. It’s a world appearing at times as a tapestry of beauty, grace and serendipity, and yet when life takes a turn, it reveals tangled knots of senseless violence, suffering, and random accidents that defy any meaning or purpose or plan. Is there a connection? A reason? Is there an Author of this Play called Life or not? This ultimate question is taken up in a powerful new series called Touch.

Kiefer Sutherland, the acclaimed star of the hit series “24”, returns to television as Martin Bohm. The show debuted in late January and at the writing of this review had only shown its pilot episode. The story revolves around Sutherland’s character, a widower and single father, and his young son Jake. Martin has had his share of tragedy – his wife was killed in the North Tower during the attacks of September 11, and he has spent the last decade frustrated by his inability to connect to his 11-year-old son (played by David Mazouz). Jake, for reasons as yet unknown, has never spoken a word. He reacts violently when touched, even by his own father, and the one thing that seems to consume his attention and time is numbers. The Fibonacci sequence, to be exact. It’s the Golden Ratio, the mystical meandering set of integers that has mesmerized mathematicians, astronomers, artists, and naturalists for centuries, all the way back to the ancient Greeks some say. Young Jake has discovered the sequence on his own.

The numbers appear as patterns in nature from seashells to spiral galaxies, in pine cones and pineapples, sunflowers and in the design on the wings of dragonflies (for more on the Golden Ratio and what has been called “God’s Fingerprint,” you’ll just have to visit your local search engine and carve out three hours to explore. It is fascinating stuff). Touch posits the idea that Jake is a gifted child who can see these patterns in nature and how they spill into the affairs of men and women all over the globe. “The world is connected. But only his son sees how.” So runs the tag line for the series, and its first episode did not fail to impress. It was a pilot full of promise, and though it certainly has strong elements of sci-fi, it’s filled with so much heart. There are moments when you’ll need to turn off the disbelief that too often comes with years and let yourself believe. What we loved about the show was the harmonious blend of science and spirituality, and the diagnosis that our digital age, as amazing as it can be, still leaves a hollow space in the soul. As the voiceover from Jake says at the end of the pilot: “Today we’ll send over 300 billion e-mails, 19 billion text messages. Yet we’ll still feel alone. The average person will say 2250 words to 7.4 other individuals. Will these words be used to hurt or to heal?”

The Catholic author Caryll Houselander once wrote that “We are only syllables of the perfect Word.” The Church teaches us that we are part of the Mystical Body of Christ, spanning not only the globe but time and history as well. We are all connected, and we are all threads in this great tapestry of existence. Why some of those threads are dark and knotted, twisted and seemingly clashing with more pleasing colors remains a mystery. A mystery we certainly can’t untangle in this article. But this truth remains: The threads touch, and the tapestry hangs together, and the final work when the Master Weaver is through, I have no doubt, will leave us speechless in awe and wonder. A show like Touch contains that yearning within it to find this communion that faith gives. In this age of Facebook and FaceTime, as wonderful as those tools can be, we know nothing can replace the real face of the loved ones around us. We crave that connection.

Today it takes no great stretch of the imagination to envisage the earth as an interconnected globe humming with electronic transmissions – a chattering planet nestled in the provident silence of space. The ethical question is whether this is contributing to authentic human development and helping individuals and peoples to be true to their transcendent destiny.
– Archbishop John Foley

Touch may be a show that gets us back in touch with that question again. By living the questions, we put ourselves on a quest. In light of our own sorrows as parents who have lost a child, we know the quest isn’t just a chase after numbers to help us make sense of it all, though there may be such comforts and “coincidences” (we had our share with our Gracie). No, we seek not numbers but a Name to make sense of it all. The Name means “God is with us” – and He entered into our mess, our fallen history, and He made it His Story. He confronted evil and suffering and he too lived the questions when He cried out on that Cross of contradiction “My God, My God, why have You abandoned me?” Psalm 22, which Jesus quoted, ends not in agony, however, but trust. His blood is now the silken red cord that ties all things together! By His wounds we are healed. The pilot of Touch ended with Martin climbing a tower to a dark and rainy height where his son has placed himself, looking down on the pain around him. Martin cries out finally with understanding, “I can hear you now. I can hear you!” And for the first time the two embrace in a cathartic climax that had us weeping. I believe our pain and confusion in life will end in a similar embrace with Our God… in the embrace of a Father and Son with all of humanity. “The world is connected. But only His Son sees how.”