Trending Now
You are at:Home»Featured»“Dad’s Not Catholic. So Why Should I Be?”
By Kathleen Blease on April 28, 2011 Featured, Parenting 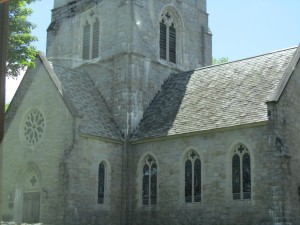 I surprised our son one day. He was preparing for his Confirmation, and I felt it was important to have a heart-to-heart talk. I explained that while he will still need instruction in the Faith, that, in fact, it would become his responsibility to open his heart to the catechism and take it seriously. It was no longer just something Mom wanted. Confirmation should be something he wanted. I needed to know: Does he want to say Yes?

His first thought came out right away and I knew it had been looming for a few years: “Hey, Dad’s not Catholic — and you love him — so why should I be? Dad hasn’t said Yes, so why should I?”

Hmm. This was the question I had been dreading since my children were baptized as little babies. What would I tell them when they pointed out the obvious theological differences between their own parents? Over the years, I decided to let it be until the right time came to address it.

I thought on this a bit and Christ handed me the answer — simple and obvious.

“Oh, yes, conversion. Well, saying Yes to God’s will is the first step, and Dad’s been saying Yes since before you were born.”

Yes, indeed, my husband has been saying Yes since we first married sixteen years ago. I, however, was too driven to pray for his conversion that I didn’t see his giant steps toward God. It was only when I was preparing my son for his Confirmation did I realize the truth. Raised without a faith in any way, my husband has been on a spiritual journey just as valid and blessed as my own. We were on the same path, just not in tandem.

My sweetheart said Yes to marrying in the Church, which included six weeks of pre-Cana instruction, something he embraced with a good attitude, happy to do the homework and to participate in the various exercises. He said Yes to baptizing our babies. He said Yes to all their preparations to receive the sacraments, and he said Yes to homeschooling them in their Faith each and every day.

But my non-Catholic husband is indeed on a journey. He bought for me a statue of The Queen of Peace, he took me to the Vatican for our tenth anniversary, he cried at my grandmother’s funeral when he listened to the priest’s homily, and in little ways he became a defender of the Faith to his atheistic friends and family. These things he did quietly and without fervor.

“Yeah, your Dad said Yes. So, it’s time for you to make the decision. It’s all up to you.”

Then he said the words every Catholic mom wants to hear.

Kathleen Blease knows it can be a tough job turning children into Catholic angels single-handedly! Married to a lovable non-Catholic for 17 years, she wants to encourage other "mixed couples" while they raise their little charges in the Faith. She blogs about her marriage's Catholic/non-Catholic chemistry--and all other curiosities such as books, recipes, and God's creation--at KATHLEEN'S CATHOLIC: How Grace Drizzles In. (www.kathleenscatholic.blogspot.com). Kathleen was a staff editor for major publishing houses many moons ago and is now a long-time homeschooling mom of rambunctious teenage boys. She is also a CatholicMom.com columnist and author of I CAN'T WAIT TO MEET MY DADDY, a gift book for expectant dads. She is presently writing I'M CATHOLIC, AND YOU'RE NOT: A HOPE-FILLED GUIDE TO LOVING YOUR NON-CATHOLIC SPOUSE AND RAISING YOUR CHILDREN IN THE FAITH. Her blog also features sketches and recipes from her future cookbook, THE LITTLE CATHOLIC KITCHEN.