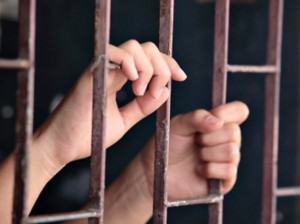 The French word, “liaison” comes from an older French word, related to the Latin word, “ligere”, meaning “to bind together.” Somewhere in its tangled etymological history, “liaison” was transformed in common usage into the verb, “liaise,” one meaning of which is to link together two seemingly unrelated persons, offices, or endeavors.

I usually try to steer clear of the murky depths of politics, but when political ambition intersects with justice, it becomes more difficult to remain silent knowing what I know. The justice system is challenged and fraught with errors all by itself. If added to the mix are the political ambitions of prosecutors with their sights set on higher office, justice is sometimes the first ideal sacrificed on the campaign trail.

The temptation to use high profile prosecutions as stepping stones to higher office can be irresistible. Far worse, the denial of past prosecutorial errors while running for office can feed and heighten an already egregious injustice. Thus, “dangerous liaisons” captures the potential for corruption when prosecutors are also politicians.

“Corruption” is such a strong word, but one of its meanings is “to affect or harm by errors or alterations.” In that sense, corruption may not necessarily define the moral character of a person behind a prosecutorial process so much as the process itself. The process of meting out justice has been corrupted far more than the justice system and its purveyors admit.

THE PERSECUTION OF BERNARD BARAN

In “The Eighth Commandment,” a post written over four years ago for These Stone Walls, I wrote of the trial, conviction, imprisonment, and decades-later exoneration of Bernard Baran, a young man condemned to a Massachusetts prison at the age of 19 for crimes that never took place. A recent Berkshire Eagle editorial took up that case again, describing the climate in which it went to trial in 1984:

“The case that ensued in Berkshire County in the midst of this ugly climate was a throwback to the Salem witch trials. The courtroom was closed during the testimony of the alleged victims, a violation of Mr. Baran’s right to public trial. Psychologists testified to the “repressed memories” of the children, a pseudoscientific practice now thoroughly discredited. Reports and statements that may have assisted Mr. Baran, such as the coaching of a child by a parent hoping for a cash settlement … were withheld from the defense.” (Berkshire Eagle, Sept. 4, 2014)

In 2006, twenty-three years after that trial, Bernard Baran was released and exonerated when Worcester Superior Court Judge Francis R. Fecteau finally recognized and exposed that prosecution’s subversion of justice and the incompetence of Mr. Saran’s defense. Judge Fecteau admitted to the witch hunt injustice sans evidence that condemned Mr. Baran who was 44 years old when finally and fully exonerated.

Even after this exoneration, prosecutors spent the next three years trying to appeal Judge Fecteau’s ruling and return Mr. Baran to prison. Enabling that effort was prosecutor Martha Coakley who went on to become Attorney General of the Commonwealth of Massachusetts and is now that state’s Democratic nominee for Governor following a failed run for the United States Senate.

The sad reason for some recent renewed attention to the Bernard Baran story in theBerkshire Eagle was that Bernard died last month, September 1, 2014, at the age of 49 from an apparent brain aneurysm. After his long struggle for justice, Bernard lived eight short years in freedom. “Eight years to feel the rain, the grass, love’s embrace unshackled, then it ended, at 49.”

That summation appeared in a courageous article entitled “Liberals and Feminists, Stop Enabling the Police State,” by Joann Wypijewski writing for The Nation(September 10, 2014). I call it courageous because Ms. Wypijewski is critiquing the players and power brokers in what apparently is the political field with which she often seems most aligned.

I have read many of Joann Wypijewski’s columns in The Nation and elsewhere, and she often appears to be one of the very “liberal feminists” she chides here for contributing to a grave injustice. It’s easy to write blistering prose about the contenders beyond your political camp, but it takes singular courage and integrity to lay out the inequities on the side of the fence you call your own.

Ms. Wypijewski also reads These Stone Walls, and on more than one occasion she has called me to task on matters of social justice and religious injustice. I don’t often agree with Joann on matters of religion, politics, or justice, but I sometimes find myself hard pressed to disagree. The above article was a stinging rebuke of the dangerous liaison of prosecutors and politicians, and I wanted to cheer when I read it.

Also in September, Henry McCollum and Leon Brown in Raleigh, North Carolina, were exonerated and released from prison after serving thirty years for a heinous crime they had nothing to do with. After three decades in prison, newly tested DNA evidence exonerated them and implicated a 74-year-old man serving another prison sentence for a subsequent, similar crime.

In other words, by convicting the wrong men, the justice system not only allowed the guilty party to go free, but free to commit the same horrible crime again. As the defense lawyer pointed out, it’s impossible to put into words what these two wrongfully convicted men went through in 30 years of prison for a crime committed by someone else.

Worse, both men pleaded guilty to the crime, a challenge to American justice that I explored in “Thy Brother’s Keeper: Why Wrongful Convictions Should Matter to You.” These men faced what are now known to be coercive interrogations by police under public pressure to clear this heinous murder case and get it off their desks.

The National Registry of Exonerations has compiled data for the exonerations of the wrongfully convicted in the United States between 1989 and 2012. There have been 873 of them unmasked to date according to WrongfulConvictionsBlog.org, and in 42% of those cases, prosecutorial or other official misconduct was a factor in the conviction. (“Prosecutorial Misconduct and What’s to be Done? A Call to Action,” May 20, 2013).

I recently came across a book by Bernard Goldberg entitled 100 People Who Are Screwing Up America (Harper Collins, 2005). I didn’t make the list, but one of the longest entries is a familiar name. In 1984, Scott Harshbarger was the District Attorney for Middlesex County, Massachusetts, and today he holds the 40th place in Bernard Goldberg’s book.

In the early 1980s, Scott Harshbarger was a prosecutor who led the charge in one of the most notorious prosecutorial witch hunts in American injustice, the Fells Acre Day Care Center case against Violet, Cheryl, and Gerald Amirault.

This family was at the heart of Dorothy Rabinowitz’s riveting book, No Crueler Tyrannies (Wall Street Journal Books, 2005). As Bernard Goldberg describes:

“With everything he had, Harshbarger went after the Amiraults and sixty-one-year-old Violet, who ran the center, her son, Gerald, and her daughter, Cheryl LeFave … Gerald got forty years in prison. His mother and sister up to twenty.”

Dorothy Rabinowitz described that the convictions came without evidence and zero, none and and as a result of interviews with children that “revealed how the interrogators had been complicit from the outset in shaping the children’s incredible testimony.”

Other experts described the prosecution as “monstrous injustice,” with “egregious interview techniques.” One expert hired by the television news program 20/20 described the tapes of the children’s interrogators:

“The child is repeatedly saying no. I can’t even count how many times this child said no. And how many times the question was re-asked and redirected and the child’s answers seemingly not sufficient.”

Scott Harshbarger went on to run unsuccessfully for Governor of Massachusetts. Martha Coakley, his successor as District Attorney and then as Attorney General, appears throughout Dorothy Rabinowitz’s book, No Crueler Tyrannies as the Pulitzer Prize-winning journalist detailed Ms. Coakley’s attempts to undo the justice finally afforded to the Amirault family, and return them to prison.

A “FOUL HOPE FOR GOVERNOR”

In “Liberals and Feminists, Stop Enabling the Police State,” her recent column in The Nation, Joann Wypijewski had an especially harsh analysis of the prosecutorial spin of Massachusetts Attorney General Martha Coakley against Bernard Baran’s twenty-three year quest for justice and freedom:

“…the Democrats foul hope for Governor, Massachusetts Attorney General Martha Coakley… had a chance, in 2007, to acknowledge the state’s grievous wrong against Baran, call off the local prosecutor’s effort to throw him back behind bars, and grant compensation. Instead, Baran endured years of waiting until 2009, when a court ruled for him; and years of lacerating negotiations for compensation before Coakley conceded a pittance for his twenty-three lost years.”

Martha Coakley’s political ambitions were built upon the “successes” of her work as a prosecutor. “The disgraceful Martha Coakley,” as Joann Wypijewski describes in The Nation, “inscribed her name among the enemies of justice” through her attempts to deny justice to the wrongfully convicted.

For my own full disclosure, the people of just conscience and integrity who came together to fight for justice and freedom for Bernard Baran went on to become the National Center for Reason and Justice which now sponsors my own hope for justice. I am most grateful to them, and to the memory of Bernard Baran who inspired them.

More to the point, as Ms. Wypijewski documents well, criminal justice in America since the 1980s has been too often marked by “the lust for prosecution, the clang of the prison door and the liberal/progressive/feminist hand in enabling the police state and confusing punishment with justice.”

If Martha Coakley is elected Governor, the people of the Commonwealth of Massachusetts will indeed be governed. But, like justice itself, they may not be served.