Trending Now
You are at:Home»Featured»Despite Economic and Social Ills, Blacks Give Obama a Pass
By Anthony B. Bradley on February 7, 2012 Featured, Government & Politics, The Social Order 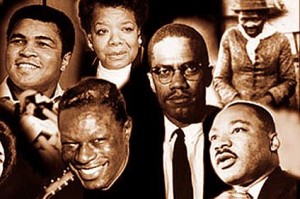 With the celebration of Black History Month we are reminded of the historic presidency of Barack Obama, the nation’s first African-American president. Some black leaders, however, believe that Mr. Obama has let the black community down. For example, prominent voices like Dr. Cornell West and PBS’s Tavis Smiley, former supporters of Obama, believe that having a black president has not led to significant progress for blacks. The truth is that blacks are not only worse off under Barack Obama’s presidency but are grappling with deep-seated economic and social issues that the President himself has little or no expertise in solving.

In spite of these realities, some leaders are asking the black community to support Obama for odd reasons like race. For example, Tom Joyner, host of one of the highest rated morning shows in America, said in an October 2011 column, “Let’s not even deal with facts right now. Let’s deal with our blackness and pride — and loyalty. We have a chance to reelect the first African American president … And I’m not afraid or ashamed to say that as black people, we should do it because he’s a black man.” The historic enthusiasm is understandable but we must deal with facts that tell us race-based voting is futile.

Take unemployment, for example. According to a January report by the University of California, Berkeley’s Center for Labor Research and Education, black worker unemployment steadied around 15-16 percent in 2011, while unemployment for the rest of the workforce dropped below 9 percent. That is, in 2011 the unemployment rate for African-Americans stayed almost exactly the same and declined for everyone else.

Second, with respect to family issues, it is well known that blacks continue to lead the nation in single motherhood. According to 2008 figures, the most recent year for which accurate data is available, 72 percent of black children were born to unwed mothers compared to 17 percent of Asians, 29 percent of whites, 53 percent of Hispanics, and 66 percent of Native Americans. By extension, then, fatherlessness continues to undermine black progress in America. According to FathersUnite.org, 90 percent of runaway children, 85 percent of all children who exhibit behavioral disorders, 70 percent of all high school dropouts, and 85 percent of all youths sitting in prisons are from fatherless homes.

How would voting again for Barack Obama — simply because he is black — fix these problems? Barack Obama is not an entrepreneur nor can he be a father to the fatherless. The best thing that President Obama could do if elected for a second-term would be to remove all the barriers in the way of entrepreneurs so that they can do the things that they do well, such as provide the sustainable employment opportunities that allow adults to take care of their families and permit the marketplace to meet the needs of all of us. Government is neither designed nor equipped to create and sustain jobs. Thousands of years of experience show clearly: Only entrepreneurs have the gifts and expertise to create jobs. We need to encourage them because sustainable employment is the only long-term solution to poverty and unemployment.

With respect to family, one important thing President Obama can do is to continue to provide an encouraging example. Even if you do not agree with Obama’s politics, the president is certainly a model of a man who is committed to his wife and children. In fact, if more black men were committed to their children and their mothers in the way that President Obama is through the institution of marriage, many of the statistics listed above would plummet. However, there is no political solution that President Obama can promote because fatherlessness is fundamentally a moral problem. If we want to make a better black history – and leave a better legacy for our youth — we have to morally form black men so that they remain committed to loving women and children within the context of marriage.

If blacks want to chart a new course reversing these statistics, we should look not to politicians for answers but ask them to get regulatory barriers out of the way of entrepreneurs and moral institutions so that they can do what they have proven the best at for centuries — namely, create the conditions for virtuous human flourishing.