Trending Now
You are at:Home»Featured»Do We Want More Affordable Health Care? Then We Need To Leave Health Care To The Free Market
By Dr. Tracy C. Miller on December 20, 2013 Featured, Government & Politics, Law & Justice, The Economy 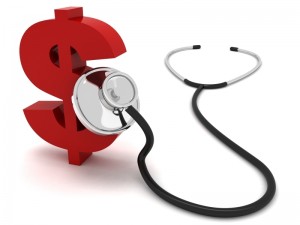 The problems with the healthcare.gov website offer a glimpse of the way the Affordable Care Act (ACA) is likely to fail at accomplishing its most important goals: providing affordable, high-quality health care to all Americans, without increasing the deficit. The ACA is the latest of a series of attempts by the federal government to use subsidies and regulations to make health care affordable for all Americans regardless of their health status. The ACA, like the regulations and subsidies that came before, only increases the problems resulting from the incentives created by our health care system. If Congress repealed the ACA, along with other regulations and subsidies that distort the market for health care, health care could become more affordable and provide better quality than it ever will be under the rules and subsidies of the ACA.

A major problem with our health care system is that it costs much more to insure people with major health problems than it does to insure the majority who are in reasonably good health. If health insurance premiums were determined by the market, they would be affordable for most who are in good health, but unaffordable for many who have serious health problems. Over the years, governments have used a variety of regulations and subsidies to make it easier for sicker members of the population to afford health insurance.

Employer-sponsored insurance (ESI) works well for those working for large corporations. One drawback is that it discourages workers from changing jobs, particularly if they develop a health condition that will increase the likelihood that they will incur major health care expenses. To keep premiums from rising for ESI plans, health insurers may choose not to cover pre-existing conditions of newly hired workers. To protect those who change jobs from not being covered, several state governments require ESI plans to cover pre-existing conditions, sometimes allowing a short waiting period following the hiring of a worker.

Small companies that provide ESI have an incentive to hire only healthy workers if regulations do not permit insurance companies to exclude pre-existing conditions from the coverage they offer. A small firm also has an incentive to find an excuse to lay off a worker who develops costly health problems while employed, since insurers are likely to raise premiums for firms whose workers incur higher health costs.

Because all of the existing subsidies and regulations are not enough to keep those with chronic health problems from facing premiums that are much higher than average, the ACA requires insurance companies to provide full coverage for everyone who applies, regardless of health status, and prohibits companies from varying premiums except based on age or whether the insured smokes. It includes an individual mandate so that healthy people will not opt out of buying insurance. The greater the percentage of healthy people paying premiums, the lower the premiums for everyone, including those with chronic illnesses.

No existing government regulation or tax policy has succeeded in preventing many of those with high health risks from being charged more for their health insurance. Even with its mandate, it is doubtful that the ACA will succeed at providing insurance that enables those with chronic health conditions to pay the same prices as everyone else and still receive high-quality health care. Government may be able to force insurance companies to provide affordable coverage to high-risk people, but without adequate incentives, don’t be surprised if the insurance pays for care from a very limited network of health care providers, severely limiting the options of high-risk clients.

Rather than fighting market forces, the best way to promote affordable health care is to allow entrepreneurs competing in the market to devise a solution that would make it profitable for insurance companies to cover those with high health care costs. One solution, proposed by the Heritage Foundation, is health status insurance, whereby people insure against declines in their health status. If early in their lives people could pay extra for insurance against developing a chronic health condition in the future, then insurance companies could afford to cover everyone regardless of what happens to their health over their lives. Premiums for health status insurance would be affordable, even if set high enough to compensate insurance companies for the expected cost of providing high quality care for chronic illnesses, which some fraction of their clients would develop later in their lives.

Affordable health care remains the goal. To get there, let’s leave it to the free market.