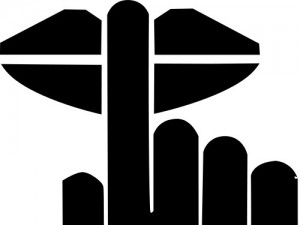 I addressed this issue in an earlier article.

Now another article in the Theological Studies Journal raises the issue of theological silence about racism. And again the theological silence about abortion and about Racial Eugenic Targeted Abortion (RETA) is deafening. In “Redeeming Conscience,” in the March 2015 issue, James F. Keenan’s main point is that the recent Synod in Rome was silent about conscience. Further, Keenan asserts that conscience is so ineffective in America because of the history of slavery. He does not mention the effect of 60,000,000 abortions on conscience, nor does he extend his principles to RETA’s effect.

Keenan refers to slavery, torture, rape, lynching, heinous conduct, sexual assault, radical evil, killing, domestic violence, and bullying. But why is the word “abortion” not in his article?  (Fr. Bryan Massingale also had the same glaring omission, which I discussed in my last article.) With the consideration of so many evils and their connection to racism, why don’t 17,000,000 African-Americans children killed in abortions matter? Why are 12,000,000 dead Hispanic babies invisible and insignificant?

These theologians note the enduring injuries to present-day African-Americans and the on-going traumas of white racism. For example, they posit that several thousand lynchings in centuries past continue to have far-ranging, systemic, damaging effects on African-Americans today. While their conclusions are logical, these same theologians ignore the ongoing, destructive effects of Post-Abortion Stress Syndrome (PASS). PASS is a form of PTSD. It affects not only the mothers of babies killed, but their fathers, siblings, family, and the whole society. And although minority mothers are impacted disproportionately, every mother and every father, non-white and white, can suffer PASS. (For more on PASS, click here.)

Massingale, Keenan, and this entire group of theologians know that all whites today are guilty, all. According to an asserted “Complicity” theory, all whites today are condemned for the “social sin” of racism, including whites who “consciously and unconsciously participate in” racism. As Massingale says: “Complicity better captures the (at times) involuntary and inadvertent entanglement with oppression and sinful social structures that arises from a more cultural understanding of racism.”

In discussing the work of Mikulich, Cassidy, Pfeil, Teel, and Pramuk, Massingale refers to “white habitus,” “pervasive cultural malformation,” “the code of whiteness,” “willful [white]ignorance,” “white racial identity,” “needed personal conversion,” and the “moral conundrums of whiteness.” None of these descriptors is limited. This applies to all whites. Every white person living today.

Without argument, accepting the all-encompassing white ambit of this particular application of Complicity Theory, and applying its principles as these theologians do, in light of RETA, everyone, not just all whites, everyone in America is guilty of the sin of RETA. Every single one of us, of all colors, every citizen, every voter, every taxpayer, every mother, every father, every office holder, every theologian, of all ages, we are all complicit in RETA.

Why is Keenan, why are all of this particular group of theologians, in their discourse and search for truth about racism, silent about abortion and about racial eugenic targeted abortion? This kind of global, institutional, across-the-coterie silence is no accident. What is going on here? Is there an unspoken agenda? What are these “theo-logos” people afraid of?

Perhaps some of these facts provide an answer for the silence of these theologians:

1. RETA is a fact. Of all abortions in the USA, about half are of minority babies, but their mothers account for less than thirty percent of the population. For one abortion business, about eighty percent of its retail locations are purposefully in or near minority neighborhoods. “Black genocide” is a fact. See, for example, Maafa 21,  BlackGenocide.org, or Abort73.com. Dr. Alveda King, Dr. Martin Luther King’s niece, speaks often about the modern-day black genocide of abortion.

2. The Democrat Party has become the Party Of Death due, among other things, to its position on abortion, including government provision of abortions and taxpayer funding of abortion. The party platform is crystal clear: “The Democratic Party strongly and unequivocally supports Roe v. Wade and a woman’s right to make decisions regarding her pregnancy, including a safe and legal abortion, regardless of ability to pay. We oppose any and all efforts to weaken or undermine that right.” That is, the court-created right to abortion is absolute for Democrats and no Democrat who wants party support can say otherwise. The pressure is there to vote the party line on abortion, on taxpayer-funded abortion, and on legislative support for Planned Parenthood and other abortion businesses which implement RETA.

3. Abortion businesses receive hundreds of millions of dollars in federal funding. Campaign contributions from abortion businesses like Planned Parenthood and their directors and employees, amounting to millions of dollars, go to office holders and candidates of all parties, but, overwhelmingly to Democrat candidates. The retail realization by Planned Parenthood from the sale of ten well-preserved baby brains removed by splitting a baby’s face open equates with a campaign contribution of $10,000.

4. Despite the now-publicized barbaric acts of these abortion businesses, their doctors, their nurses, their technicians, and their administrators, acts worse than the 1930’s National Socialists ever dreamed of, Democrats from the Democrat President and the front-running Democrat candidate down to the local level all “stand by” the crimes of these abortion businesses. Although other parties have no “Abortion Only” litmus test, members of other parties and some independents are also pro-abortion, pro-Planned Parenthood, and pro-tax-funded abortions.

5. The Catholic bishops have told voters there are two, only two, intrinsic evils: racism and abortion. This means that nothing, no other consideration, outweighs these evils. The “seamless garment” subterfuge cannot cover, excuse, outweigh, or nullify the evils of racism and abortion.

Turning over the bushel basket hiding these facts, and considering RETA in all its evil and implications, no other conclusion can be drawn: For a person with a well-formed conscience, it is a sin to vote for any person so that RETA will become the law of the land or so that abortion businesses can continue to operate with a RETA policy.

Could this be why these theologians are silent about RETA?

Undeniably, a serious consideration of racism requires a consideration of, discussion of, and then appropriate action regarding racially eugenic targeted abortion. Moreover, I would also ask these theologically silent thinkers if they will speak for the 200,000,000 million little girls worldwide who are now killed and forever silenced by sex-selection abortions? I would ask M. Shawn Copeland (whose work is mentioned in the Massingale and Keenan articles) for whom race and gender are “co-constitutive,” two questions: 1. If Jesus of Nazareth, the Christ of God, cannot be an option for unborn little girls, can He be an option for anyone? and 2. Is not solidarity “intelligent, active, compassionate love for the other” with these unborn little girls a task of the highest ethical priority, a task that demands hearing, demands confrontation, demands action?

I find discussions of sin and death, suffering and injustice, and even laughter in the December 2015 issue of Theological Studies Journal. I find no mention of racial eugenic targeted abortion. For that matter, I find no in-depth discussion of abortion, period. But there is a short review by Professor Jon Nilson of Jennifer Harvey’s book, Dear White Christians: For Those Still Longing For Racial Reconciliation, in which the case is made for reparations today from white people to African-American people. I would ask them both: What reparations are due for RETA? Who will pay these reparations to whom? And, although Planned Parenthood can tell you what it charges for individual organs, single or multiple body parts, or an intact entire baby body, what is the value for reparations of a human being?

In conclusion, I paraphrase and expound on the words of Massingale and of Keenan. A la Massingale: Concern for racial eugenic targeted abortion should emerge as both a central omission in Catholic theology’s past and a challenge for its future. There must be a deeper engagement regarding RETA. Much remains to be done. The still unfinished task is that of “breaking the silence” with regard to the social evil and sin of racial eugenic targeted abortion.