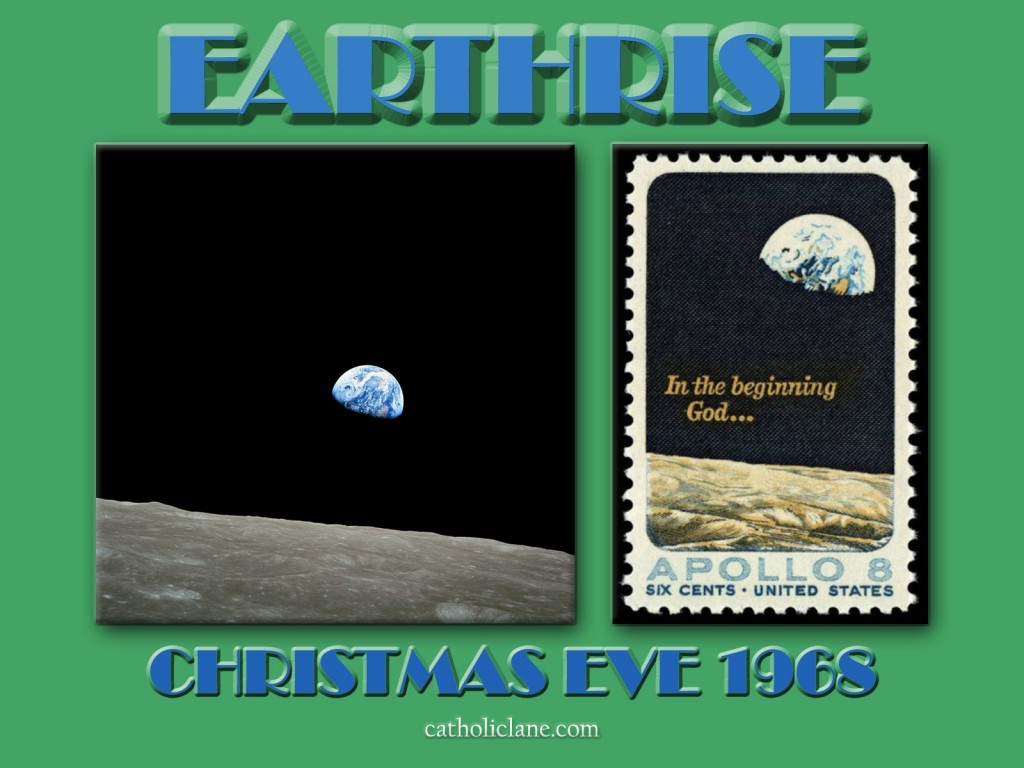 One of the most famous photographs of the Twentieth Century, dubbed “Earthrise”, was taken by astronaut William Anders from lunar orbit during the Apollo 8 mission on December 24, 1968 — 45 years ago today.

The commemorative postal stamp was issued the next year; it quotes the first words of the Bible because the astronauts had taken turns reciting the first 10 verses of Genesis during a live television broadcast on Christmas Eve.