Trending Now
You are at:Home»Featured»Equations of Christmas: What Does “X” Really Mean?
By Dr. Gary L. Welton on December 24, 2013 Featured 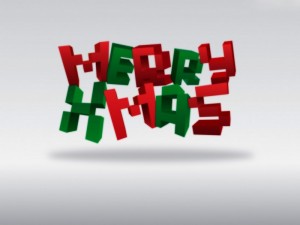 I wish you and your family a Merry Christmas, a White Christmas, Happy Holidays, and Season’s Greetings; but most of all, I wish you a Blessed Christmas.

Being at our season of life, in those years between teenage children and endearing excitable grandchildren, my wife and I recall our various memories of Christmas past. We remember our common extended family traditions, which involved cramming scores of beloved aunts, uncles, and cousins into small houses that comfortably held only a handful, in which we enjoyed a fantastic spread of holiday treats (though most of us ate primarily from the food that our own mother had prepared, as familiarity always trumped the risk of change).

Not every memory is positive, however, as there were moments of boredom, serious sledding accidents, cattle breaking through the fence, sibling-like spats between kissing cousins jammed into such close quarters, and the trip to the ER when grandma fell off her chair. Nevertheless, I always smile when I remember the moments we shared and our common Christian tradition. We celebrated our sacred faith in the mystery of Christ’s provision of redemption.

Our society, however, is moving away from the shared sacred holiday. As we become a more diverse society, we begin to replace the Christmas carols with the holiday music. We replace the infinite incarnation with the maudlin focus on white snow and green trees. One particular holiday greeting, however, is more sacred than it first appears.

Some of my Christian friends and mentors have waxed eloquent about their rejection of the “Xmas” greeting. They argue that we have taken Christ out of Christmas and replaced Christ with “X,” an algebraic symbol for a variable unknown quantity. The history of the term Xmas, however, is not algebraic, but rather rooted in the Greek language and the letter chi (x).

Early Christians used the fish as a symbol of their faith. The Greek word for fish, icqus (ichthys), was used as an acrostic reference to the incarnate Jesus Christ, God’s Son, Savior. It is said that during the life and death persecution of the early church, a Christian meeting someone new would begin to draw a fish in the sand. If the other person was a Christian, he or she would complete the drawing. If the second person was not a Christian, the ambiguity of the half-symbol would not reveal the first person as a Christian. The letter x quickly became a recognized abbreviation for Christ. Hence, it was natural to shorten the term Christmas to the term chi-mas, or Xmas.

Some in our society will argue that Christmas should become a secular holiday, separated from the Christian tradition, given the early historical celebration of the winter solstice. It is no accident, however, that Christmas is the most significant holiday in America, totally eclipsing any celebration of the summer solstice. Separating Christmas from its sacred meanings is simultaneously robbing Christmas of its lasting impact in our society and our individual lives.

Although some will use the Xmas greeting in an attempt to separate the secular from the sacred, the historical roots show that the term Xmas is an indirect reference to Christ. The use of Xmas by some might be an attempt to suggest that the speaker is trying to replace Christ with the algebraic symbol for the unknown. Nevertheless, we can solve for the value of X in Xmas. The experienced hearer will solve for X and find the value of X is equal to the infinite focus of our Christmas season.

As a growing secular society attempts to remove Jesus Christ from the equations of Christmas, take joy in the fact that despite these efforts the ultimate truth remains: The reason for the season is a gift from God—a baby’s birth nearly 2,000 years ago—the world’s Savior.

Have yourself a blessed little Christmas this year.