Trending Now
You are at:Home»Learn & Live the Faith»Vocations»Eight Great Reasons To Be Single And Celibate
By Stanley D. Williams, Ph.D on February 1, 2011 Vocations

As a Catholic you’ll find some of these reasons interesting, if not ironic, because they do not come from the pen of a celibate Catholic theologian, monk, or priest cloistered in a Mongolian monastery. Instead, they come from a Protestant-Evangelical minister, John Piper in his book Recovering Biblical Manhood and Womanhood. John is married to Noel and together they have four children.

1. Marriage in not the final destiny of any human being.

Christ reminds us in Mark 12 that in heaven there will be no marriage, but we will be like the angels in heaven. If our ultimate goal is heaven, as opposed to marriage, then we must see that our ultimate state is as an angel who is not married. 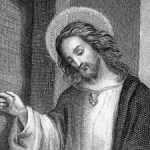 2. Jesus Christ, the most fully human person who ever lived was not married, and he never once had sexual intercourse.

Modeling our life so completely after Christ’ singleness of life and purpose…in the words of Luci Swindoll “leads into a wide world of wonder and freedom and joy and love.”

3. The Bible celebrates celibacy because it gives extraordinary opportunity for single-minded investment in Ministry for Christ.

An unmarried person cherishes his or her freedom for flexible scheduling and for the ability to take risks that you could not take if you were a husband, wife, mother or father. The single life-style enables one to get the most out of the time God gives for His work. One missionary said, “One of my chief delights is that I don’t have to fit my ministry around a family schedule. I don’t have to be home at a certain time each night. My time is the Filipinos’ time.”

4. The Apostle Paul and a lot of great missionaries after him have renounced marriage for the sake of the Kingdom of God as Jesus. (c.f. Mt. 19:12)

Ada Lum, a single woman working with an Evangelical mission in S.E. Asia tells of sitting next to a nun while flying from Rome to Munich. Ada was impressed by the youthful enthusiasm of this nun who had been in the mission fields of the Philippians for 30 years and spent part of that time in a political jail. For the first time this single Evangelical missionary, who had considered marriage, saw the plain gold ring that most nuns wear, inside of which was inscribed, “Wed to Christ.” To the Evangelical the concept was new and exciting. Imagine being married to the creator of the universe.

5. The Apostle Paul calls singleness a gift from God.

“I wish that all men were [single]as I am. But each man has his own gift from God.” (1 Corinthians 7:7) Although God created all of us for relationships we can have many healthy and fruitful relationships without marriage.

6. Jesus promises that forsaking family for the sake of the kingdom will be repaid with a new family, the Church. (Mark 10:29-30)

Singles have discovered the hundreds of family members in the body of Christ. April, our single daughter who is now 28, always wanted to have a lot of children. She thought she could only do that through marriage. But April is not married, yet she has a rich relationship with 20 children that she nurtures and calls her own where she teaches elementary school. We are regularly inundated with pictures and stories about “her kids” which have in turn become our grandchildren.

7. God is sovereign over who gets married and who doesn’t. And He can be trusted to do what is good for those who hope in Him.

The Psalmist says, “no good thing does he withhold from those whose walk is blameless” (Psalm 84:11). Ann Kiemel Anderson wrote this poem: Jesus — if this is Your will — then YES to being single. — In my deepest heart, I want to marry, — to belong to a great man — to know that I am linked to his life — and he to mine. — following Christ and our dreams together. — But you know what I need. — If I never marry, — it is YES to you.

8. Mature manhood and womanhood are not dependent on being married.

We are either man or woman by nature. God gives us sexuality and a temperament to match. Who we are is based on his creation, not on our vocational decision. We are not made more fully man or woman by being married, or having sex, or having children. Your role as a single person is different than as a married person. But, don’t confuse your role with your sexual identify. Regardless of marriage, you are a full creation, with unique and particular passions, gifts, skills and talents. God, through Christ and the Church, has promised you a full life. All you have to do is respond to his call and say yes.