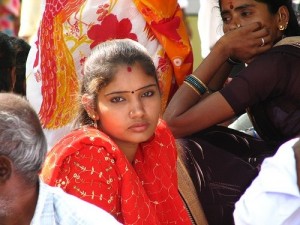 On Nov. 8, 2014, Dr. R.K. Gupta set about performing tubal ligations on 80 women at a mass sterilization camp in the Indian state of Chhattisgarh. He completed all the surgeries in less than six hours. Subsequently, dozens of these women fell ill and at least 13 died.[i] An investigation is ongoing but it appears that gross negligence on the part of many people contributed to these fatalities.

The facility in which these surgeries took place was far from sterile. It was an abandoned hospital in rural India with broken windows and animal feces on the floor. The doctor and staff assisting in the operations did not change gloves or sterilize medical equipment between patients. The same needles and sutures were used from one patient to the next. Scalpels and other surgical equipment were rusty. In addition to the unsanitary surgical practices, the antibiotics used on these women may have been tainted.

An investigation of the pharmaceutical plant that supplied the drugs for these surgeries found nothing definitive but an unexplained bonfire with suspicious residues. The Indian government has now banned the sale and distribution of all medicines from this pharmaceutical plant[ii].

As horrific as this tragedy is, it is not uncommon in India. In 2013 some 100 women were found abandoned in an open field following a similar sterilization camp. Many of them were only semi-conscious having not yet recovered from the procedure.[iii]  Indian Government data reveals that between 2009 and 2012 over seven hundred women died from complications of a tubal ligation, a supposedly minor surgical procedure.[iv]

Why, then, do between five and six million Indian women every year agree to be sterilized? Looking at the demographics of those being sterilized, it is the poor and illiterate women of rural India who are subjected to this mutilation.

India is using sterilization as a tool against poverty. The National Rural Health Mission recruits women from rural communities to be “motivators.” They are paid a finder’s fee for every woman they convince to be sterilized. Similarly, doctors are rewarded for meeting targets for the number of women sterilized. It is reported that Dr. Gupta, the doctor responsible for the most recent sterilization camp deaths, was paid 50,000 rupees (just over $800US) for his work that day.

Such monetary incentives encourage health care providers and “motivators” to do whatever it takes to accomplish large numbers of sterilizations, including bypassing standard infection control procedures. A recent review of seventeen sterilization camps found that six of the camps did not have running water. Five camps were not using sterilized instruments.[v]

Requisite medical supplies are often lacking. Instead of using proper surgical equipment to fill the abdomen with carbon dioxide during the laparoscopic sterilization procedure, doctors often use a simple bicycle pump to inflate the abdomen with ambient air.[vi]

Even the women themselves are offered rewards for sterilization. It may be as little as five kilograms of rice or it may be the equivalent of a week’s wages in cash.[vii] In 2011, the Indian state of Rajasthan offered television sets, food blenders, and even a chance to win a car as incentives to entice women to be sterilized.

For these women who are living in dire poverty, these material luxuries are otherwise unattainable. Such prizes often prompt husbands to demand their wives be sterilized in order to receive these benefits.[viii]

While there is certainly plenty of blame to go around for the exploitation, injuries, and deaths of vulnerable poor Indian women, coercive government sterilization policies and unscrupulous health care workers do not arise in a vacuum. The root cause of these atrocities can be traced to a culture that sees human lives as obstacles to prosperity. Instead of treasuring each life as a unique gift with intrinsic dignity, lives are measured for their economic productivity.

Such utilitarian thinking is not limited to India or to countries with large swaths of material destitution. Jonathan Gruber, the highly touted MIT economist who consulted extensively and contributed to the creation of the recently enacted Affordable Care Act in the United States, is on record stating that abortion is a key component in fighting poverty.

He claims that ending the lives of these “marginal children” before they were born into poor households saved the government over $14 billion dollars in welfare expenditures between 1972 and 1994. Therefore, he argues, abortion should be seen as a valuable tool in the fight against poverty.[ix]

Failure to adhere to such a standard dooms a culture to a spiritual poverty that no economic achievement can offset. Eliminating the impoverished does not eliminate poverty.