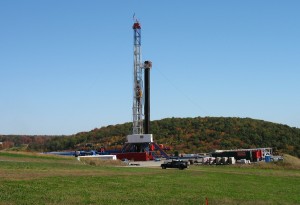 We can’t drill our way to energy independence. Or so proclaims the president and many of his supporters. Here in Pennsylvania, the proclamation rings hollow; we are in the midst of a historic natural gas boom.

A veritable endless supply of clean burning natural gas is at hand.

If you are not from Pennsylvania, this is how the gas boom looks: Recently, gas-supply companies have been petitioning the public utility commission for a rate reduction—a reduction from the already low rates (which is remarkable, given today’s economy). In what is no doubt a shock to practitioners of big government, this abundant natural resource is being made available at a reduced cost to the consumer, without the need for government mandate or directive, or without tax money “stimulus” or incentive. The invisible hand of the free market is at work here in the Commonwealth.

In addition, Shell Oil Company has announced the redevelopment of a historic industrial site to construct a $2.5-billion petrochemical ethane “cracker” plant, which will convert the “wet gas” from the Marcellus Shale into chemicals used for many purposes, from tires to diapers. The oil giant has estimated the facility could bring billions of dollars in investment into the region, employ several hundred people, and create 10,000 construction jobs.

In addition, the Marcellus Shale gas development is a great relief to Pennsylvania’s rural land owners, many of whom are farmers and have difficulty getting by even when times are good. Lease payments and royalties are a great benefit to rural Pennsylvanians. Many direct jobs will follow as development moves forward—jobs in drilling, site preparation, pipelines, etc., not to mention added support jobs.

While there are environmental concerns for just about every human activity, the technology and controls are available to responsibly develop the Marcellus Shale natural gas.

In great contrast to the free-market development of the Marcellus Shale is the heavy hand of government mandates and taxpayer-supplied stimulus and incentives for the likes of windmills and solar power. Not only have these “green” technologies been forced upon the entire country—with President Obama’s Solyndra a thoroughly reported example—but here in Pennsylvania, we have had the same enviro-insanity foisted upon us by the previous gubernatorial administration of Ed Rendell. Similar to many other states burdened by “green” energy laws, Pennsylvania (in November 2004) passed a law called the Alternative Energy Portfolio Standard. This law required each electric-distribution company or electric-generation supplier to provide 18 percent of its electricity using alternative-energy sources by year 2020. To support these requirements, alternative energy companies were lured to the area by being “incentivized” with taxpayer money, and provided by law with this guaranteed market for their economically unviable energy sources, such as solar and wind.

One does not have to be a geography, climate, or Northeast-states expert to recognize the impracticality of these alternative energy sources in Pennsylvania. And yet, the lack of economic viability for these alternative sources was determined to be insignificant by the progressive powers that be.

The ingenuity of Americans to assemble the component pieces of economic energy—and to convert that economic energy into economic abundance and wealth—is an American success story. Wealth generation is the outcome of Americans freely conducting their lives as they see fit in the pursuit of happiness. The perpetual motion machine of Americanism is driven by freedom; the freedom to obtain, assemble, and release economic energy and create wealth. As in this example of the Marcellus Shale, independent companies applied their own capital and technologies to acquire natural gas thousands of feet below the land surface. In turn, those companies then provided this product to the consumer at a reduced price, provided gainful employment for their fellow citizens, and required no government handout or incentive. The constraints have come mostly from government.

In the midst of a natural gas boom, Pennsylvania serves as a poster child for a citizenry faced with a choice between an energy policy based on progressive or free-market policies. The choice is easy to make. Demonstrably, the free market is not broken as our president proclaims.