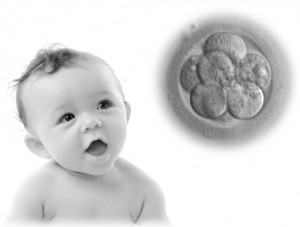 The European Court of Human Rights (ECtHR) has decided to hear the case of Adelina Parillo v. Italy (no 46470/11), which has serious implications for the question of the legal status enjoyed by the human embryo.

The case concerns a woman who in 2002, at the age of 48, decided together with her husband to have children by means of medically assisted procreation (MAP). Five embryos were created for this purpose and frozen for future implantation, the applicant suffering from endometriosis. In 2003, the applicant lost her husband and gave up the idea of having one of the embryos implanted. Eight years later, in 2011, dissatisfied that Article 13 of the Italian Act 40/2004 (Act 40) forbids the destruction of human embryos (including through scientific research), the applicant applied directly to the ECtHR, without exhaustion of national remedies. She alleges that her “property rights” over the five frozen embryos (Article 1 of Protocol No. 1) and her “right to private life” (Article 8) have been breached by this law which prohibits her from “donating” the embryos to scientific researchers, “obliging her to keep them in a state of cryopreservation until they were no longer viable”.

Claiming a right of “property” over the embryos implies that they are mere things, and not persons or subjects of law.

The fact that the ECtHR has agreed to even consider this case is alarming, given the Court’s long-standing failure in providing due protection to the human embryo’s right to life, which was in recent years supplanted by incremental efforts to construe a “right to abortion” through the backdoor, using the “right to respect for one’s private life” as a pretext. As I write this, no one is able to predict to which levels the ECtHR might still push its juridical aberrances.

An important precedent was set in the case Vo vs. France, in which the Court was asked to decide whether it was sufficient for France to protect the life of an unborn child not through criminal law, but solely by providing the mother a possibility of bringing civil action against a medical practitioner whose malpractice had caused here to lose the child with which she was pregnant. In that case, the Court made the following rather bizarre statement:

84. At European level, the Court observes that there is no consensus on the nature and status of the embryo and/or foetus (see paragraphs 39-40 above), although they are beginning to receive some protection in the light of scientific progress and the potential consequences of research into genetic engineering, medically assisted procreation or embryo experimentation. At best, it may be regarded as common ground between States that the embryo/foetus belongs to the human race. The potentiality of that being and its capacity to become a person – enjoying protection under the civil law, moreover, in many States, such as France, in the context of inheritance and gifts, and also in the United Kingdom (see paragraph 72 above) – require protection in the name of human dignity, without making it a “person” with the “right to life” for the purposes of Article 2.

This statement is rather strange, as there certainly is scientific consensus that the human embryo is a human being that, having a unique and distinct genetic identity, cannot be considered a part of its mother. But if it is a human being, there should be no room for doubt that it also is a bearer of human rights, including the most fundamental of all human rights, which is the right to life.

But that conclusion apparently did not square with the decision the judges wanted to make. Therefore, they decided to introduce a completely new criterion: “personhood”. In other words, to enjoy the right to life (or any other human right) it is no longer sufficient to be a human being. Instead, one must qualify as a “person”.

One might have expected that, if being a “person” is the key to being a bearer of human rights (which henceforth should more appropriately be called “person rights”), the Court would spare no effort to find a criterion that would allow it to distinguish “persons” from “non-persons”. But the Court made no such effort. Instead, it wrote the following:

85. Having regard to the foregoing, the Court is convinced that it is neither desirable, nor even possible as matters stand, to answer in the abstract the question whether the unborn child is a person for the purposes of Article 2 of the Convention (“personne” in the French text).

Admittedly, while it is self-evident that the unborn child is a human being, the criterion of “personhood” appears rather arbitrary: given its rather “philosophical” nature, anyone can define it as he chooses. And precisely this may have been the reason why the Court has decided to use it: it can be manipulated so as to avoid the (perhaps unwelcome, but under normal circumstances unavoidable) conclusion that the unborn child is a bearer of human rights, and that abortion therefore is a human rights violation.

But the subterfuge used by the Court is patently absurd. First of all, if one carefully reads Article 2 in other languages than French, it quickly becomes clear that the authors of the Convention had no intention at all to distinguish between “human beings” and “persons”. The decision is based upon the willful misinterpretation of one single linguistic version of the Convention, while all other linguistic versions were arbitrarily set aside.

Secondly, one is tempted to wonder why it would be “undesirable” to answer the question whether an unborn child is a “person”. Given the unclear meaning of the term, it may be impossible – but undesirable?? Was the Court afraid of the practical consequences that the answer to this question might have implied?

The Vo Decision leaves a very bad haut-gout: quite obviously, the judges first made the “political” decision to avoid a judgment that would imply that the unborn child must be considered as a bearer of human rights, as that would inevitably have had implication for the abortion issue. And after having made that “political” decision, they went looking for seemingly “legal” arguments that would lend support to that decision. What a travesty! This is precisely what judges should never do – especially when the “legal” reasoning they finally manage to come up with is as moronic as the two paragraphs quoted above…

With the Vo decision the ECtHR has thus once and for all times forfeited its credibility as an impartial and highly qualified human rights institution that has the willingness and capability to base is decisions on sound legal reasoning. What followed since hat day was a seemingly endless series of equally misguided decisions, so that at least we don’t have any illusion that this Court will ever make a positive contribution to the protection of human rights in Europe. The best we can reasonably hope for is that it abstains from inflicting further damage to the human rights idea.

But this at least is something we have the right to expect. If, according to the Vo Decision, “it is (not) possible as matters stand, to answer in the abstract the question whether the unborn child is a person”, then a national legislator must have, without the shadow of a doubt, have a wide margin of discretion to answer this question as he thinks fit, and to legislate accordingly. In the case at hand, Parrillo v. Italy, the Italian law is clearly based on the assumption that the human embryo is not a “thing”, but a person.

Should the ECtHR uphold the applicant’s allegation that her “property rights” have been violated, then this would be the first case in which a human rights court would define a human being as a “thing” that could be the object of someone else’s property rights. I hope that this would be the very last decision this wretched Court is allowed to make before it is dissolved.