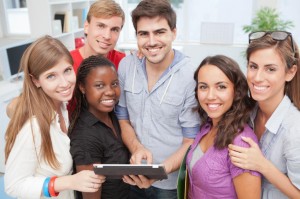 Occupy Wall Street activist and “independent journalist” Jesse Myerson recently made waves when he penned a piece for Rolling Stone in which he laid out five major policy priorities that Millennials should be fighting for, including such novel concepts as “guaranteed work for everybody,” and “take back the land.” Perhaps the best indicator of the sheer lunacy of his proposals is the fact that many readers initially assumed that his article was satirical in nature. When everyone figured out he was serious, it didn’t take long for the rebuttals to start popping up.

Perhaps my favorite response to Myerson comes from conservative blogger Matt Walsh, who offered his own five point program for Millennials to pursue. While Myerson’s vision of a “just, fair society” hinges on unrealistic and juvenile ideals, Walsh looks to the the age-old virtues of personal responsibility, self-discipline, and hard work. His five economic reforms, not surprisingly, exhort individuals to take responsibility for their own choices, rather than wallow in self-pity and a sense of indignant entitlement. What follows is his list, along with my own take on his points.

1. Don’t go to college unless you actually need to be there.

Walsh makes the undeniable if rather inconvenient observation that the great majority of young people who attend college have no good reason for doing so, other than that it’s what everyone seems to do after high school. The result? Millions upon millions in college debt hanging around the necks of Millennials like millstones, with nothing to show for it. Walsh reminds us that college isn’t meant to be a four-year deferral from the responsibilities of real life, it’s meant to be a place for serious, organized, ambitious individuals who have a plan for their future that necessitates collegiate study.

2. Don’t buy things unless you can afford them.

Probably the most depressing item on the list, if only because it should be the most obvious and is clearly the most difficult for Americans of any age to observe. We are a nation of conspicuous consumers and have completely lost the ability to delay gratification. Our opulent lives are financed on credit cards and have been for so long that it’s difficult to imagine any other way to live. The notion of saving up to buy something you want seems unreasonable, if not downright offensive.

The human capacity for self-delusion and excuse-making never ceases to amaze. It’s so much easier to weave an elaborate tale of misfortune, bad luck, or injustice than it is to admit that maybe you’re in the situation you’re in because of your own bad decisions or personal failings. It’s always easier to point the finger of blame. As Myerson’s article painfully reminds us, a seductive, disastrous, and deadly philosophy was built around this tendency of ours, and the 20th century is scattered with the bloody results of these ideas played out on the political stage across the globe.

Of course, life isn’t fair. This is a frustrating but inescapable reality, and any political project promising to achieve total fairness and equity for all has always been (and will always be) code for either 1) universal mediocrity or 2) murderous totalitarianism.

This one is likely to offend Millennials because we’ve been steeped from birth in a culture of uncritical affirmation and self-esteem. We’re the generation with trophy rooms dedicated to all of our participation ribbons. We’re the ones who’ve always been told that we’re special and unique, and that we can be anything or do anything we want to do. As effective as this is for producing a generation of self-important narcissists, it doesn’t do much to prepare us for the rigors of the job market. Enter Myerson and his brilliant idea that the government should pay us all a basic income so that work for money is optional and we’re all free to pursue our bliss. Wow, what a great idea. That shouldn’t be difficult to engineer. We’ll just take all the money away from people who work hard to produce valuable goods and services and give it to those that would rather spend their time “self-actualizing.” What an excellent, excellent business model!

Another inherently offensive idea to Millennials. The gall! Suggesting that people take responsibility for their own financial security instead of relying on the government or anyone else. America has settled quite comfortably into an entitlement mindset, given that most people alive today cannot remember a time without Social Security, Medicare, and Medicaid. We pay our taxes and we expect that Uncle Sam is going to take care of us – ALL OF US – when times are tough or we’re old and sick and can no longer care for ourselves. Millennials had better wake up and smell the coffee because our government has bankrupted the entitlement system, and from all indications our leaders are completely unwilling to take the steps necessary to fix it. That means it will be up to young people to plan ahead and live responsibly now if they want to avoid terrible hardships later.

As Mr. Walsh so aptly demonstrates, anyone with an ounce of common sense and intellectual honestly can see through the tired clichés and class warfare tactics behind Myerson’s program. To be fair to Myerson, I’m sure he thinks his ideas are excellent ones. He thinks that somehow, despite a century of failed social engineering adventures that ended in genocide and despair, Progressive intellectuals will figure out how to get the formula right, and the kind of fair and just society he envisions will be a reality for all.

Even if his ideas were workable, there would still be one major problem with his plan: No one in America really wants the kind of society that Myerson is advocating, not even Myerson, really, if he’s honest with himself. As much as Millennials might whine and complain and rail against the evils of capitalism, the bottom line is that American culture still celebrates and cherishes freedom and economic opportunity. We might not admit it to ourselves, but it’s true. That disgruntled cashier making $8 an hour at Wal-Mart? That college grad living at home in his parents’ basement? Neither wants to live in a society where everyone gets paid a subsistence wage and the possibility of fantastic economic prosperity is prevented by the benevolent, leveling arm of Big Brother. Americans don’t dream of comfortable mediocrity, we dream BIG! We dream of being the person with that million dollar idea. We dream of making it to the top of the corporate ladder. We dream of vacation homes and fancy cars and big screen TVs. Some of us dream merely of the opportunity to make our way, and the freedom to go as far as our talents and our ambitions can take us. We dream of starting a successful family business and handing it down to our children one day. Some of us might dream of getting paid pretty nicely to write anti-capitalist screeds for a privately-owned magazine supported entirely by the very free market economy we disparage at every turn.

The greatest fallacy that’s overlooked by Myerson and his contemporaries is the idea that somehow all the things that they enjoy – iPhones and Starbucks and Prius’s and Twitter and Whole Foods – would continue to be available in the proletarian utopia they so long for. They honestly don’t realize that their lives would look a lot less like Portlandia and a lot more like Orwell’s 1984 if their collectivist wishes really came true.

This is the hurdle we Millennials must overcome. We need to GET REAL. Contrary to how so many of us have been raised to believe, merely wanting something doesn’t mean we’re entitled to it, and just because an idea sounds nice and fair doesn’t mean it’s a good idea or would actually work in the real world. We’re seeing the consequences of this immature worldview play out with Obamacare. A bunch of Progressive-minded folks had this really nice idea that everyone should have high quality, affordable health care and so they cobbled together the biggest policy failure our nation has ever seen. They were unable to translate their nice idea into workable policy, and millions of Americans are paying the price.

Of course this doesn’t mean there’s no room for improvement to the status quo. Our institutions are only as good as the people that comprise them. This is no reason, however, to abandon an economic system that has done more to improve the human condition than any other in favor of one that has never produced anything but misery and suffering. Each of us can do our part to make America’s free market more just and fair by ensuring that we as individuals live lives of integrity, responsibility, and charity; support businesses that exemplify these qualities; and pass these virtues along to the next generation.

I just pray that Millennials open their eyes and see Myerson’s siren song for what it really is: long on sentiment and short on everything else.